Rains are back, the world has gone to hell in an orange handbasket, and life has considerably less luster and promise than it did a few short months ago. So if you're a drinking man or woman, now's about the time to curl up with something warming and try to ignore the news for a few hours, because we need you to make it through these dark days. This too shall pass, as my mom likes to say, and below are some bars you might consider sidling up to where you can find a steaming hot beverage with booze in it to ease your weary soul.  Jay Barmann

The Hot Castle Dip at Bar Agricole
Owner and barman Thad Vogler created this take on a hot toddy last year for SoMa's Bar Agricole, and it was then featured in Bon Appetit (where they also published the recipe. It's an apple-mint tisane, as Vogler describes, "secret ingredients: Calvados and absinthe." The bar gets some special Calvados imported from Normandy (note also their sister bar, where Calvados is highlighted, Trou Normand), and this is as good a way as any to chase away a chill south of Market.  Jay Barmann
355 11th Street between Folsom and Harrison

Blackbird
In the winter months, Blackbird offers a toddy fit for teatime: It's Earl Grey tea with a generous slosh of Evan Williams Single Barrel bourbon, vanilla bean paste, molasses, and brown sugar. This is the drink for when you go out even though you feel a cold coming on. Will it cure your illness? Of course not, don't be stupid, but it'll make you feel better that night, and sometimes that's all we got. — Eve Batey
2124 Market Street between Church and Sanchez 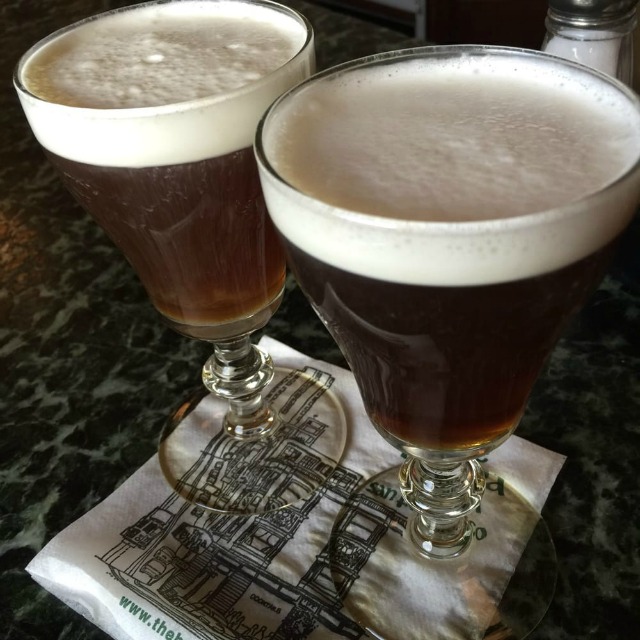 The Buena Vista Cafè
Caleb went deep on the Buena Vista's Irish Coffee a few years ago, allegedly the originator of the fabled drink. It's nothing crazy: just coffee, whiskey, cream, and sugar, but at the Buena Vista the tale's the thing, and you're drinking there for the history and ambiance as much as the steamy booze. Don't wait until you have guests in town to go, it's worth the trip to tourist-trapville even for locals. — Eve Batey
2765 Hyde Street between North Point and Beach 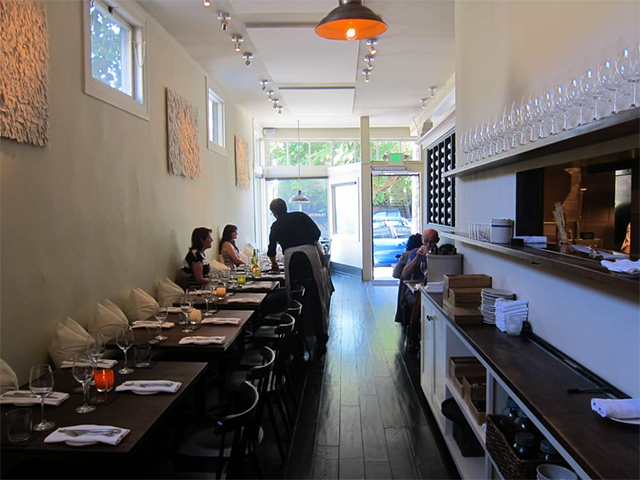 Frances' Old Tarley
Among the many comforting things available at Frances on winter's night is the Old Tarley, a cup of warm, spiced red wine. It's a perfect, soothing way to open a meal or a pre-dinner snack with some bacon beignets, or to accompany some Lumberjack Cake or Chocolate Monkey Bread at dessert.  Jay Barmann
3870 17th Street at Noe 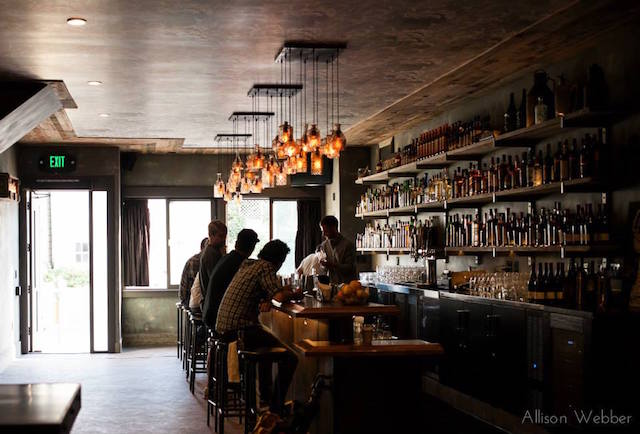 Holy Water's Hot Toddy
Holy Water, inviting on Cortland Avenue, is another warm up and hunker down spot, dark but also light in that lovely chiaroscuro way. The cocktails change frequently, but classics are always available and a hot toddy is always a good choice. Holy Water is one of just a few neighborhood drinking establishments that gathers a consistent, happy crowd, and you might keep in mind their happy hour, from 2 p.m. to 7 p.m., as well as their 11 p.m. "11th Hour," where nightly their bartenders mix up new concoctions. "Some things will be amazing, others not so much," they write by way of a disclaimer. "Customers won’t be obligated to pay for what they don’t enjoy." Tell them that you hate your drink and would like two more? — Caleb Pershan
309 Cortland Avenue between Bocana and Bennington Streets 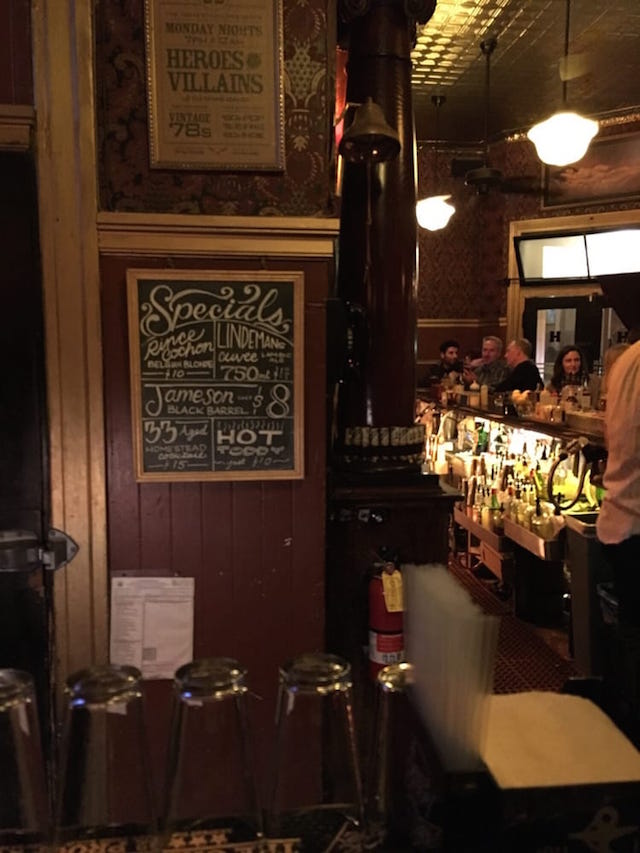 The Homestead's Toddy
A good place to hole up and nurse a drink for a century and a half, the Homestead is especially warming to the body and spirit on colder days, and its antique decor transports drinkers back to simpler times. Linger over a hot toddy here, grab a $1 basket of peanuts, and go ahead, throw your shells on the floor, what do they care? Also, if you can help it, perhaps just never leave. —Caleb Pershan
2301 Folsom Street at 19th Street 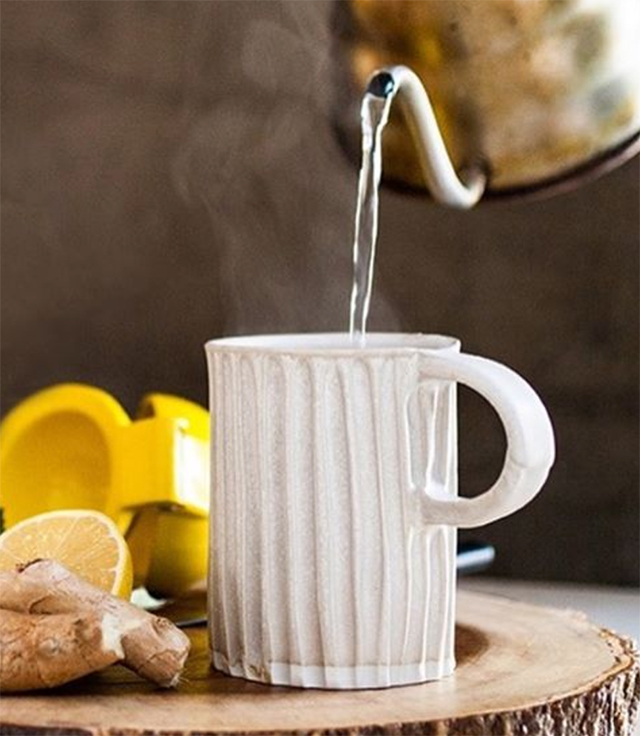 The Morris Hot Toddy
A mixture of Calvados, bourbon, lemon, and ginger, this hot cup of deliciousness is the perfect start to a warming winter meal at the much buzzed about new Potrero Flats restaurant  which also happened to land on SFist's Best New Restaurants list. Beverage director and owner Paul Einbund knows his way around a bar, and he created this concoction just for midwinter nights like tonight when all of us scramble to huddle indoors and shield ourselves from the wind and wet.  Jay Barmann
2501 Mariposa Street at Hampshire 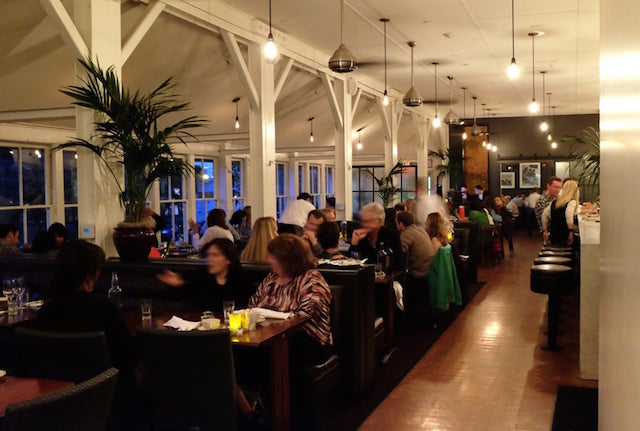 Presidio Social Club's PSC House Coffee
The Presidio can get chilly, so for a morale boost, this charming dining and drinking destination fixes an entire menu of hot cocktails from their PSC House Coffee, a play on the famous Tosca House Cap, to standards like Hot Buttered Rum. A favorite is the Drunken Earl, made with Wild Turkey Rye, Drambuie, and earl grey tea. As tea time arrives before cocktail hour, go ahead, have at it —Caleb Pershan
563 Ruger Street in the Presidio 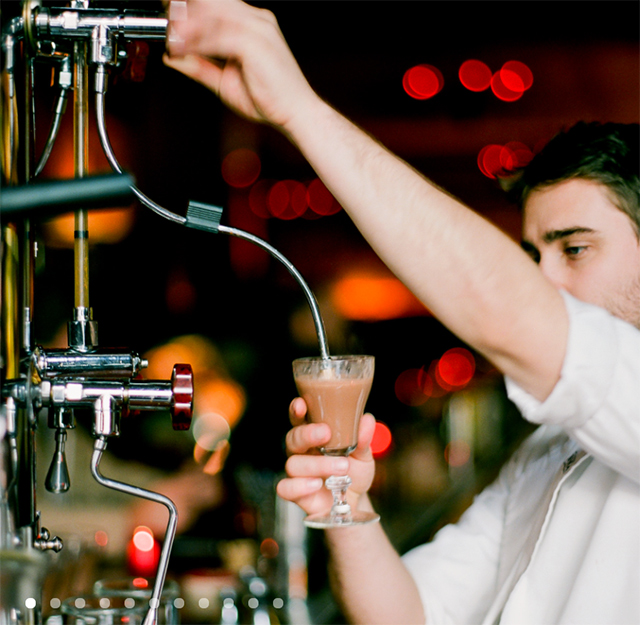 The House Cappuccino at Tosca Cafe
A product of the sneaky boozing Prohibition Era, Tosca's "House Cappuccino" is notable for containing no cappuccino at all. A revamp of the longstanding North Beach icon in 2013 updated the drink (while leaving the the red booths and the jukebox intact) to contain piping hot Dandelion chocolate ganache, organic milk, bourbon, and Marie Duffau Bas Armagnac. It's just like what you got your first time here, but better. — Eve Batey
242 Columbus Avenue between Jack Kerouac and Saroyan 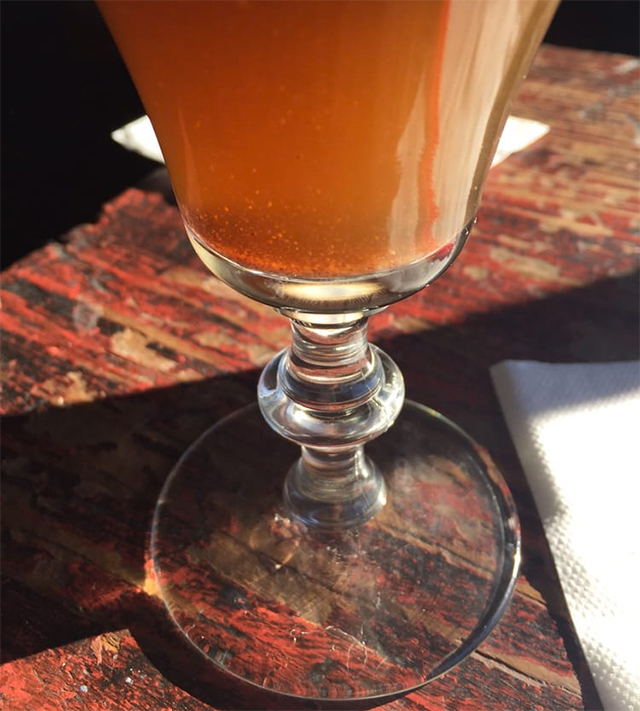 Irish Coffee or Hot Buttered Rum at Twin Peaks Tavern
The Castro's beloved "Glass Coffin," the oldest continually operating bar in the neighborhood and one of the first gay bars in the country to have big glass windows facing the street, is well known for its hot drinks on cold SF nights. They do a traditional Hot Buttered Rum, with their own house spice mixture in with the butter and sugar, as well as a classic hot toddy and an Irish Coffee, with multiple glasses of Irish whiskey lined up on the bar waiting for coffee and steamed milk, just like at the Buena Vista across town.  Jay Barmann
Castro at 17th Street

Related: The Best Fireplace Bars In San Francisco And The East Bay

A red-hot lava "fire hose" as it's being called is currently pouring off a cliff from the Kiluea volcano on Hawaii's Big Island, creating a dramatic show that's been ongoing for a couple

As we learned in November, Portland's celebrated Salt & Straw ice cream is set to open two locations in San Francisco this spring, its first in the Bay Area following an expansion to

—
The 10 Best Hot Toddies In San Francisco
Share this