It's been a while since there has been a boom in San Francisco hotels, and with the exception of the Viceroy makeovers of the Hotel Zetta (formerly the Hotel Milano) four years ago and the Hotel Zeppelin (formerly the Hotel Prescott) last year, there's been little growth in the local hotel industry. That all changes in 2017 with the coming openings of four new moderately sized hotels, as the Business Times tells us  three of which will be bringing new rooftop venues to town, and that is a great thing.

San Francisco is sorely lacking in rooftop bars, and sure we don't always have the kind of weather that makes you want to be on a rooftop, but El Techo de Lolinda (the former Medjool) has made it work with glass wind shields, and they get foot traffic year round.

All three of these will be clustered around mid-Market and SoMa, and at least one of them will be a full-service restaurant and bar open to the public.

First out of the gate in May will be the Hotel Via at 144 King Street, which the Business Times tells us will have "a rooftop lounge with private draped cabanas, communal tables and open-air fire pits." it's unclear if that one will be open to the public or just hotel guests, but the 12-story, 159-room hotel has "a minimalist loft concept."

There's an 11-story, 196-room hotel going in at 250 Fourth Street (pictured above, formerly the site of Olivet Theological University across from Yerba Buena and the Zeum) with minimal details and no opening date, but Axis Architecture confirmed to the paper that it’s working on "a ground-floor restaurant, lobby and bar, as well as a rooftop terrace." 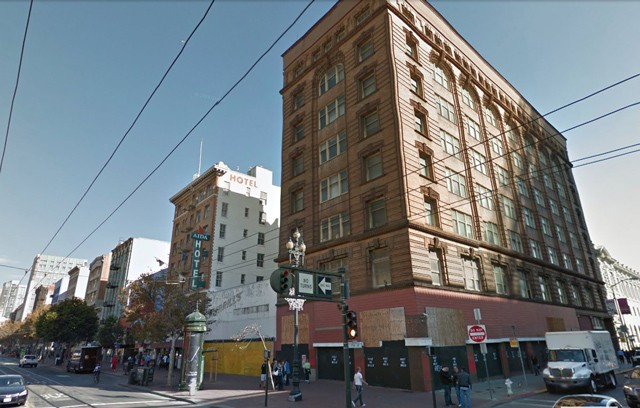 Then there's the Japanese-style capsule hotel from London-based Yotel headed to the Grant Building  an office building at 1095 Market Street, at the corner of 7th, that's been stalled in renovations under a couple different hostel/hotel concepts for five or six years. It, too, will have a rooftop lounge, as we first heard back in 2014, and it will feature 203 cabins and VIP suites, most with convertible beds. There's no opening timeframe for that either.

Finally, there's the long-awaited Proper Hotel, at the former Hotel Renoir across the street from the Grant Building, which is now going on four years of renovation. We first learned about the project, which is being designed by renowned designer Kelly Wearstler and is part of the Viceroy Group, back in 2013. Now we learn that it will include not one but three "chef-driven" restaurants on the ground floor, contain 131 rooms, and there will be another restaurant and bar on the roof. Below, a couple photos of the Wearstler-appointed rooms, via the hotel's nascent website. There's no definitive opening date but the Business Times seems to think it will happen this year. Other Proper Hotels are also springing up in Downtown LA, Santa Monica, and Austin. 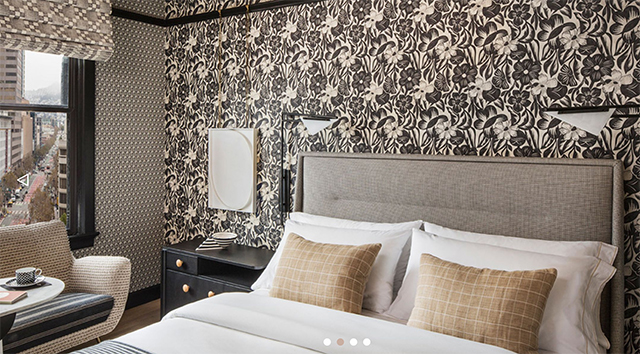 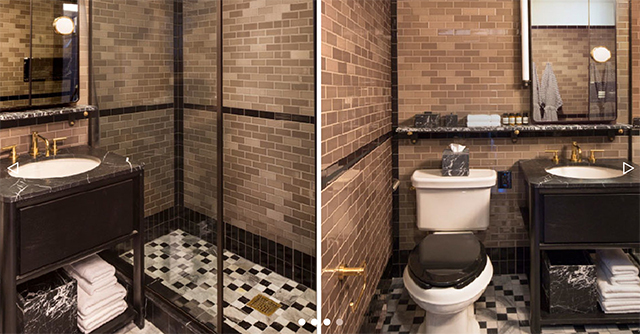 The Grant Building at the corner of Market and Seventh Streets. (Photo: Street View)

A bill introduced in California's state senate Thursday would allow residents to choose a third, “nonbinary” gender option on driver’s licenses and birth certificates, as well as allowing parents of transgender kids

I'm so tired. So tired of movies centered on morally bankrupt white men men who get rich off of the middle class, or the poor, or the backs of minority labor. So tired

—
Four New Hotels Are Opening In SF This Year, Three With Rooftop Bars
Share this