After over a decade of living in San Francisco but flying "home" every year, it occurred to me that, uh, this is my home! So I'll be staying in the city this Christmas, and am going to work actively to create my own traditions for the years to come. Any suggestions?

Snow Is For Suckers

I haven't had a white Christmas since I was very little and visited my grandmother in Baton Rouge, where I built a snowman on her front yard. It wasn't until a few years later that I learned that snow in Baton Rouge during Christmas was about as rare as it is in San Francisco.

So, while my San Francisco Christmases haven't been filled with snow, they have still been filled with lots of traditions, some that I remember fondly and miss every year, and others that I hope to continue into the foreseeable future.

One tradition I still miss to this day is the Christmas Carnival they used to have on top of the Emporium building on Market Street (now the Westfield Mall), something they stopped doing in the 1990s. You could visit Santa up there, get your picture taken, and then ride a Ferris wheel. And let me tell you, there's nothing like riding a Ferris wheel on the roof of an old department store to help convince a kid to be nice instead of naughty. 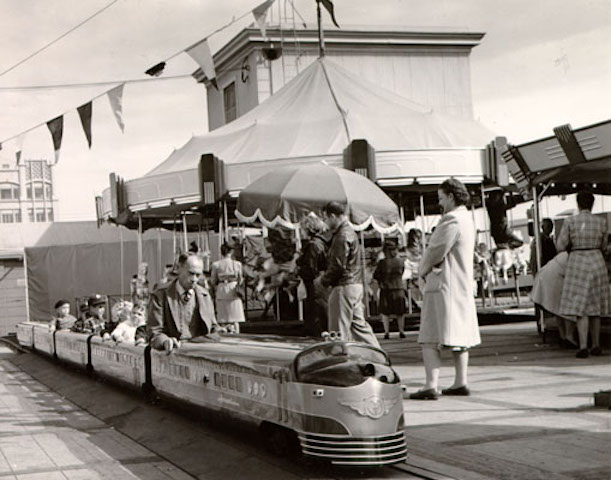 Another tradition I miss is riding the glass elevators in the St. Francis Hotel, and looking at the Christmas tree in Union Square from high above it. Those elevators used to be open to the public, but are now for registered guests  or clever intruders  only. Bah humbug.

Of course you can also get a bird's-eye view of the Union Square tree from Macy's, but that would likely require eating at the Cheesecake Factory, and I wouldn't wish that on anyone. So, maybe just sneak onto the restaurant's balcony long enough to snap that selfie and move on.

Or you could look at two Christmas trees if you go for lunch or tea at the Rotunda in Neiman Marcus, since the tree in the store is on full display in the restaurant, and the windows look out onto Union Square. I like going the week after Christmas, because by that point they've had enough Christmas parties that the tree is filled with the popovers drunken diners have tossed into it. 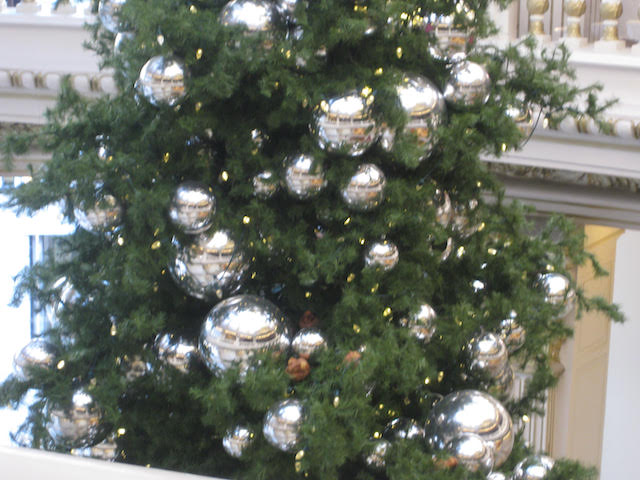 Can you spot the popovers? Photo: Rain Jokinen

After lunch, you can go look at the adoptable animals from the SPCA in the Macy's windows, as they'll be there through January first.

Growing up, I always went to midnight mass on Christmas Eve. I'm not Catholic, but my grandmother was, and I always had fun getting to stay up late, barely keeping awake during the service, and then gorging out at the potluck afterwards. And let me tell you, it was a damn good potluck, as most of the church's parishioners were Filipino.

St. Joseph's had to close after the 1989 quake, and never reopened, so we moved on to St. Patrick's downtown. Eventually their midnight mass was changed to a 9 p.m. mass, because people were getting mugged when it was held later, and it never felt the same. So after my grandmother died, the tradition kind of died with her.

But I still missed hearing Christmas carols being sung by a choir, so for the last six years or so I've been going to Old St. Mary's on California Street to listen to their Christmas Eve concert, which happens before midnight mass, from 11 p.m. to midnight. (And then I sneak out before the mass begins, like the heathen I am.) 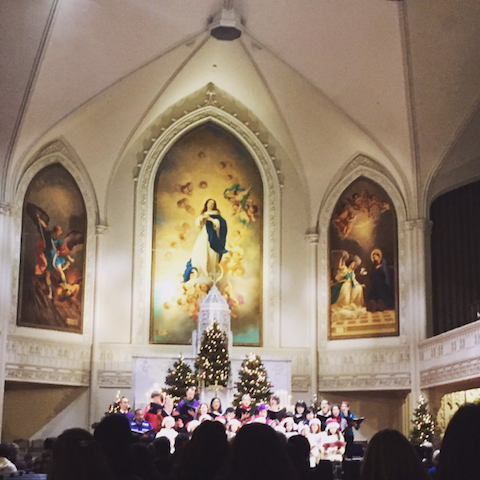 On Christmas Eve I also like to load the family into the car and drive out to see the Tom and Jerry house at 21st and Church Streets. If you haven't yet seen it, GO DO IT RIGHT NOW. It is seriously the most insane Christmas display in San Fransisco, or maybe the whole Bay Area, and it really defies description. Pictures can't really do it justice either because of the sheer scale of the thing. 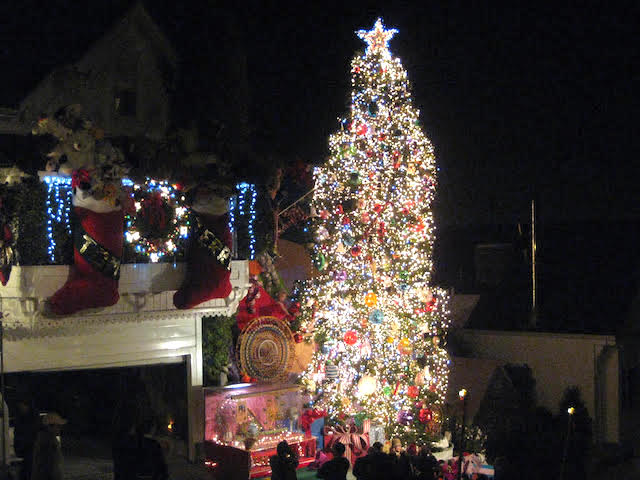 On Christmas Eve they sometimes have a Santa on site, and one year it was pretty obvious the Santa was likely just a friend of Tom and Jerry's wearing a Santa suit. It was also pretty obvious he was a little drunk. When someone asked him, "What do you want for Christmas, Santa?" he replied, "AN APOLOGY!"

Other traditions include seeing the San Francisco Ballet's Nutcracker; walking through the giant gingerbread house in the Fairmont lobby; and watching the tree lighting in Huntington Park. But somehow, hearing a drunken Santa demanding an apology from the universe in front of a San Francisco couple's batshit-crazy, three-story high Christmas display is a memory I will treasure above many others

That some customers were getting violently ill, vomiting and defecating for hours, after eating the meal-replacement product Soylent Bar is not up for debate. What is, however, is the root cause of all

Get over $150 off these rechargeable TSA-approved lighters. Plus, they're the closest thing you can get to a real lightsaber. Find a light even in the worst weather with these powerful electricity-powered lighters: