The first entry point for The Speakeasy is Jack Kerouac Alley, the narrow walking street between Vesuvio and City Lights Books named for an American writer who was himself born too late to have ever had to drink in secret during Prohibition. You'll be directed, via e-telegram, to look for a woman with a red umbrella, or a man with a blue hat, or another figure standing in the shadows, and from here, you'll receive your instructions. The new  secret!  location for Boxcar Theater's immersive romp into underground nightlife of the 1920's is, much like the first iteration two years ago, impressive in its construction and attention to detail, and undeniably fun as an experience for younger theater-goers especially. With some investors from the tech sector they've built out their basement cabaret, casino, and saloon spaces that double as stages for vignettes involving about 50 performers, portraying mobsters, bartenders, chorus girls, WWI vets, and even teetotalers down from Santa Rosa, and throughout the three-plus hours of your evening, you'll be sitting in the middle of it all, and maybe even buying a drink from one of them.

The script, I'm told, is now some 1500 pages, and thus this choose-your-own-adventure piece of multi-room theater can't be experienced in full in just one visit. But as an experience with a couple of costume-friendly friends  all visitors are encouraged to dress to the period, or at least dress up somehow appropriately  it remains a fun time that's especially well suited to short attention spans and those who find themselves too restless to sit still in a theater seat for several hours.

You'll begin the night either in the bar, the casino, or the cabaret  I started mine in the bar both times I've seen the show, and this makes for a darker and more dramatic start to the evening, with levity to follow  and the new space offers a multitude of lighting effects and specifically pointed spotlights that must make for an insane control room for light techs and the stage manager. In addition to the two main rooms, the casino is much larger this time, with five game tables and room for small scenes to play out in the center, and there is a new parlor room where scenes take place as well.

Guests are told they can follow particular characters around in order to learn more about their stories, but in a given visit this would be difficult to do for more than a minute or two since characters often seem to have three-minute explosions of drama, perhaps followed by another in a second room, followed by them disappearing behind a door marked private, i.e. backstage. 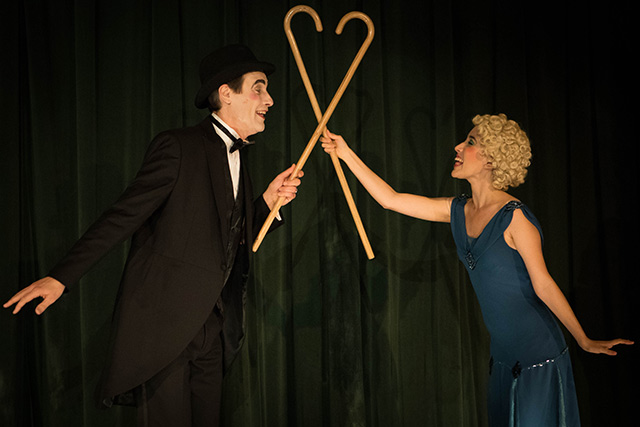 And this brings me back to my only fundamental complaint about version 1.0 of The Speakeasy, which was that the various plot lines seemed very hard to follow, a bit hollow or clichéd (with some exceptions), and kind of beside the point. You attend a night in The Speakeasy for the immersive, hands-on thrill  correction: you can talk to the dealers in the casino, play craps and roulette, and order drinks and snacks from waitresses and bar staff, but otherwise there's no talking to the performers (unless they talk to you) and no touching. It's like a more detailed and dramatic ride at Disneyland, with real people instead of animatronics, and real booze to drink, and you're there to have fun and enjoy a few of the delightful acts in the cabaret that don't have any bearing on the plot  the cabaret performers seem several tiers better, too, than the first iteration, with Megan Wicks as Velma, and Anthony Cistaro as Eddie being particular standouts in their vintage Vaudevillian routines. Cistaro, who serves as emcee throughout the evening with ghostly pancake makeup and cartoonish eyebrows, is astonishingly good at summoning the goofy, smarmy, over-the-top air of this long-gone era of performer.

But that's not to say you won't get pulled into the various other stories hiding around different corners of The Speakeasy, including those you can watch unfold through windows in the wall of the club's manager's office, or those that are lurking around the men's room  this iteration includes a bit about closeted homosexuals getting busted by cops, not to mention some discussion about segregation and racial tensions when an African-American singer is invited to sit on a stool at the bar because it's his birthday. 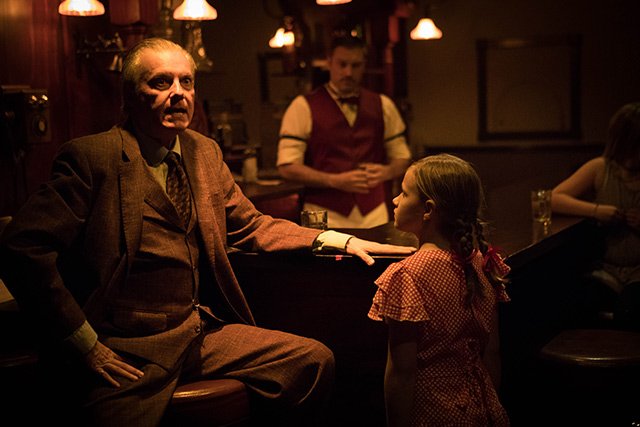 You can expect that many people will celebrating their birthdays or other special occasions at The Speakeasy, and though the no-cellphones, no-talking rules are enforced, the more audience members have to drink the more chatty they naturally become, leading to a greater since of chaos in the final hour of the night as the actors navigate around the rowdy.

And, to be certain, most attendees won't likely be going back too many times to get a better sense of the stories, if only because that could get cost-prohibitive. Tickets are $90, and you add to that a few drinks over several hours, and you're looking at a fairly pricey evening without food. There is also the option of just heading over for a taste of the space on Friday and Saturday nights at 11:30 p.m.  after the "show" lets out, the place becomes "Club 1923," and you can drink and enjoy the cabaret acts without the added theatrics.

The Speakeasy plays Thursday to Saturday at 8 p.m., with Sunday shows starting at 5 p.m. Reserve here.

The selection of a new SFPD Chief was not, Mayor Lee assured a packed City Hall press conference this morning, a choice between "insider and outsider," but instead a measured decision based on

—
'The Speakeasy' Remains An Unpredictable, Immersive Delight In Its New North Beach Digs
Share this