The two founding members of Metallica, James Hetfield and Lars Ulrich, have long been presences around the Bay Area and have owned property here, but that may be changing. Last year Ulrich put his 140-acre Larkspur property on the market, abandoning plans to build a gigantic mega-compound there  perhaps influenced by a new marriage to model Jessica Miller. And now Hetfield just gave a podcast interview to comedian Joe Rogan in which he goes off about the Bay Area, in particular Marin County where he's lived for many years, explaining that he's moved his whole family to Colorado to escape the "elitist attitude" he encountered here  in particular toward his enthusiasm for guns, and hunting.

Blabbermouth.net recounts much of the interview, and Hetfield explains that his wife of 19 years, Francesca, grew up partly in Vail, Colorado, and always preferred skiing there to Tahoe, where Hetfield's three teenage kids grew up skiing.

Also, he said, he just got kind of sick of dealing with his Marin neighbors.

From the interview, originally broadcast on "The Joe Rogan Experience":

"I kind of got sick of the Bay Area, the attitudes of the people there, a little bit. They talk about how diverse they are, and things like that, and it's fine if you're diverse like them. But showing up with a deer on the bumper doesn't fly in Marin County. My form of eating organic doesn't vibe with theirs."

... "I feel more at home in the Midwest or the mountains or something. I mean, I love the ocean, and I love the Bay Area, I love what it's got to offer, but there's just an attitude that it was It wasn't healthy for me. [I was] starting to feel like I was just fighting all the time, and I just had to get out of my own head. So Colorado does it for me."

"I'm glad there is a place [like San Francisco] that prides itself, on being progressive, very moving forward: 'Hey, we're creating the future here.' And I love the convenience and stuff of that. But then there's a part of me that just maybe is like frontier-style. I just love that. I would rather be simple."

Curiously this follows just four months after we learned that Hetfield was scaling back development plans for hundreds of remaining acres of land he owns in Marin County, on the south side of Lucas Valley Road adjacent to his own Rocking H Ranch. The Mercury News reported on the decision in August, and at the time Hetfield submitted revised plans to build just four homes on 40 acres of property, down from 27 to 34 homes that he had submitted a pre-application to build earlier. 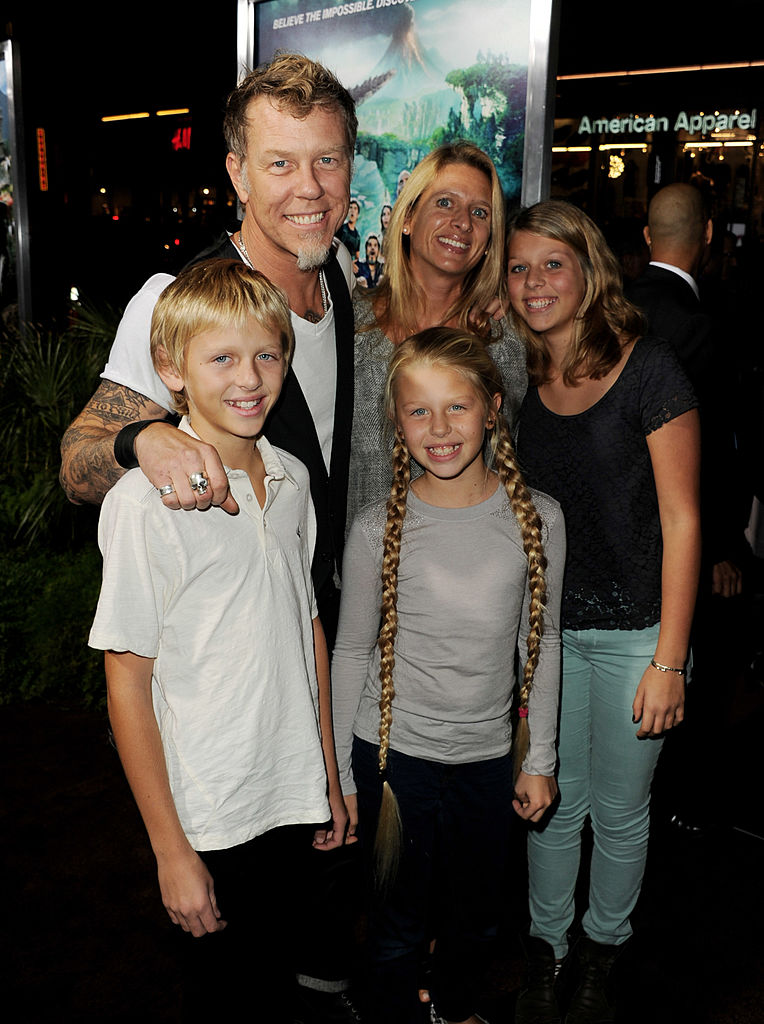 The new plan also included a new donation of 230 acres to the Marin County Open Space District, adding to hundreds of acres he and wife Francesca had already donated as protected open space.

And at the time a developer friend of the Hetfields surmised to the paper, "I think what you’re seeing over time is James’ and his wife Francesca’s dedication to keep Marin great," saying that they loved spending time outdoors and wanted to preserve more of the open space corridor in Lucas Valley.

But the new interview suggests some bitterness with Marin County which maybe had something to do with these abandoned development plans? (Hetfield previously had some unhappy Marin neighbors in 2008 when he erected a fence blocking a fire road on his private property that had been used for many years by equestrians and cyclists.)

Anyway, if you ever watched the 2004 documentary Some Kind of Monster, you might have an idea about Hetfield's personality, and maybe we should take all this with a fat grain of salt and assume he hasn't suddenly sold off the ranch and music studio he built a decade ago in Lucas Valley, or else we would have heard about it.

Hetfield and his family in 2012. Photo: Getty Images

DNA Lounge is hemorrhaging cash, and is on the verge of closing its doors for good. So writes the owner of the SoMa nightclub, Jamie Zawinski, in a lengthy blog post published this

—
Metallica Frontman James Hetfield Found Bay Area Too 'Elitist,' So He Moved His Family To Vail, Colorado
Share this