28-year-old William Sims was fatally gunned down on November 12 outside a bar and pool hall called the Capri Club in El Sobrante, and four days later authorities apprehended and charged 31-year-old Daniel Porter-Kelly of Richmond with his murder, soon adding a hate-crime enhancement because of reports that the killing was racially motivated. At the time the Contra Costa County Sheriff’s Office also issued arrest warrants for two other men, Ray Simons, 32, of Hercules, and 31-year-old Daniel Ortega, who resided either in Novato or Richmond, and now as KRON 4 reports, Simons has been arrested.

Citing the ongoing investigation, prosecutors have not said why the hate-crime charge was added for the three suspects, who have all been charged with murder and robbery. But the victim, Sims, was African American, and all three suspects were white or Hispanic, and Contra Costa Sheriff’s Office spokesman Jimmy Lee earlier told the East Bay Times that investigators believed race was a factor in the murder, which occurred following a dispute inside the bar in which witnesses say Sims was "jumped" by several men.

Sims was found by a sheriff's deputy at 2:11 a.m. on November 12 lying in the roadway along Appian Way near Garden Road, directly outside the bar, suffering from a single gunshot wound. According to the East Bay Times, "Sims was a retail worker and musician, and authorities said he had no criminal history or gang ties."

Two weeks after the murder, a family friend and spokesman, James Harris, told the East Bay Times of Sims, "This was the most peaceful man. A very gentle soul. He didn’t have any problems with anyone." He said that Sims played guitar, saxophone, violin, and piano, all self-taught, and sang in a five-member ensemble.

Ortega remains at large, and you can see his photo, along with that of the victim, below. Ortega is considered dangerous and should not be approached, but anyone with knowledge of his whereabouts should contact the Contra Costa Sheriff’s Office at 925-646-2441.

Previously, Ortega's mother, 54-year-old Renee Brown of Novato, was arrested on suspicion of interfering with the investigation, as CBS 5 reported, and it's unclear how long she was held on that charge. 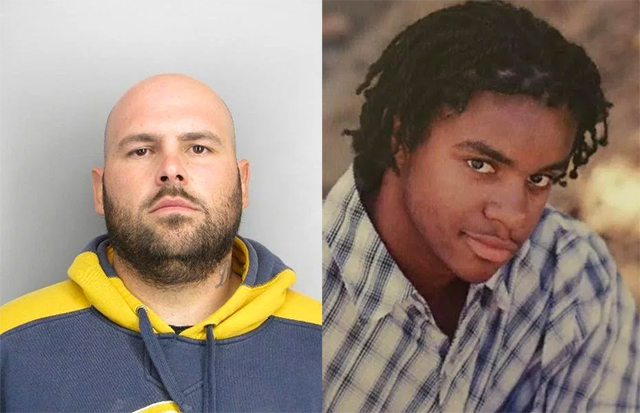 If you're looking to drop $12 to ice-skate or doing a round of holiday shopping at Macy's, Union Square has you covered. Otherwise, the chain store-filled blocks surrounding that public plaza don't tend

Refried Cycles, a Dr. Frankenstein's laboratory of bike parts expertly combined and brought to life, is gone. Their phone number has been changed and Yelpers and Facebookers report the store as permanently closed.