China Live, the ambitious, four-story food hall and restaurant project from restaurateur George Chen (he owned the former Shanghai 1930, and originally opened Betelnut in 1995), has finally got an opening timeframe set for January, just shy of two years later than it was originally set to open, in March 2015. Eater reports that the much-delayed project at 644-660 Broadway, which has been in the works for at least three years and under construction for more than two (SFist first talked about it in August 2014), intends to be open in time for Chinese New Year.

As we had heard in years past, China Live is intended to be akin to Eataly in New York, with multiple components under one roof including retail marketplace, several bars, a tea house, and a pair of restaurants including a fine dining, destination spot.

The latter is called Eight Tables, and will contain just that, eight tables wherefrom you can enjoy a 12-course seasonal prix fixe for about $200 per person, at least in 2014 dollars.

In addition to the retail-focused Marketplace on the ground floor, there will also be the more casual Market Restaurant & Bar, which we learned earlier would have 155 seats and boast "five specialized exhibition kitchens, including a noodle bar, a dim sum and dumplings kitchen, a Chinese charcuterie and barbecue station, a seafood and raw bar, and a rice table and seasonal vegetable kitchen." Also on the ground floor will be a tea shop called Oolong Café.

Chen is working with his wife Cindy Wong-Chen on the project, and along with Eight Tables on the second floor will be a a craft cocktail bar dubbed Madame’s Parlour (at least that was the original name) with 42 seats, and an event space.

Eater also reports that Joey Altman, executive chef/owner of Menlo Park’s Wild Hare, will direct culinary operations, and Chi-Feng Lin has been hired as chef de cuisine, presumably for both restaurants, though that is unclear.

Stay tuned for more as we learn it. 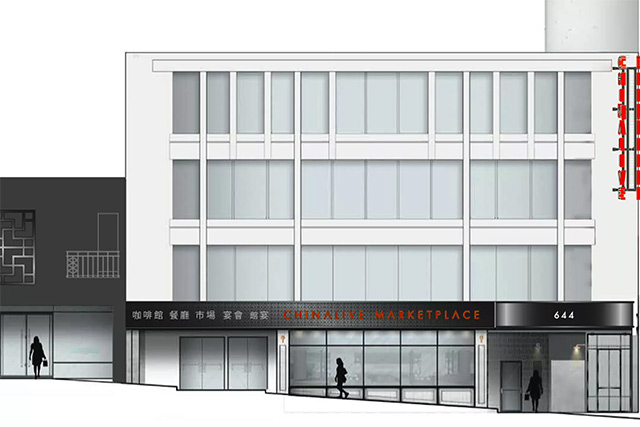 Has there ever been a better time to escape into the soothing oblivion of a dark movie theater? Not to mention one where you can drink at your seat and where you're expressly

Fact: No one cares about facts anymore, especially on the right and alt-right. As Americans increasingly prefer what Stephen Colbert once dubbed "truthiness" to truth itself, it's not respected news sources citing verified