San Francisco's political elite set aside campaign squabbles for free food and drink at John's Grill once again Tuesday, and with a crowd of more than 2,000 packed into the famed old-world restaurant next door to the Flood Building before noon, rubbing elbows wasn't just encouraged, it was required. 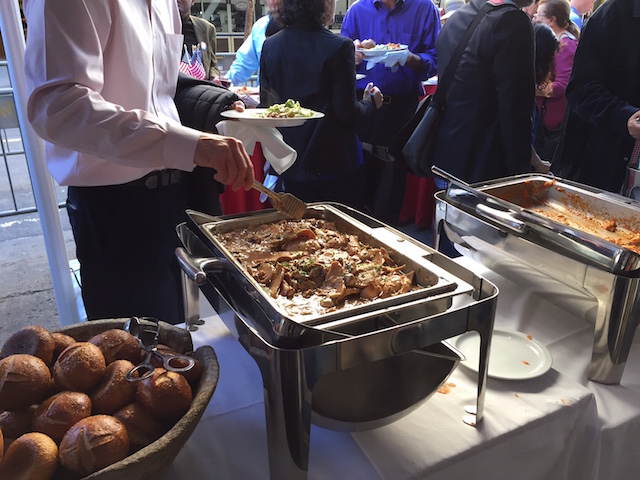 They say there's no such thing as a free lunch, but Willie Brown disagrees. You just have to get somebody else to pay for it.

As Chronicle scribe Leah Garchik recalled last year, although Brown had claimed in his column preceding the event that drinks and food were at least partially on him, he hadn't spent a dime. Instead, John's Grill's owner John Konstin had ponied up $50,000 or so. 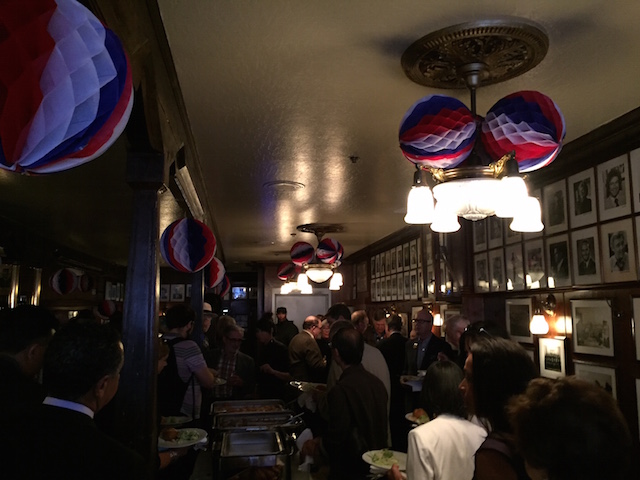 As Brown wrote in his own column the next day,

The election day party at John’s Grill got me into some hot water.

When owner John Konstin agreed to host an election day free lunch, he asked, “Who will be coming?”

“Who are all these people?” he asked.

Being the good sport that he is, John didn’t blink or cut corners, and served up the high-quality food John’s Grill is known for.

This year, the politician was a bit more forthcoming. "I’m hosting, John is paying," Brown wrote before this year's party, "And the naked Trump statue will be available for souvenir selfies." 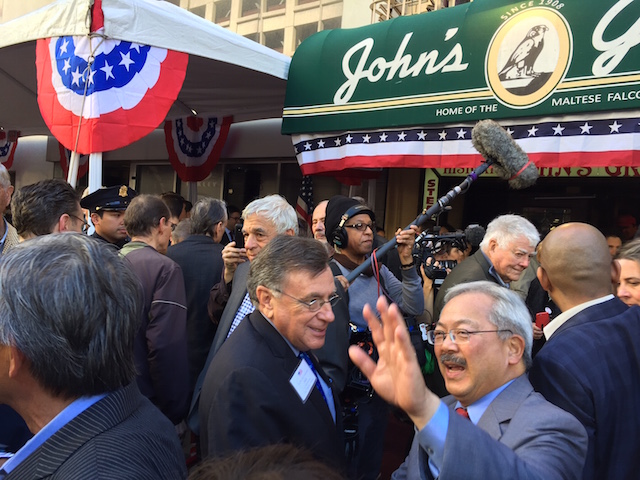 True to Brown's track record, the statue was nowhere to be found. However, John Konstin joked to SFist that the crowd was "all Brown's buddies... including Donald." Here, Konstin smiled, glossing over the comment that was legible as both a take-off on Brown's own gag and a dig at the former mayor's seeming defense of Donald Trump in his column this fall. 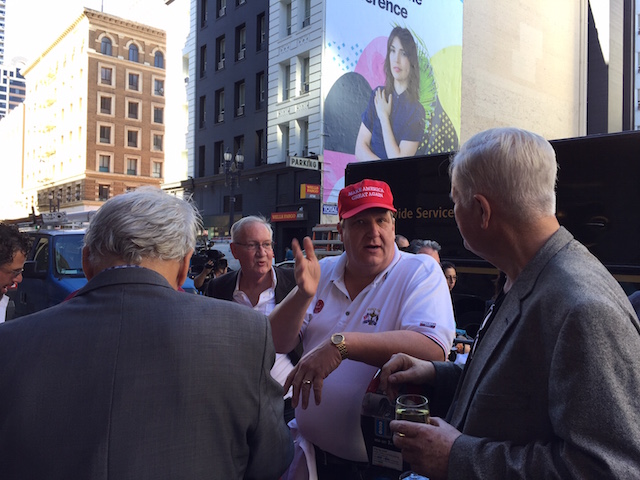 Speaking of which, one man (whom I initially mistook for Chris Christie) was proudly and unironically sporting a "Make America Great Again" hat at the lunch, an event were Hillary buttons were far more common. The Trump supporter hypothesized that Brown, who was wearing his trademark fedora, might even have a red hat of his own. He'd been reading Brown's column, the Trump loyalist said, and he could tell Brown was a closet Trump fan. 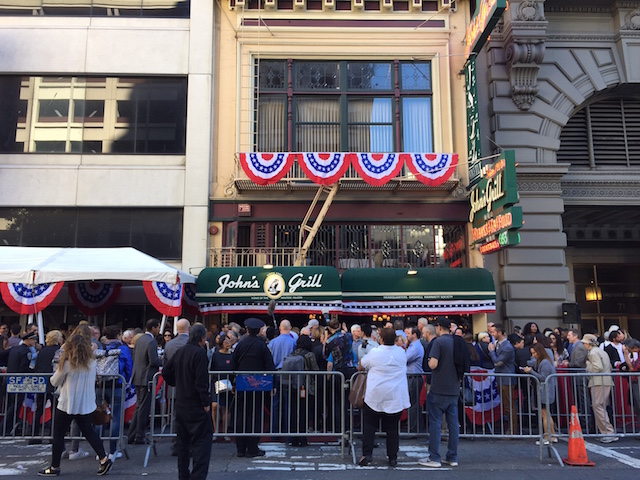 It was a testament to the tenor of the luncheon that even such provocation didn't ruffle any feathers — not even the one tucked in Brown's fedora. The votes had already been cast, and the food was indeed free, or rather, courtesy of Konstin, who told SFist that his chefs made enough pasta and chicken for about 4,000 guests.

Once this election is over we'll all be able to breathe easy, right? It'll be time to "heal," so to speak, and not to drink the pain away, I pray. The world will,

One Stockton single mother of six is potentially facing up to two years in jail after she sold $12 worth of leftover food via a neighborhood Facebook group. Yes, you read that correctly.