In early October, Soylent consumers who also use Reddit — overlapping interests that should surprise no one — reported symptoms like vomiting and diarrhea after eating the brand's newly introduced food bars, and Soylent soon halted sales of its bars as a result. Employees of the meal-replacement product company said they tried the dorm-room science method of eating some of the bars themselves, and though none of them became sick, they decided to proceed with caution nonetheless. In an update to the company's blog, representatives have followed up with more news: In continued testing, no food pathogens, toxins, or outside contamination were found in the bars. Instead, "The absence of a positive test has allowed us to shift our focus to whether any one ingredient might be triggering a food intolerance," they wrote.

During our review, we noticed that a handful of consumers (less than 0.1%) who consumed Powder 1.6 over the past several months reported stomach-related symptoms that are consistent with what our Bar customers described. Interestingly, we didn’t see similar complaints during the 1.5 formulation. This possible connection allows us to narrow the field considerably given there are only a few ingredients that are specific to only our bars and Powder 1.6.

The company's coffee-flavored, caffeinated breakfast drink, Coffiest, has not received complaints, nor has its Soylent Drink, a pre-bottled version of Soylent. "We are going to continue to look into this further and share our findings with the FDA so that they can do their own evaluation," representatives write, and that sounds like a wonderful idea. "If you have used Powder 1.6 without incident, we see no reason to stop enjoying it," they add. "But if you have had any sensitivities, we suggest discarding whatever is left."

Soylent plans to alter its recipe and reintroduce Soylent Powder by Q1 2017 or earlier. However, if my personal experience is any indication, it shouldn't be hard to order Soylent despite supposed discontinuation. Earlier this month, several days after Soylent pronounced it had stopped selling its bars, I was able to buy them in a pack along with Coffiest and Soylent Drink from Soylent through Amazon.

Reader: The bar tasted good, pretty much exactly like a Cliff Bar, and I felt fine. Though, to be totally frank, Coffiest did have the usual accelerating effect of coffee on my digestive system. 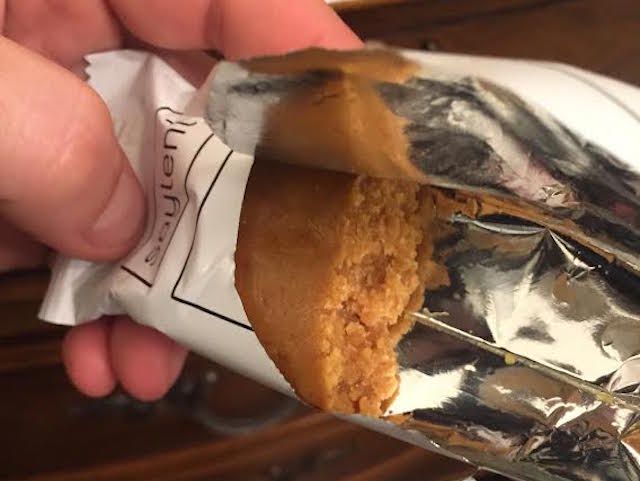 [Update: This post has been updated with comment from Safeway communications and government relations.] Your booze runs may experience double toil and trouble at certain San Francisco Safeway stores this Halloween weekend, as

When news arrived yesterday that Twitter intended to shutter the video looping service Vine, the internet loudly lamented the impending loss. The 6-second repeating videos have become a pop-culture staple since the company