For decades, Mission High School has had the reputation as one of the roughest, toughest high schools in the San Francisco Unified School District. But the place has been safe-spaced up significantly for LGBTQ students in recent years, thanks in no small part to the efforts of Mission High’s Gay-Straight Alliance and a nonprofit called Queens of the Castro. Mission High has the distinction of being first public school to host an LGBTQ/drag show assembly, and last weekend saw the fourth annual iteration of the show High School Is A Drag that gives recent high school grads a chance to queen (or king!) it up on the same stage as RuPaul’s Drag Race Season 3 winner Raja Gemini and Miss Gay United States 2016 Bianka Simone.

Queens of the Castro has raised more than $45,000 in scholarships for LGBTQ youth in the Bay Area, some of which was awarded at Saturday night’s show. SFist was on hand for the proceedings, to meet and speak with out gay teens who attended and graduated from Mission High in recent years and explained to us their contemporary high school experience. 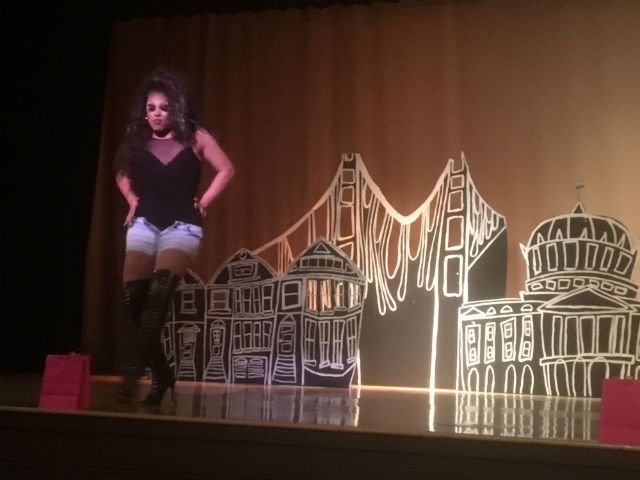 “Being out for me at Mission was a different kind of battle,” said Rexy (Mission High, Class of 2015, who walked her graduation ceremony in full drag), seen performing above. “I wasn't fighting to be able to be out, but I was fighting for representation of LGBT people in subjects like History and English. I was fighting for a welcoming school for future students.”

“At first my biggest battle was having teachers respect my name,” Rexy told SFist, noting that high school attendance lists tend to use the gendered names students were assigned at birth. “Many of them refused to use the name that I used, which is Rexy, but they would go by my birth name.” 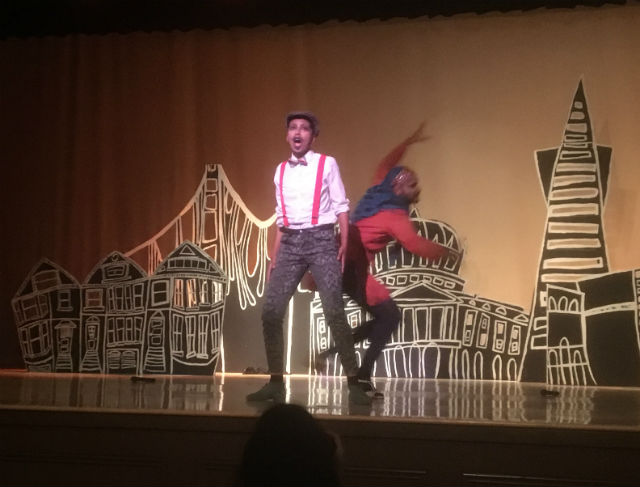 The surprising aspect of Mission High students describing their experiences was how few of them recounted significant incidents of bullying from other kids. "It didn't matter that I was queer/bisexual,” said Laine (Mission High, Class of 2015). “I was just Laine, who talks a lot and helps people with math homework.” 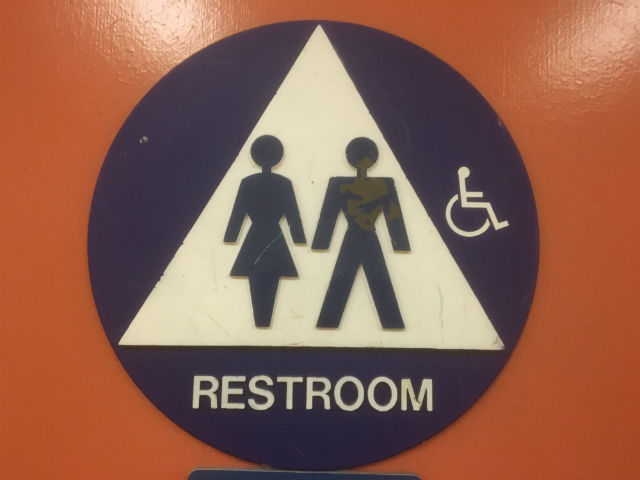 Whoa, they have these at Mission High now? Yes, but it's just a faculty bathroom. For all I know. it's always been this way. Image: Joe Kukura

The better, safer scene for gay students at Mission High School isn’t just reflected in anecdotes. Saturday night was the eighth drag event Queens of the Castro has hosted at Mission overall, reaching more than 6,000 students overall and inspiring similar events at Washington and O’Connell high schools. Furthermore, in the four years of Mission High’s Gay-Straight Alliance the school has risen to rank as one of the safest for LGBTQ youth in California according to student and health surveys. To which the Queens of the Castro and the Mission High Gay-Straight Alliance would probably say, “Mission Accomplished”.

Last week, Jardinière chef/owner Traci Des Jardin introduced diners at her Hayes Valley restaurant to a plant-based burger from Impossible Foods, a company for which she is a consultant. Due to its

This next-level watch delivers app notifications, locates your phone, and much more. Who says great smartwatches have to cost hundreds of dollars? The Martian Notifier Smartwatch is a cutting-edge, sophisticated smartwatch that’s