It can be difficult to find the words to discuss mental health, but that's just what designer Indhira Rojas hopes to do with her new print magazine project. "Nearly half of American adults develop a mental illness in their lifetime [and] depression affects 350 million people worldwide," the website for Anxy Magazine reads, "Yet the struggle to be well is still a shameful secret so many of us lock away—despite the fact that it drives so many of us."

As Rojas tells SFist, "We want to put language to emotions that might be difficult to understand." Most recently, Rojas worked at Medium, where she saw that "there was a powerful way to change what people think through storytelling." But with her skills in design and a variety of visually impressive editorial projects to her name, she'll also have an entire visual vocabulary at her disposal. Previously she was the first art director for the Bold Italic, the design-driven San Francisco website once owned by Gannett. It's there she met Jennifer Maerz, later that publication's editor-in-chief until The Bold Italic ceased operations last year (its name and assets were later purchased, and it's now under different management).

Rojas approached Maerz with her idea for the bi-annual print publication, and Maerz signed on as editor-in-chief. "Doing something in print form, especially something that's very design-focused, slows down what can be a warp-speed online conversation about mental health," says Maerz (who is a former editor and current friend of mine). As evidence that a more public conversation about our inner lives is possible, Maerz cites popular podcasts that touch on mental health topics such as BuzzFeed's "Another Round" and Marc Maron's "WTF." While she'll surely be working with words, "some of the conversations [in Anxy] will be visual in a similar way to what we conceived of with the Bold Italic," Maerz says, indicating that illustrations and photo essays are fair game. 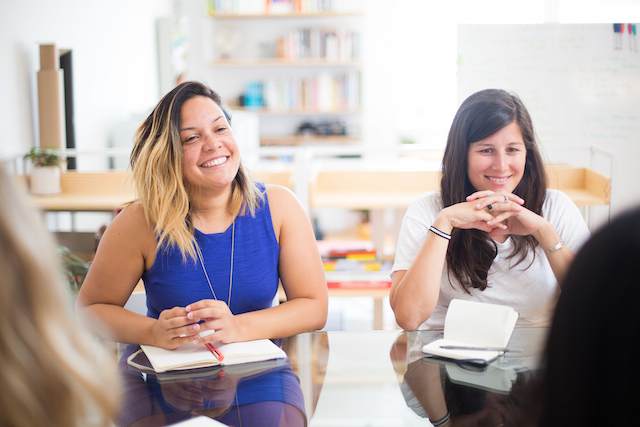 Also on the Anxy masthead, along with editors from Medium and Matter like Madison Kahn and Bobbie Johnson, are an "inner circle" of mental health professionals. Those include a Licensed Marriage and Family Therapist and a Clinical Art Therapist. While the DSM this is not, Rojas tells SFist that these professionals will help frame the narrative. "When you don't have a word for something, it makes it more difficult to understand, so mental health professionals can bring in those terms."

Yesterday, Anxy launched a fundraising effort on Kickstarter, who have endorsed the idea as a "project we love." There, Anxy hope to raise $50,000, and so far 144 backers — who will receive issues of Anxy, tote bags, posters, and other rewards —  have donated more than $10,000 in under 24 hours. In 28 days, if funding is reached, the the team may start to add an online or newsletter component, or even begin to organize events. "Depending on the response, it won't just be a personal project, but a sustainable business project with a strong impact," Rojas hopes. "We don't want to be a one-time Kickstarter, but a sustainable platform and community."

To find the words for the publication itself, Rojas needed a name. She landed on Anxy by accident: English isn't Rojas' first language, and she had once confused the spelling of angsty as "anxy." Now, it gives her a new word to work with. "It feels a little more general than just anxiety, or just depression," she says. "It's this nervous energy that kind of like drives us. It gets disruptive, yeah, but it signals something... it feels like a new word that doesn't have these negative associations with it, so we can totally own it, and say, this is a positive way of talking about all this."

Our required Indian Summer has finally  thank god  come to SF as of Sunday, and while it's a bit cooler today, the warmth is expected to spike back up to 80 this weekend

A group of mid-day muggers were tracked down by the San Francisco Police Department Monday, after the miscreants accosted two women for their lunch. The female victims were walking near Sacramento and Franklin

—
Editors From Medium And Former Bold Italic Kickstart 'Anxy,' A Magazine About Mental Health
Share this