Hey everybody, Apartment Sadness returns today after a brief hiatus to show you this gem of a property in someone's backyard in North Oakland. It's a trick we've seen before, sadly  a presumably uninsulated toolshed, sans plumbing, converted into a questionably legal living space.

The "small cottage" clearly has no bathroom or kitchen, and the ad states outright "you come into the house for that." But hey! If you really want to live semi-alone in someone's backyard, rather than sharing a bonafied, legal apartment somewhere nearby for basically the same price, this is such an awesomely bohemian choice!

It's so kooky and unconventional, they can't even take the pictures straight! 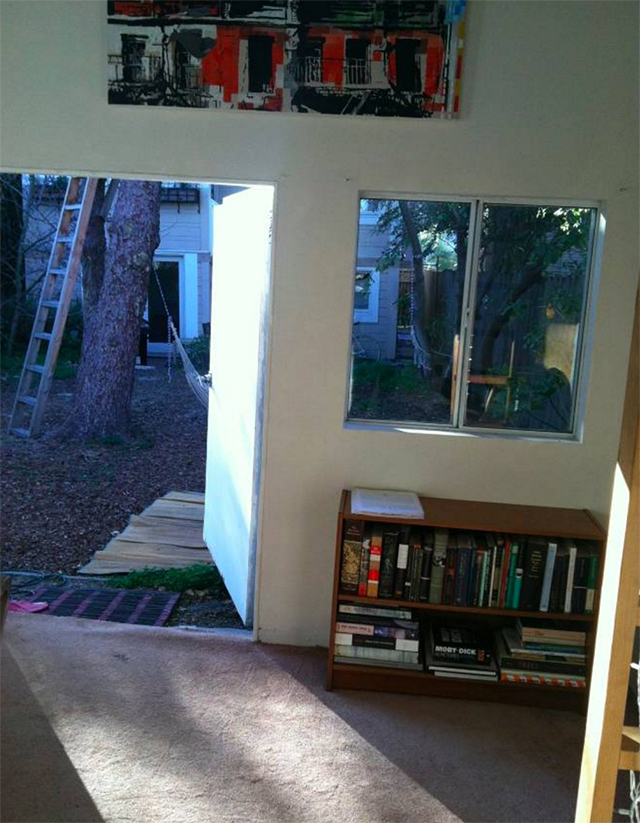 The cottage is located in a quite [sic], creative backyard with lights and a bathtub and treehouse. Come inside for the bathroom and a nice house with a great kitchen. There are five outlets and a little loft. People have used it as a writing/ office space and others have lived in it- do can do either (or both).

Yeah, what's with that bathtub? It's shown at a distance, but it doesn't look like it's planted with flowers or anything. Could it actually be for outdoor bathing?

There is one photo of the in-house bathroom, which does have a bath/shower from the looks of it. And at least with this ad, the homeowner in this case is not laying out some horrible set of rules and hours around use of the main house's kitchen and plumbing the way this one did for this toolshed they were renting in Palo Alto. 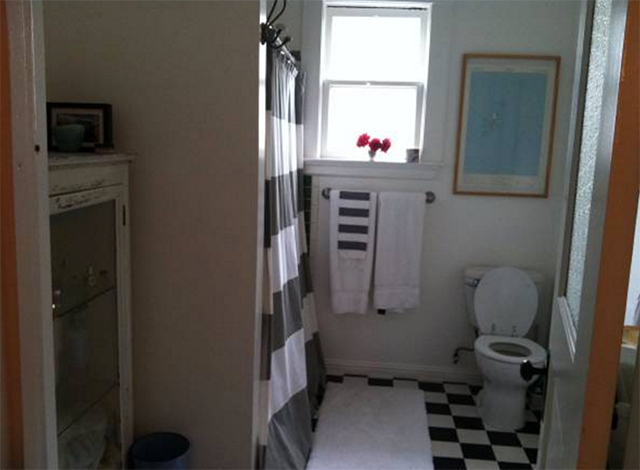 The owner/landlord in this case is a social worker, so I feel slightly bad tearing down his or her source of extra income here, but come on now. S/he says, "I like the house to look nice and I have nice things in it  but sometimes I leave dishes in the sink and dirty clothes on the floor." OK, honesty is good.

"I prefer to keep to myself," s/he says, "but I would like someone who is interesting and real and easy to talk to."

This is sounding awkward. Also, "No couples please and also no pets. Sorry."

Here's what the space looks like unfurnished. It does look quite tiny! 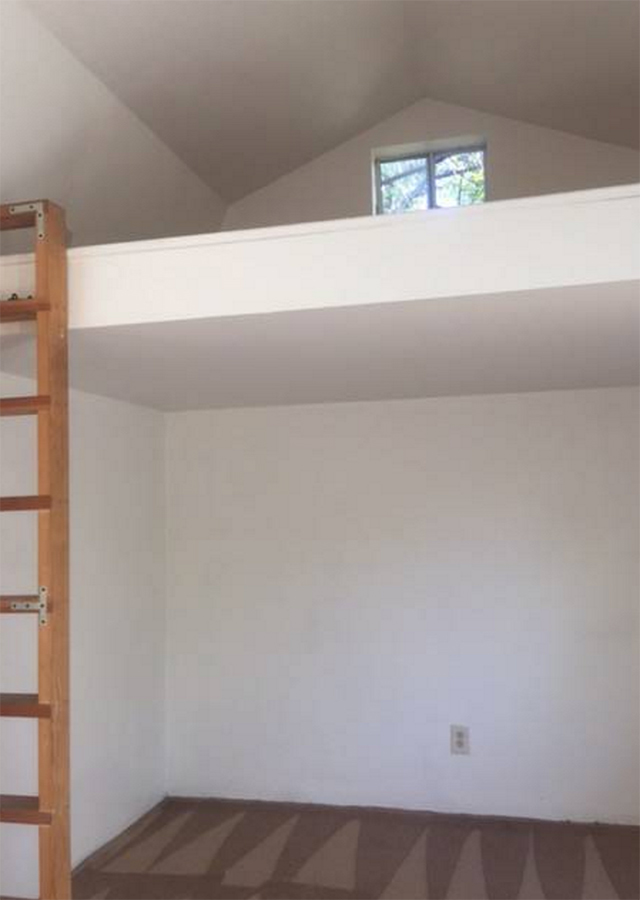 Perhaps this would all be less Apartment Sadness worthy if it weren't for the price  like, yeah, it's an illegal unit, so maybe you try to slough it off on some hungry student for a few hundred bucks? Not $1,000? Even an artist probably wouldn't want to pay that much for a studio space.

As the tipster who sent this link in puts it, "This is egregious. Especially considering like three blocks away there's a studio at the same price."

Here's what a previous tenant did with the place: 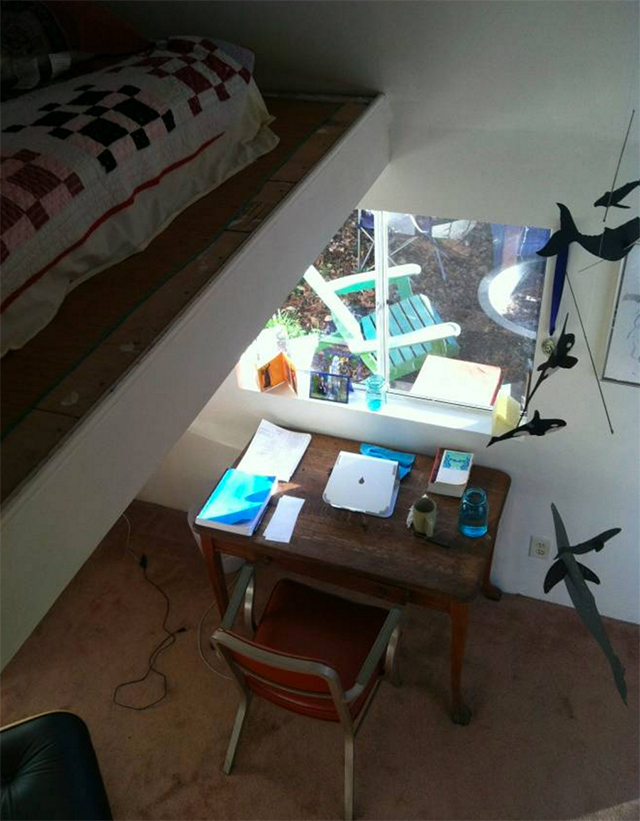 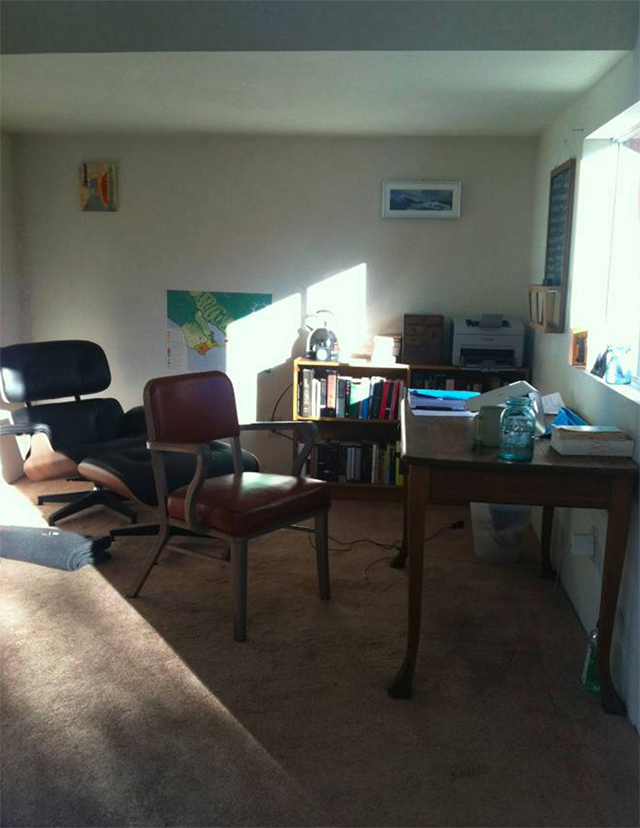 So, I'm sorry, Sir/Ma'am. Your "cottage" is substandard, it's probably freezing as fuck at night, and it should probably be reserved for non-paying guests and/or well off writers who need to write somewhere other than home.

Wait, is the bathtub an alternative urinal option? Because that could work for late-night peeing.

As always around these parts, this week was a busy one in the world of food. Importantly, we put together a list of some of the best pizza in the Bay Area. In

Downtown Streets Team, a program in which homeless volunteers clean streets, receiving services and vouchers at stores like Safeway and Target, was created in Palo Alto by Eileen Richardson, a venture capitalist who

—
Apartment Sadness: A $1000/Mo Backyard Toolshed In Oakland
Share this