As opposed to the calendar year that we all recognize as beginning on January 1, San Francisco's fiscal year begins anew on July 1 of every year. And though the revelry that one sees on December 31 is absent on June 30, some city employees had a lot to celebrate this year, as a record-topping number of them took home pay and benefits in the 2015-2016 fiscal year that topped $300,000.

Loyal SFist readers already know that $4.7 billion of San Francisco's $9.6 billion budget is devoted to city worker salaries and benefits. And now, with data on last fiscal year's city worker salaries now available on the Nevada Policy Research Institute's public employment compensation database, we learn that a "record number," per Matier and Ross, of San Francisco's city and county staffers made, with benefits and overtime, well over $300K.

You can investigate all of SF's city worker salaries here, but here's a rundown of San Francisco's sizable $300K-plus club. Enjoy! 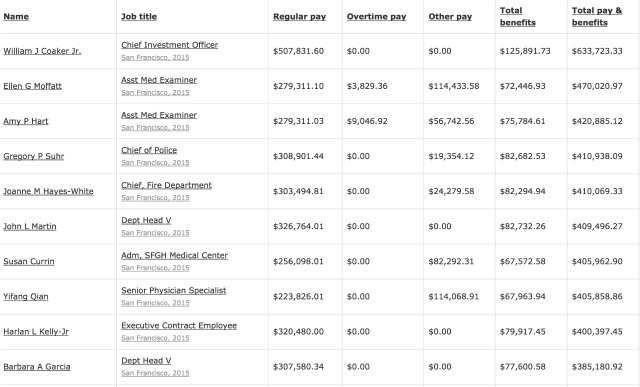 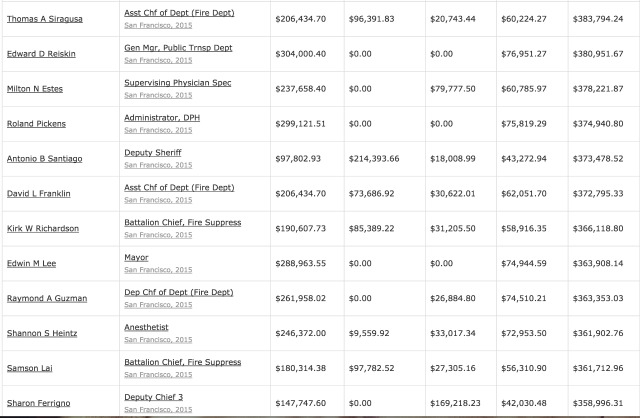 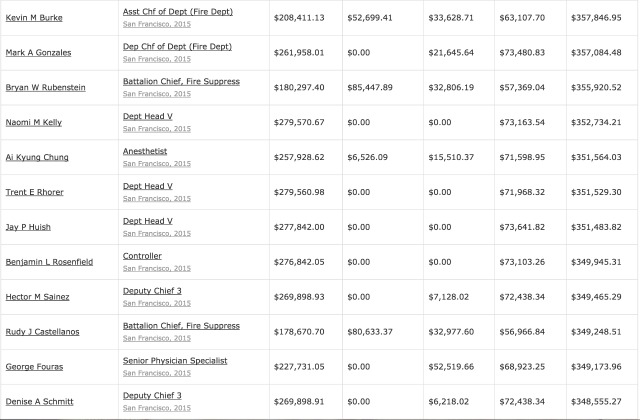 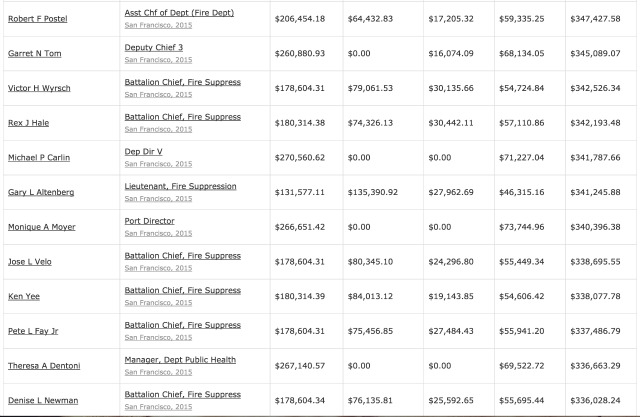 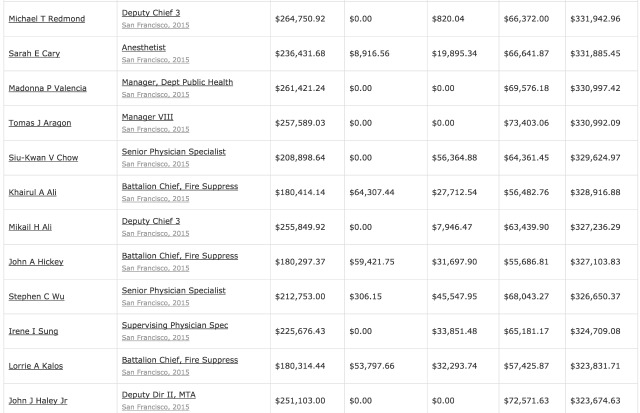 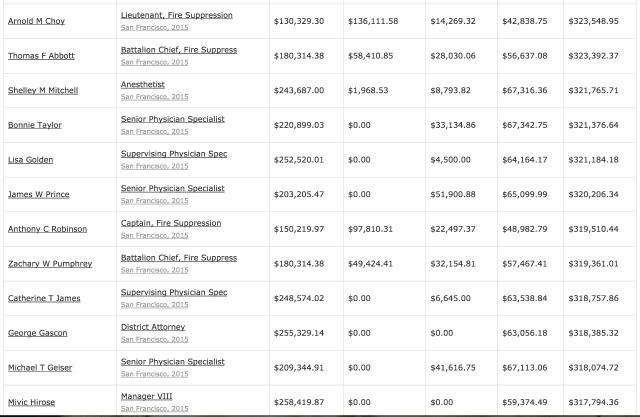 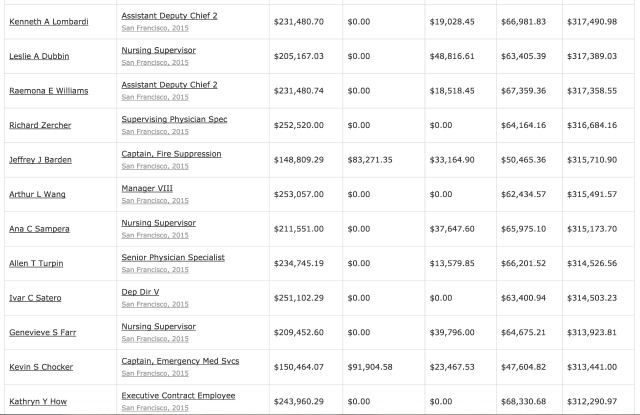 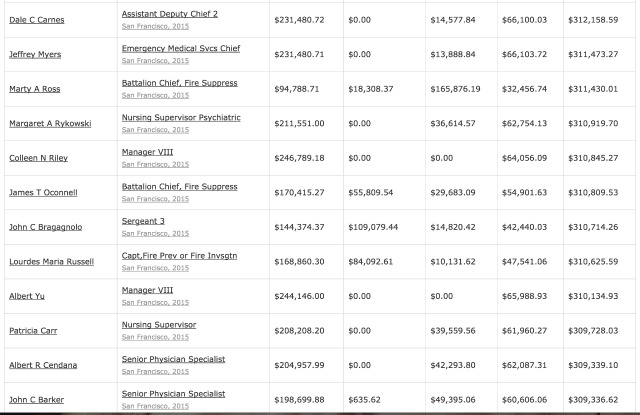 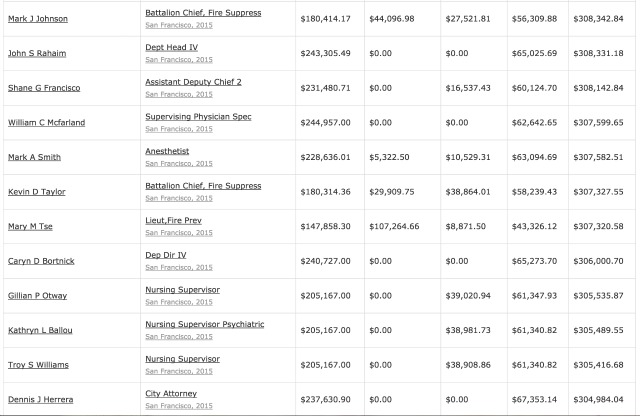 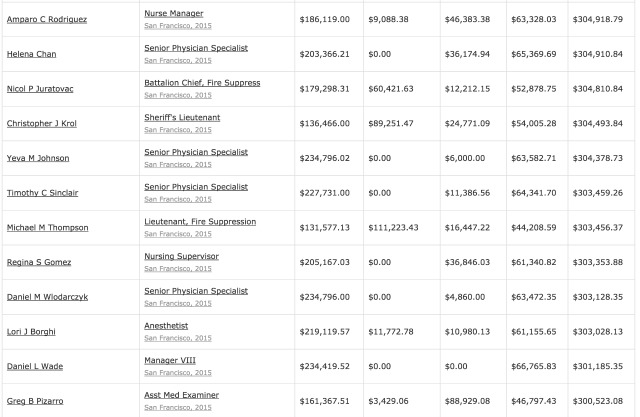 Did you enjoy your long weekend, everybody? Did you escape the city for some sun on Saturday or Sunday? I hope so. I did. It was quite lovely down on Peninsula but from