‘Pinhead’ is not a derogatory term in the Bay Area anymore. Pinball enthusiasts have embraced this nickname in the contemporary pinball renaissance in which machine manufacturers have significantly upped their game, more and more venues are featuring pinball machines, and the number of pinball leagues in the Bay Area has tilted up to nearly a dozen. “This is the new Golden Age of pinball,” said Belles and Chimes women’s pinball league founder Echa Schneider. “We have a lot of venues with not just one machine in the corner of a dark bar, but places with six, seven, eight, ten machines that really are well-designed to accommodate big events.”

“Organized pinball in the Bay Area has exploded like crazy,” she continued. “In 2012, which is not that long ago, there was a league in the the south Bay and a league in Concord. The San Francisco Pinball Department started at the beginning of 2013 and since then there’s just leagues everywhere.”

Most of these competitive pinball leagues do welcome walk-in members, have affordable league sign-ups in the $20-30 range, and will let you just walk right in and try out their league play with a first-visit guest session. But there is one notable exception... 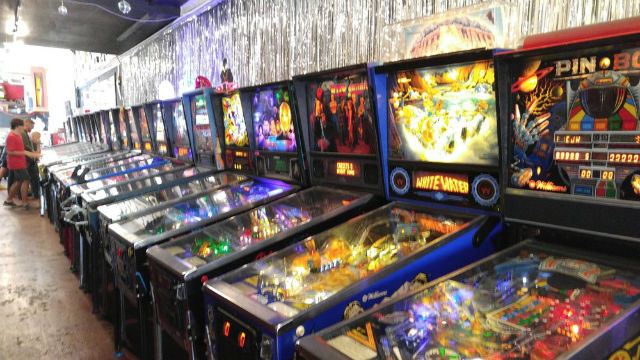 San Francisco Pinball Department
There’s a year-long waiting list to join the San Francisco Pinball Department, the city’s most popular league. The SFPD plays every first and third Wednesday night at Free Gold Watch in the Upper Haight — “home to the most pinball machines in SF”, according to their signage — and each week’s scores are reported to the International Flipper Pinball Association for inclusion in current world rankings. So it’s a pretty competitive scene! But if you want to try to dip your toes in these highly competitive waters, you might be able to score a last-minute guest slot by following the guidelines on the SFPD About page.
First and Third Wednesdays at 7:30 p.m., Free Gold Watch, 1767 Waller Street between Schrader and Stanyan Streets

Belles and Chimes
The underrepresentation of women in pinball circles was tilted a different direction with the 2013 establishment of Belles and Chimes, the first-ever all women's pinball league “not just in the Bay Area, but anywhere” said founder Echa Schneider. Belles and Chimes now has chapters in six cities, has inspired a dozen other women’s pinball leagues, and has its next meetup on September 12 at Five10 Pizza in downtown Oakland.
Every other Monday night at 7:30 p.m., Five10 Pizza in Oakland, 400 15th Street between Broadway and Franklin Streets 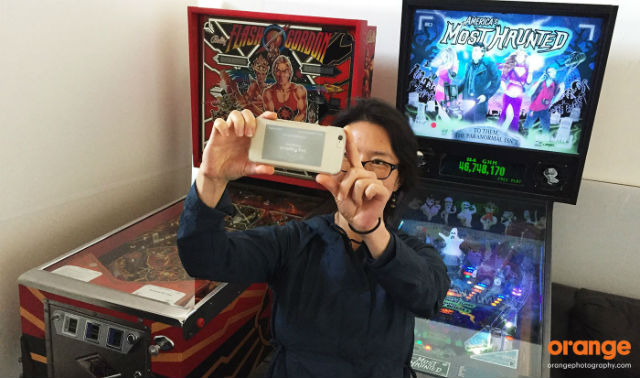 Oakland Pinball Warriors and San Francisco Super Selfie League
These are two totally different leagues that play on different sides of the bay, but I’m listing them together because they’re both ‘selfie leagues’ wherein players play at their leisure and just submit selfies for scoring verification. “You can go play anytime you want according to your schedule. You play the league machines and take a selfie with your score and then submit it online,” Ms. Schneider said. “We use the selfie league to get more beginner people in.”
Locations and machines vary, but check the and Oakland Pinball Warriors and SF Super Selfie League sites for machines currently in league play. 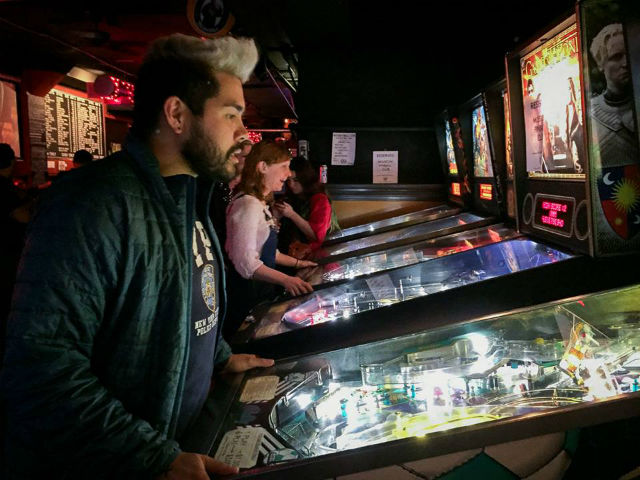 Mission Pinball Club
If you’re a newb looking for a welcoming and less competitive scene, Mission Pinball Club might be for you. “Mission Pinball Club formed because I wanted to work on something for casual players and beginner players, where they just kind of wanted to play pinball at their leisure,” MPC founder Jessi Reid told SFist. “My league differs from other leagues because it’s a beginner’s/novice league. It’s a little more casual and it’s at a bar.” The league is sponsored by Pabst Blue Ribbon, who provide $2 PBR specials at their weekly meetups at Gestalt.
Every Tuesday at 7:30 p.m. at Gestalt, 3159 16th Street between Valencia and Guerrero Streets 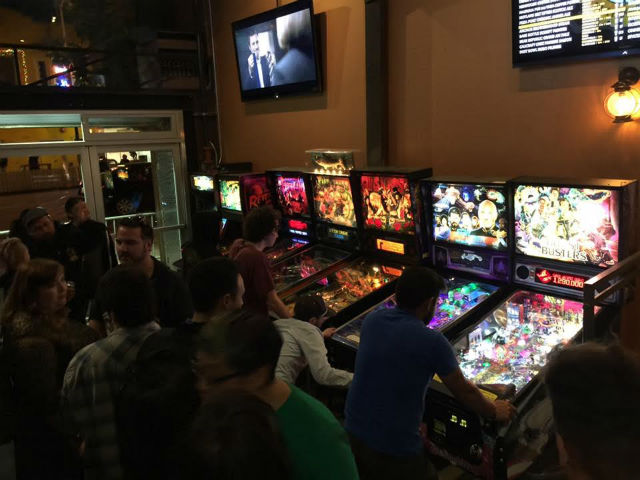 Prohibition Pinball
The new SoMa ‘sports beercade’ Buzzworks has a new pinball league Prohibition Pinball starting league play September 14. “Buzzworks really wanted to have a league there to utilize all of these really fantastic machines that are interesting collector’s editions,” said Ms. Reid, noting that Buzzworks has more than 100 beers on tap. But their main attraction is the collection of vintage arcade games, foosball and of course pinball. “Their tables are collector’s tables, so they’re well kept after,” she said. Prohibition Pinball will be open to everyone from beginners to ranked players.
Second and Fourth Wednesdays at 7:30 p.m., Buzzworks, 365 11th Street between Folsom and Harrison Streets

Buzzworks’ arcade focuses on the classic and vintage games, but a new generation of pinball games like Ghostbusters and Game of Thrones shows the genre’s recent technological advances. “There’s boutique manufacturers that have popped up and are making small runs of really interesting pinball machines,” Echa Schneider told SFist. “They’ve used advances in technology like the ability to have the lights on the play field change color according to different scenarios that happen in the game, and the games today just have really interesting rule sets. They do a really good job today of making games that are approachable for new players, but for people who are more experienced and serious players they have these extraordinarily complex rule sets that you can just get really deep into and spend ages learning more and more about the game.”

“We’re just really lucky with all the fantastic games that are coming out today,” she said.

You can keep up with these pinball leagues and Bay Area pinball tournaments via the HellaHeartPinball website.

A video posted by Eve Batey (@evelb) on Sep 3, 2016 at 10:17am PDT Heads up! Uber's autonomous cars have arrived, and they appear to taking test runs all over San Francisco.

—
Regarding The Bay Area's Most Totally Wizard Pinball Leagues
Share this