Chef Kim Alter's much anticipated solo project in Hayes Valley, Nightbird, has finally arrived, and last night was its first service. Some last-minute construction snags kept the restaurant from opening last week, but the delay was only a week, and the reservation books are now open.

Eater has some photos of the space, which features blue velvet chairs, bare wood tables, and a subtle, misty patina on the walls by artists Caroline Lizarraga, reminiscent of a foggy horizon over the Pacific. Also, by the entrance, is a hand-carved owl frieze by artist Tyler Bradford.

Chef and restaurateur Daniel Patterson  who has a small stake in Nightbird though it is not under the Daniel Patterson Group as was previously reported  Instagrammed the following on his first visit last week.

Nightbird is wow. And one of the most beautiful bars in SF. This place going to be 🔥🔥🔥🔥#owlnightlong

Of the five-course opening menu ($125), Alter tells Inside Scoop she's focused on trying to use seasonal produce in new and different ways, like a dish of corn that combines a "corn pudding, fermented corn, roasted baby corn and a gel made from corn with charred husks." She says her approach to all the dishes will attempt to be light and elegant, adding, "That’s how we eat in California; beautiful produce."

Additionally, the cocktails in the Linden Room, designed by Alta CA bar manager Aaron Paul, are divided into two sections: spiritous and seasonal, with latter relying heavily on fresh produce. The cocktail names tend to the humorous and whimsical, including I'm Really Into Amaro Right Now, Marina Greens, and The Hoo's Hoo  playing off the restaurant's name, and Alter's childhood obsession with owls. Also, Alter gives a nod to her former boss, Patterson, with the Crimson Hayes  a drink made with beet, rose, brandy, and lemon verbena that's a play on Patterson's onetime signature dish at Coi, the Beet Rose.

Below, the food and cocktail menus. 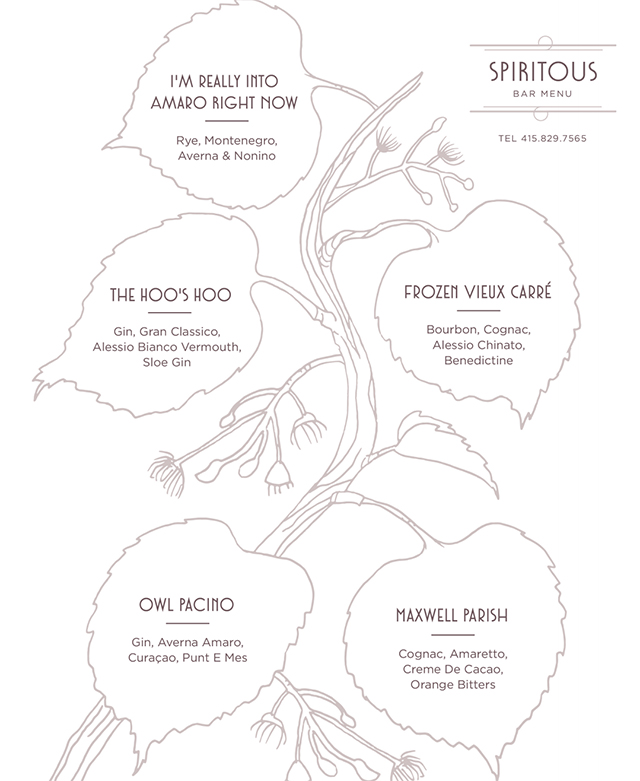 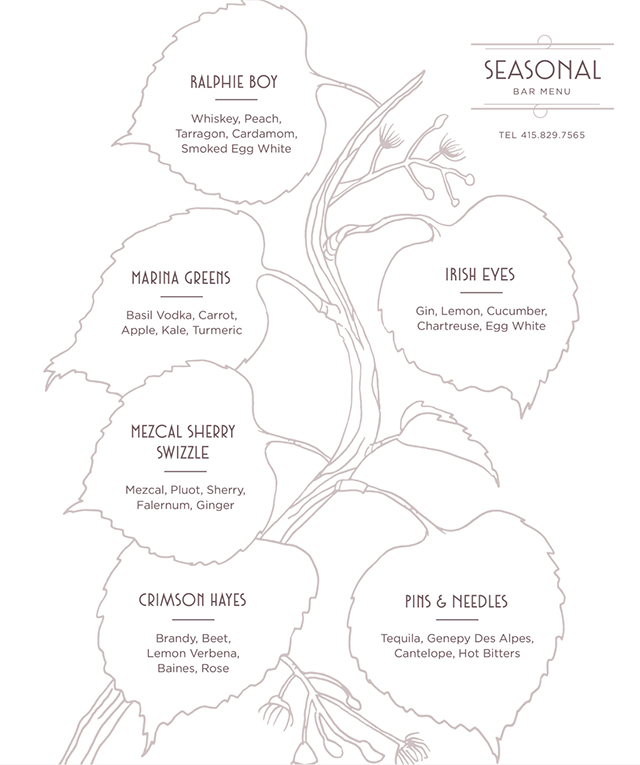 "We've been planning a LONG time for this," exclaimed Erez Morag. The 31-year old San Franciscan was one of the first in line to check out the new Lego Store at the Westfield