In what is either a brilliant exploration of the line between graffiti tagging and public art, or else a typical case of a couple of dudes with too much time and spray paint on their hands, the new Hayes Valley Shepard Fairey mural depicting Cesar Chavez has been (choose one) embellished/defaced. 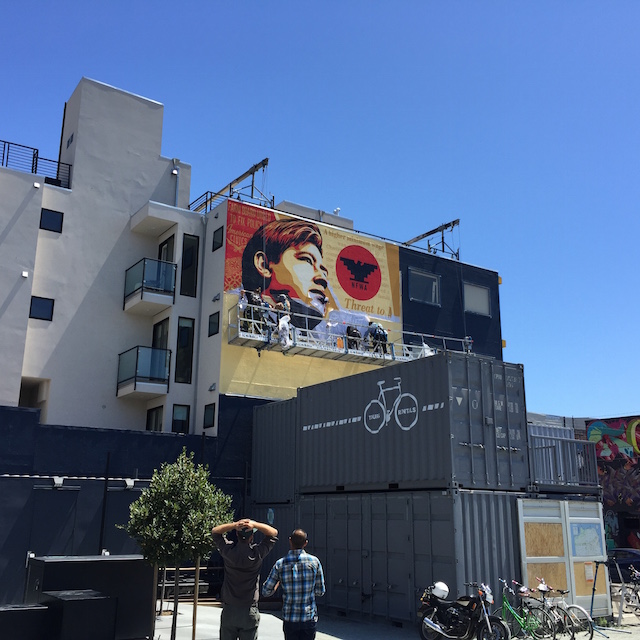 Hoodline was the first to report on the turn of events, which SFist confirmed with our own camera this morning. Fairey, the popular artist behind the Obey clothing line and the Obama "Hope" poster, visited San Francisco recently to paint two murals here (with the help of assistants) as part of a project called "American Civics." That set of works focuses on what Fairey considers the "abiding issues of our time:" In Hayes Valley, that was Chavez symbolizing workers' rights, and in the Mission at Alabama and 20th Streets it was voting rights, as symbolized by Fannie Lee Chaney, whose son was killed by the KKK in 1964 for registering black voters. 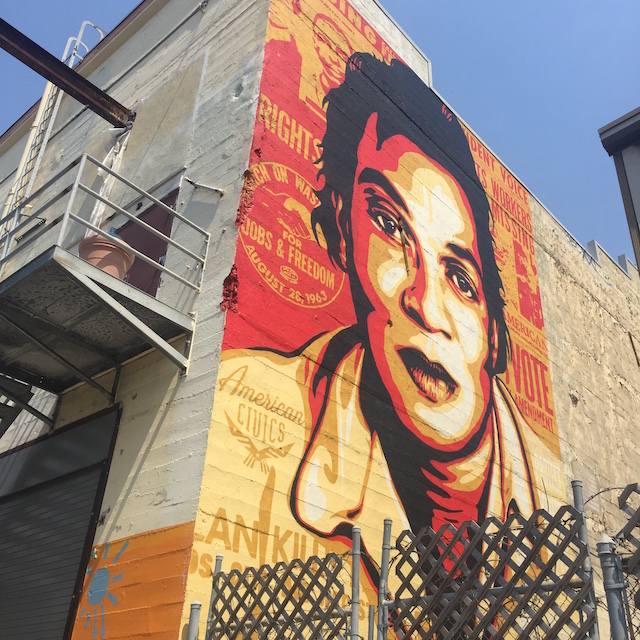 Fairey and his team completed the Chavez mural on the 10th, just over two weeks ago. Thanks, "Ryan" and "Ecks," for giving it that extra something, and teaching us something about the way in which Fairey's work has been elevated in the process. Fascinating stuff.

Yes, commuting sucks. Wouldn't it be great if you knew ahead of time, in real time, which lanes were clear and which were obstructed? Well, starting today, you will. Drivers on a 20-mile

Two large wildfires continue burning to our south, though the progress of the largest one has slowed, and meanwhile a smaller but more destructive and swiftly moving fire to our north, allegedly sparked