66-year-old Saleem Bey, who may also spell his name Saleem Bae, was one of three people injured Tuesday in a dramatic taxi crash on Market Street. Now, a customer of his has launched a GoFundMe campaign to help rebuild his shoeshine stand and help pay medical bills for both him and his "assistant," a 40-year-old homeless man known as Jaz, who remains in critical condition.

Sophia Chang launched the campaign, saying she first met Bey a year ago when he shined a pair of her boots, and she came to understand just how little his services were getting used by passersby  "He waits for customers in the bustling Financial District between 8-11 hours a day and only shines between 5-10 pairs of shoes a day at $7-10 a pair," she writes.

She says, "Making money as a shoe shiner was becoming harder and harder as the years went by, but Saleem hadn't given up on his craft because he's good at shining shoes, he loves people, and shining shoes is something he loves to do even if the money is sparse."

Needless to say, an accident like this could be devastating for his livelihood, and it's not likely that he has insurance, particularly for his wooden shoeshine stand. 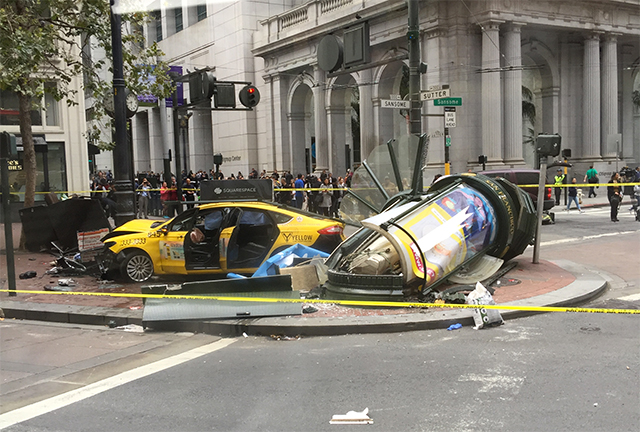 Chang has made a modest goal of $10,000, and already has over $3,500 raised. Consider giving a bit, especially if you were a sometime customer of Bey's.

Says Chang, "As someone who's been blessed by Saleem's smiling face and iconic role in maintaining the old soul of San Francisco, I'd like to see Saleem return to his corner at Sansome and Market with a rebuilt shoe shine throne, ready to polish and shine again."

The race to find the hot new milk — the one cool coffee shops start serving, the one protective parents insist their children only drink — can sometimes feel as heated a contest as, I

As the legend has it, one day in 1928, George Whitney decided to sandwich a scoop of ice cream between two oatmeal cookies at his hot dog and ice cream stand at Playland-at-the-Beach,