The sun is out, at least for now, and if you didn't go to Outside Lands or do anything similarly strenuous last weekend, you're probably itching for some stuff to do outside the house  that is unless you're planning to be glued to the Olympics all week, which, fine, but there is such a thing as a DVR. Below, some ideas for how to pass the time.

VARIETY SHOW: Moonlighting SF hits PianoFight tonight as part of their Summer of Lust, and tonight's edition of the variety show, co-hosted by Jenn Stokes and Duserock, features seven unique acts, includes Woo Woo Monroe and Opey the Poet. Promising always to have a "happy ending," you may experience any or all of the following: singing, dancing, comedy, belly dancing, beatboxing, burlesque, and cooking demonstrations. Piano Fight, 144 Taylor Street, 7 p.m. to 10 p.m., $10-$20 suggested donation

PUB TRIVIA: Tuesday is one of the traditional evenings for pub quiz/trivia nights across town, so allow me to let you in on what some of those are, given that you probably don't want to travel too far afield on a school night. Mad Dog In The Fog in the Lower Haight has a popular one starting at 9 on Tuesdays and Thursdays; Elixir does one as well, with free booze as prizes. Over in Noe Valley at 8 p.m. there's trivia at The Valley Tavern, and in the 'Loin starting at 8:30 Edinburgh Castle does their trivia night with cash money for prizes, as well as coupons. Nearby, Soda Popinski's does trivia at 8:30 p.m., and Yield Wine Bar has a pub quiz in Dogpatch starting earlier, at 7:30 p.m. And for the LGBT set, there's Hi Tops trivia at 8 p.m. in the Castro, where prizes are awards for first and second place (bar tabs) and for best team name. Various locations. 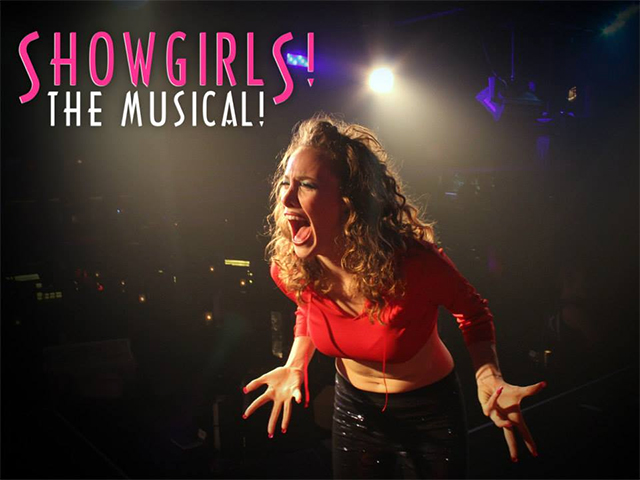 SHOWGIRLS, THE MUSICAL: The off-off-Broadway hit spoof musical has come to SF, starring the woman who originated the spoof role of Nomi in New York, April Kidwell, alongside local drag sensation Peaches Christ as Cristal. There are still some tickets for Wednesday's opening night, and the show plays through August 27 (it's already been extended). Also, note, Humphry Slocombe has a special ice cream flavor, Peaches and Popcorn (PNP), in honor of the show. (Review to come.) Victoria Theatre, 2961 16th Street near Mission, 8 p.m., $32-$45

WEIRD-ASS 70s MOVIE: As part of their Weird Wednesday B-movie series, Alamo Drafthouse is screening what they called a "ragingly weird" flick from 1976, The Witch Who Came From The Sea. "While it was marketed (when it was marketed at all) as a psychotic slasher film, it has as much Repulsion and Persona in it as Psycho." And it's a movie about a waitress who has a psychotic break and goes about castrating men, and was "a gigantic anomaly even among drive-in films." Alamo Drafthouse Cinema at the New Mission, 2550 Mission Street, 9:30 p.m., $5

MORNING DANCE PARTY ON A BOAT: It's hard for me to get on board with an early-morning dance party that involves zero drugs or booze, but that's ostensibly what Daybreaker is, and for the Millennial office-workers of downtown, I'm sure it's a swell time. This week's edition sets sail, literally, at 7:10 a.m. from Pier 3, and will be a two-hour dance cruise aboard the Hornblower Belle, winding up at 9:30 a.m., with music from the Space Cowboys. This should get everybody good and warmed up for Burning Man in a couple weeks. There's also a yoga class at 6:45 a.m., but that's sold out. Floral attire encouraged. Pier 3, 7 a.m., $35, tickets here

SONIC ARCHITECTURE EXPERIENCE: As part of the biennial Soundwave festival, this week's Friday evening event at the deYoung will feature Auricular Arrangements, with four artists installing sound pieces around the outside of the museum, and in the tower. One, a piece by Jeff Cravath using tone chimes, will activate James Turrell's outdoor skyspace "Three Gems," and another by Yann Novak "will create new a site-specific work meditating on the experience of being within the Hamon Observation Tower." It's all free, too, so that's nice. deYoung Museum, 50 Hagiwara Tea Garden Dr, 5 p.m. to 8:45 p.m., Free

LESBIAN DANCE PARTY: Hopefully you know the joke, but if you don't the name of this dance party for girls who like girls might not be as funny: U-Haul. (OK, it goes like this: What do gay men bring on a second date? What second date! What do lesbians bring on a second date? A U-Haul.) The committal and non-committal alike will be jamming to the tracks of SF's DJ BrIbee and LA's Von Kiss, and everybody else will be up at the rooftop bar, some of them, probably, on a second date. Oasis, 298 11th Street, 10 p.m., $15

FILIPINO ART & CULTURE PARADE & FESTIVAL: It may be the largest celebrating Filipino culture in the US, and the annual, two-day Pistahan Parade and Festival kicks off Saturday with a parade down Market Street from Civic Center to 4th Street. The festival happens at Yerba Buena Gardens, with seven pavilions, food contests (including the gag-inducing Balut-Eating Contest), art, and all kinds of family fun. Market Street and Yerba Buena Gardens, 11 a.m. to 5 p.m., Free

SINGER-SONGWRITER NIGHT: Shortbus-famous singer-songwriter Jay Brannan, who has quite a following on YouTube, comes to SF for a set at Bottom of the Hill this weekend with likeminded openers Scott Mickelson and Terese Taylor. If you're lucky, maybe he'll do his cover of Bjork's "Hyperballad"? Bottom of the Hill, 1233 17th Street, doors at 8:30 p.m., $14

WES ANDER-THON: A mini festival celebrating 20 years of the work of fillmmaker Wes Anderson happens this weekend at the Roxie, presented by Spoke Art and MiDNiTES for MANiACS. Anderson has made eight features in the last two decades, beloved by many, and they'll be screened almost in order beginning on Friday with 1998's Rushmore, and 1996's Bottle Rocket, and the 13-minute short of the same title that he made two years earlier, leading to the making of his first feature. $100 gets you a pass to the entire weekend, or you can just drop in to watch your favorite(s) on Saturday, which are obviously The Life Aquatic With Steve Zissou, and The Royal Tannenbaums. Roxie Cinema, 3117 16th Street, begins Friday at 7 p.m., ends Sunday. $14 per film

INTENSIVE CANNING CLASS: There are a few slots left for 18 Reasons' "Canning Intensive," which is perfect for all you budding cooks and pantry-builders who want to preserve the best of summer's produce bounty  from stone fruit to tomatoes to berries  but have no idea where to begin when it comes to the traditional art of canning. It's a four-hour course taught by Bi-Rite Market's Canner-In-Residence, Shakirah Simley, who's also the founder of Slow Jams. The class will end with a snack and "a glass of something delicious." 18 Reasons, 3674 18th Street, 4 p.m. to 8 p.m., $105

The troubled chancellor of UC Davis resigned today following the completion of an investigation that called into question her actions as head of the university. The Chronicle reports that Linda Katehi's resignation is

In the case of a devastating explosion that killed eight people, injured 58 others, and destroyed 38 homes in a San Bruno neighborhood six years ago, utility company PG&E has been