Even from the rarefied, double-paned-glass heights of the Ritz-Carlton Residences at 695 Market Street, the NIMBY spirit of San Francisco is alive and well as a determined group of some 35 residents there have been actively fighting a liquor license transfer that would relocate a longtime bar and art gallery in the neighborhood to the ground floor of a building semi-adjacent to theirs. As the Chronicle reports, the fight has been going on quietly for months but became more public at last week's Board of Supervisors’ Public Safety and Neighborhood Services Committee meeting, when the three Supes on the committee unanimously voted to approve the transfer to allow DaDa Bar, currently at 82 Second Street, to move to a vacant retail space at the Mechanics’ Institute building at 65 Post Street.

DaDa Bar opened in 2006, and co-owner Michael Gouddou has focused on the space's art theme, hosting shows in conjunction with the deYoung Museum's student programs. As he told Hoodline back in March, the reason for the move is partly because the bar's lease is up on Second Street, but that the bar and gallery had outgrown their original space and would be moving to a space with triple the square footage at the Mechanics' Institute  which itself is a library and membership club that's home to many creative people, as well avid chess players.

While there are already multiple bars in the neighborhood that are even closer to the Ritz building, apparently some elderly residents have taken issue with the relocation of this bar and the potential for noise  and one resident mentions something about how "Any stranger at the bar could walk into the garage, and there would be no one there to protect us." It's unclear what direct garage access DaDa patrons would have that any other stranger wouldn't have in the neighborhood. 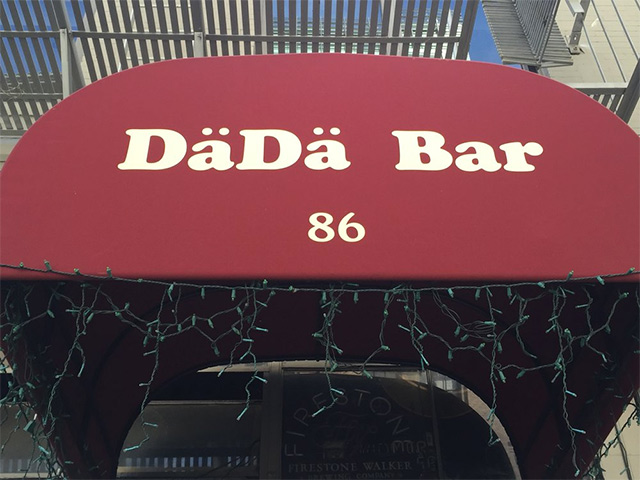 One resident at the Ritz, Matthew Scanlan, who also serves as president of the Mechanics’ Institute’s board of trustees, points to some sort of arbitrary bias on the part of his fellow residents' obstructionism, saying that he's "ashamed" about the whole situation and that these residents are merely anxious about DaDa's “culturally and ethnically diverse” clientele.

One speaker at last week's committee meeting was drag queen Emma Peel, outgoing empress of the Imperial Court of San Francisco, who insisted the bar was more "about art and expressing yourself... [and] not about drunkenness or being unruly."

The decision on whether to allow the liquor license transfer now goes to a full Board vote.

Previously: Dolores Park Neighbor Is Sick And Tired Of All The 'Events' In The Park

When 19-year-old Carlos Misael Funez-Romero of Antioch was shot and killed aboard a BART train at the West Oakland Station on January 9, no footage of the crime was available. That's because, like

The number of homes currently listed for sale in San Francisco (808) remains at a five-year seasonal high and is now running 67 percent higher versus the same time last year. [SocketSite] "Twitter