The Asian Art Museum, though not without critics of its layout and curation, has come a long way since its start as wing in the old deYoung. Earlier this year, its 50th birthday, we learned it would come a ways farther still: A new wing for "cutting edge" contemporary art (that ought to quell some of that criticism!) was announced in March, a $25 million expansion, already pledged in full, that museum director Jay Xu called “fiscally modest but, impact-wise, huge.”

Kulapat Yantrasast, an architect born in Thailand and based in Los Angeles and New York, has taken on the project, which he knowingly called "acupuncture architecture, not plastic surgery." The building, which was built as San Francisco's Main Library in 1916, is a Beaux Arts structure in the a neoclassical style by architect George A. Kelham. In 1996, when it was converted to a museum space, it was given touches by the architect Gae Aulenti.

Though a bit on the cartoon end, as renderings go, Socketsite snagged some images that hint at what the new space, a "exhibit pavilion," might look like. Here was the first peek, from March: 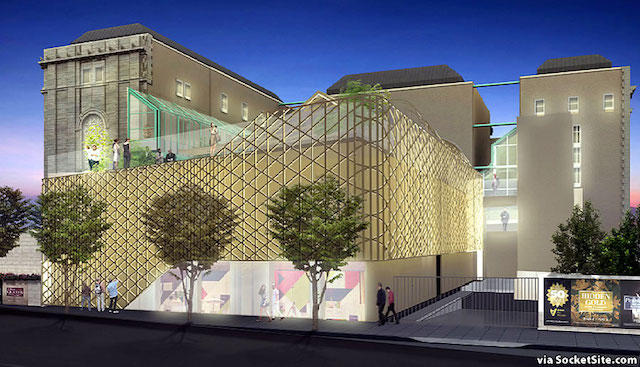 Now we glimpse a perforated canopy of aluminum that would cover a roof terrace and descend to the street This would start beneath the Gae Aulenti glass walkway. 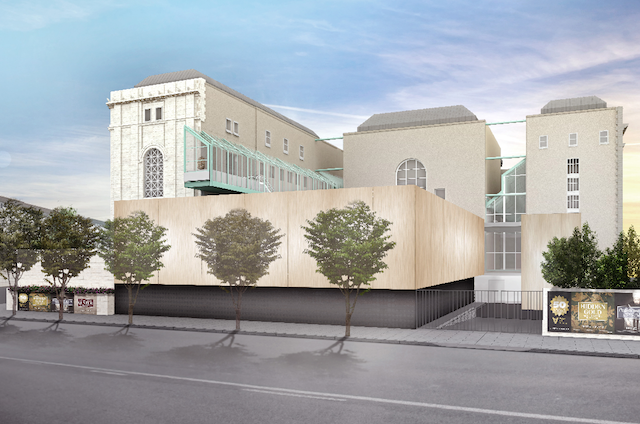 That outdoor space might also serve as a sculpture garden. Inside, we're promised 12,000 square feet mostly devoted to a 9,000-square-foot gallery. 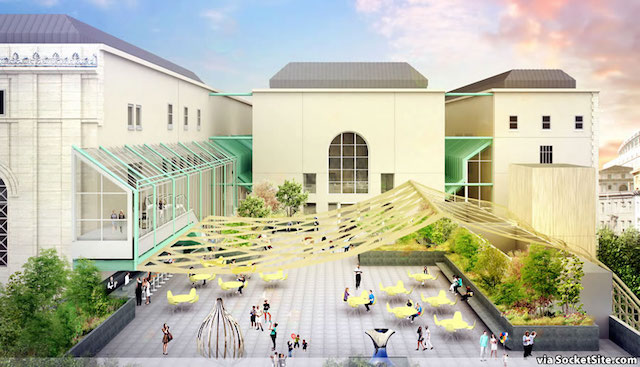 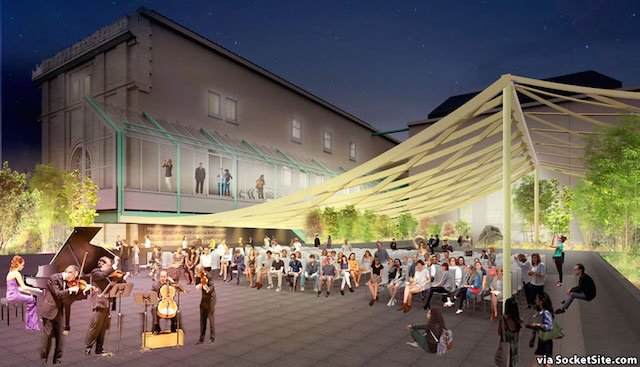 image courtesy of wHY

Despite a much higher than expected projected cost, Golden Gate Bridge officials said this week that they intend to move forward with plans to construct a steel suicide-prevention net under the iconic bridge.

Supporters of Donald Trump are suing both the city of San Jose and its police force claiming officers failed to protect them from protestors at a Trump rally last month. The Associated Press