Responding to the latest police killings of black men in Minnesota and Louisiana, Philando Castile and Alton Sterling, Americans demanded justice last night with rallies and protests in cities across the country. Roughly 2,000 people attended one such event in Oakland, sponsored by the organizations Live Free and Anti-Police-Terror Project and announced briefly before it occurred. After some initial confusion between two waves of supporters, one starting at 6 p.m. and another at 7 p.m., the groups merged, marching from Frank Ogawa Plaza to the Oakland Police Department and eventually onto Interstate 880, closing that road in both directions for at least three hours starting at 8:30 p.m. 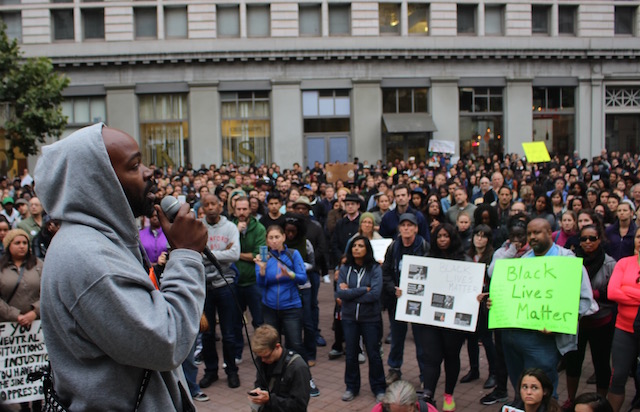 While there was a strong police presence, officers kept their distance even as one group leader, Reverend Ben McBride from the Oakland Leadership Center, railed against their practices including references to the ongoing sex scandal that's roiled the department. "A police department who has been involved with the murder of our community members, a police department who two blocks away were systematically raping our young women, in a parking lot... we say to Oakland Police Department, you are guilty." 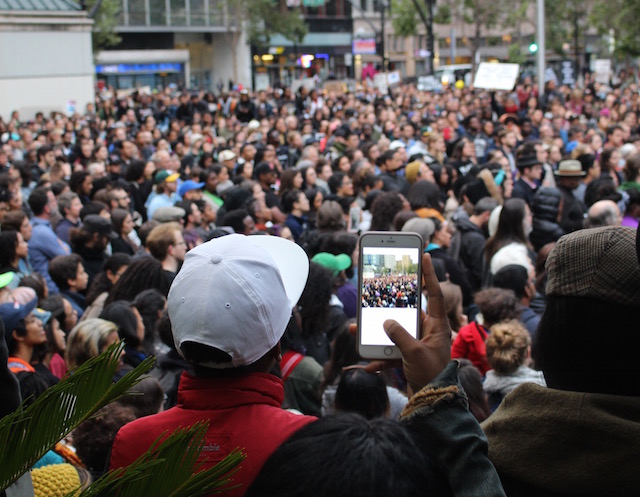 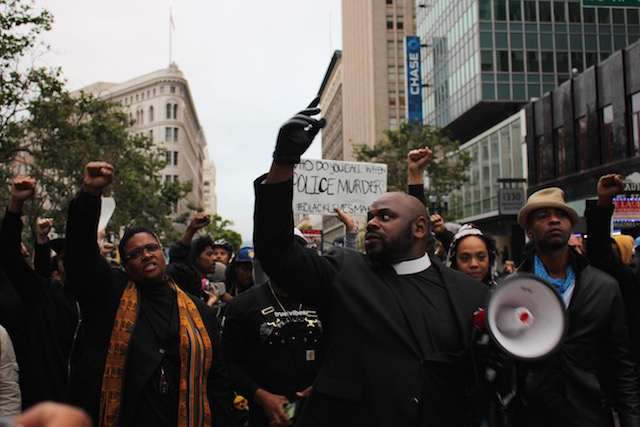 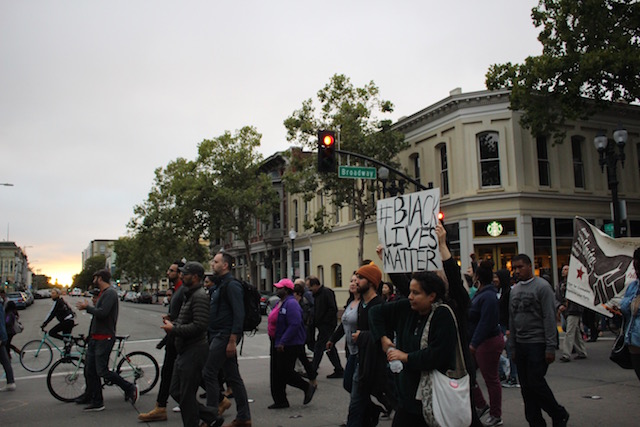 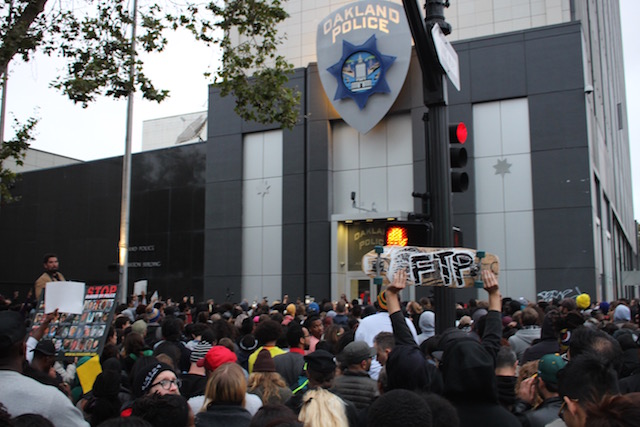 With that, demonstrators threw red paint on the door of the Department. That symbol, representing the blood on the hands of police, sits less easily this morning in light of the sniper shootings in Dallas that killed five police officers at a similar rally also held last night. In the wake of those murders, Bay Area police are patrolling today in pairs as a safety precaution. 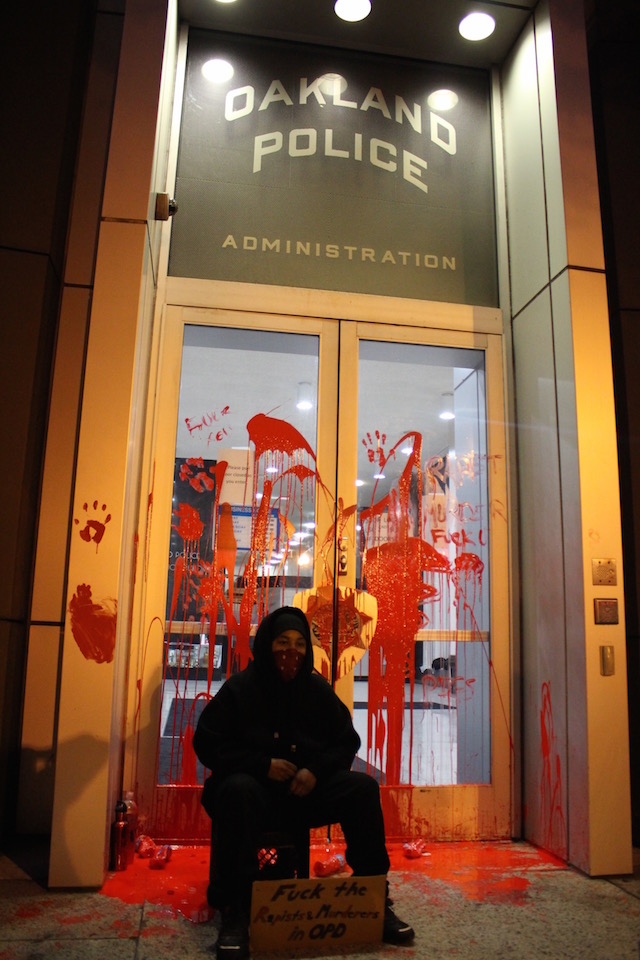 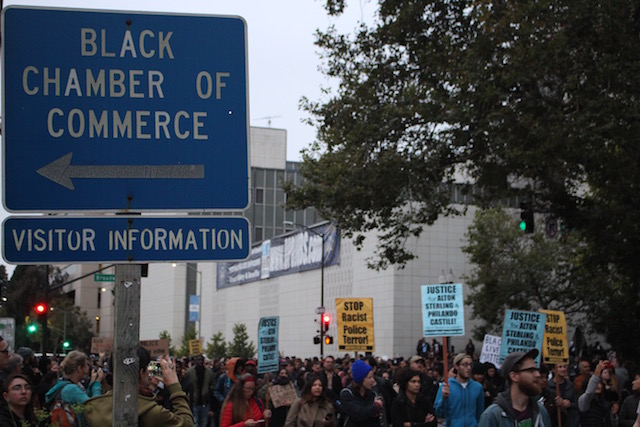 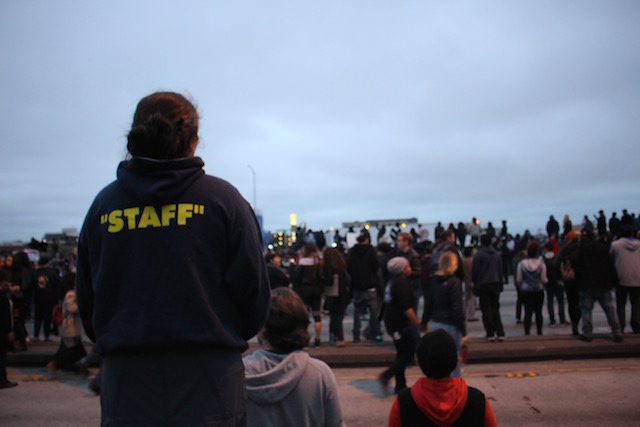 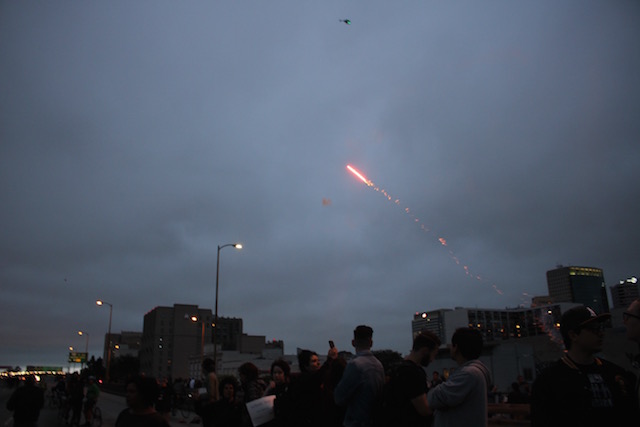 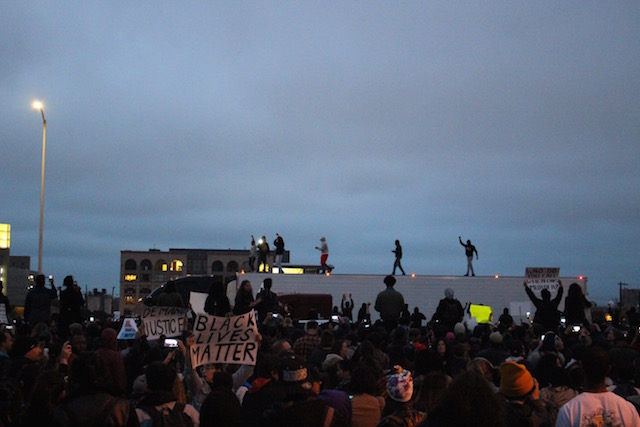 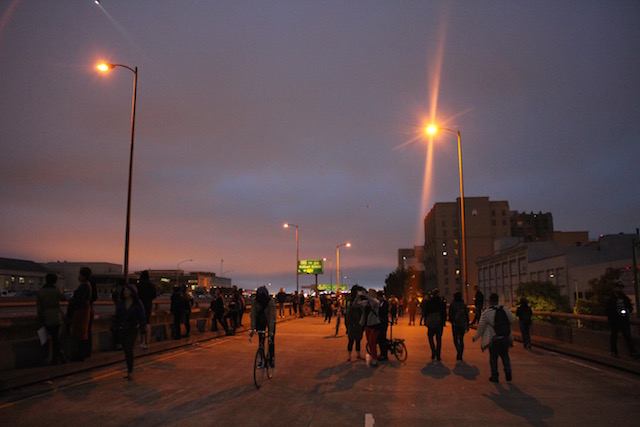 Once protestors assembled on the freeway, a critical mass of their bodies stopped traffic and the mood grew celebratory. Fireworks and a small bonfire were lit. Horn players and drummers made music. Bicyclists ambled about. Some mounted a tractor trailer, stopped in its tracks, while another projected images of Castile and Sterling on its side.

According to the East Bay Times, six arrests were made, including one for assault of an officer and one for that small fire on the road. 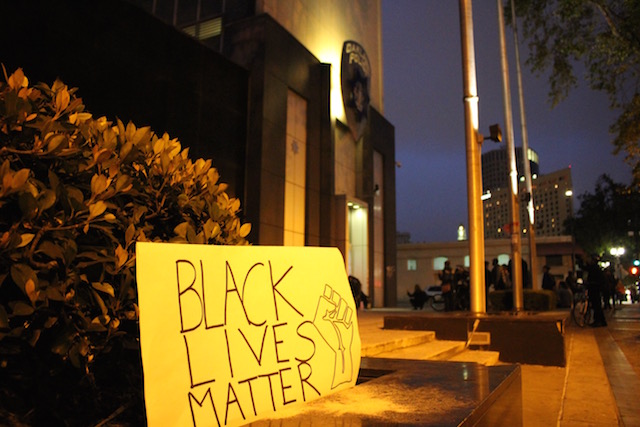 —
Photos: 2,000 Rally Peacefully In Oakland To Protest Shootings Of Philando Castile And Alton Sterling
Share this