Yay! Even parts of the East Bay that can't even be called hip are trying to charge absurd prices for terrible apartments. A tipster called our attention to an ad, since deleted, for a two-"baderoom" "house" in "Berkeley" that looks more like it's a studio in El Cerrito, for which the landlord would like $2400/month.

While you can probably find yourself a studio in San Francisco for a couple hundred dollars more than that, or even for that same price depending on where it is, you could opt to be near the Pacific East Mall and the El Cerrito Shopping Center with a fenced yard and your very own fruit trees!

To be fair, I have no idea what this house really looks like apart from the above photo, which could be a living room or a bedroom, dated 2011. If nothing else, this ad is a shining example of a landlord who couldn't give less of a shit about renting this place, or who really just has no concept of how Craigslist works.

Observe one of the only other photos of the place, one of three, below. 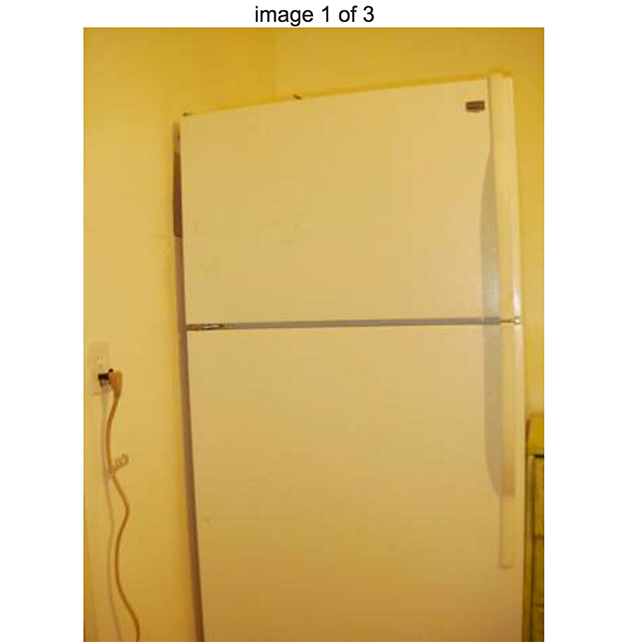 Yes, there is a refrigerator, and here is proof. As for the rest of the kitchen, it's anyone's guess, but there are apparently granite countertops.

We are told there are "New Safety devices in each room," whatever the fuck that means. Also, this is in an "excellent" neighborhood with "lower population."

And what's with that price? $2442/month? Utilities aren't included so how'd they come up with that number?

One need not look far to understand that there are some English language skills lacking, but, you know, you don't need to be a brilliant wordsmith to know that people want to see pictures of the damn apartment, and that walking distance to the Ranch 99 isn't much of a selling point for most. 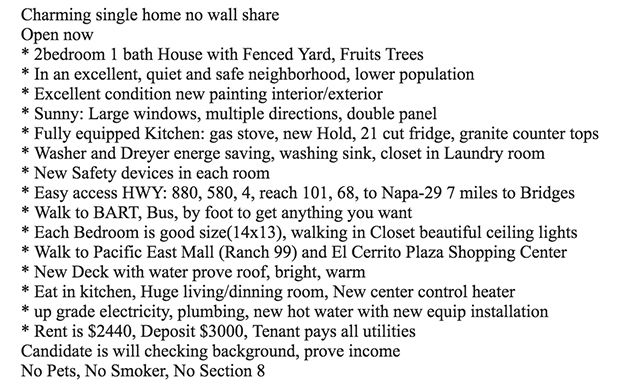 Oh and do you like fruit trees? Because there's no other pictures of the house, bathroom, yard, appliances, or anything, but there is a random picture of some limes. Or maybe those are unripe lemons. 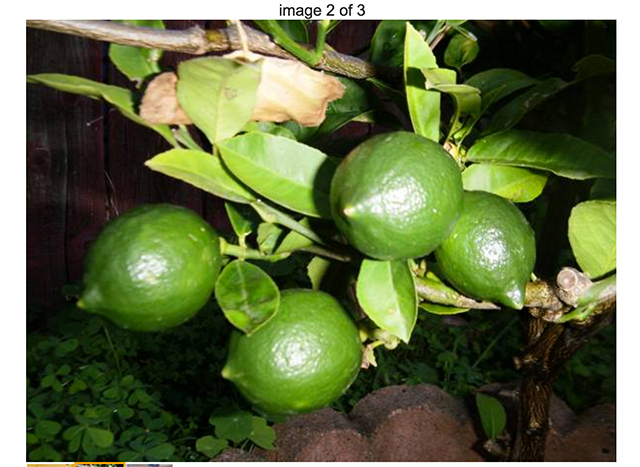 So, if you can get your friends to come to El Cerrito, you can make margaritas, and there's allegedly a spare bedroom to crash in when they drink too many of them.

There is nothing more American than a demolition derby at a county fair, or a small town Americana festival named after a fruit or vegetable, or an over-the-hill pop band performing a free

—
Apartment Sadness: $2400 For Crap House In El Cerrito
Share this