One experienced Burning Man temple construction crew, led by artist Dan Sullivan, is working on a monumental project for the playa this year called Catacomb of Veils. Currently under construction on Pier 70  to be disassembled and then reassembled on the playa by at least 100 volunteers  the project isn't quite like a temple so much as a mountain-like outcropping that visitors will ascend the face of and descend down into. In total, the thing will encompass 17,000 square feet in two conjoined pyramids, reaching five stories tall at its peak.

"What makes Catacomb different from other projects like it is that its spatial narrative is movement downward and inward," Sullivan tells SFist. "It's a very uncommon experience on the playa since excavating the playa is prohibited by the BLM [Bureau of Land Management]. This brings about a more introspective and self-reflective kind of journey."

He adds, "Catacomb of Veils is indeed a mountain, and a reflection of the place itself, but it's also about the intimacy of that internal experience."

Once journeyers descend into the interior spaces, culminating in the Sanctum of Veils, they will find "ancient relics" adorning the walls "as shafts of light illuminate effigies and offerings," Sullivan explains.

Modeled on Black Rock Point, the Catacomb will take 12 big rig trucks to transport it to Black Rock City, and the completed structure will require a half million pounds of fuel to burn it, when the time comes. They've received a grant from BRC to kick start the project, but they're still trying to raise $90,000 more on Indiegogo to help with the transportation and construction, of which a third has been raised in recent weeks.

The core crew working on the project all met while building 2014's Temple of Grace. 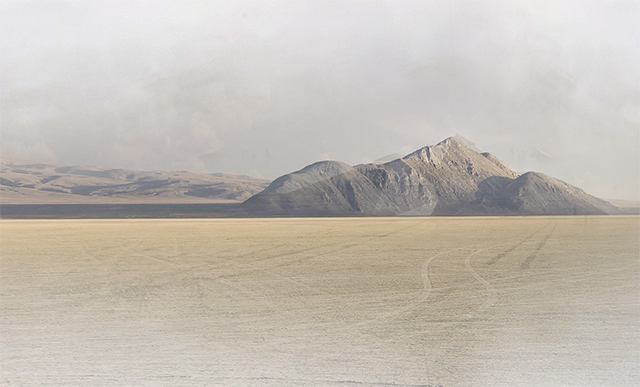 They're also seeking more volunteers to help at Pier 70 and on the playa. Learn about upcoming build days on their Facebook page.

Black Rock Point, which served as visual inspiration. Via Catacomb of Veils

Not to be confused with the annual Meals on Wheels benefit that's also called the Star Chefs & Vintners Gala, the restaurant industry trade publication StarChefs.com also swings through San Francisco every

Back in simpler times, there weren't so many hills in San Francisco, or so city archivist emeritus Gladys Hansen recalls. "At the very beginning, San Francisco was a very small city and we

—
Behold The Catacomb Of Veils, A Huge, Pyramid-Like Monument Coming To Burning Man 2016
Share this