In advance of tonight's vigil for the victims of the Orlando shooting, the Pride flag in San Francisco's iconic Castro District has been lowered to half-mast this afternoon.

As you doubtlessly know by now, 50 people have died as the result of a mass shooting at Pulse, a gay nightclub in Orlando, Florida, early Sunday morning. At least 53 more were injured, and one official has said that the death count is expected to increase as the day progresses. It's the worst mass murder in US history, and the deadliest attack on LGBTQ people ever on American soil.

According to reports, the shooter was a US-born citizen who "saw two men kissing in Miami" and became enraged. The shooter is also alleged to have been mentally ill and abusive to women. "He was not a stable person," his ex-wife told the Washington Post. "He beat me. He would just come home and start beating me up because the laundry wasn’t finished or something like that."

According to the Post, the shooter allegedly "made a 911 call before the attack identifying himself and pledging allegiance to the leader of the Islamic State."

Though no credible threat is apparent in San Francisco, according to the San Francisco Police Department, they say that there will be an increased police presence in "places of high public concentration including shopping, transit, and entertainment areas, the City's Castro District and LGBT venues."

Tonight's vigil for the victims of the attack begins around 7:30 p.m., in Jane Warner Plaza, at the intersection of Castro and Market Streets. 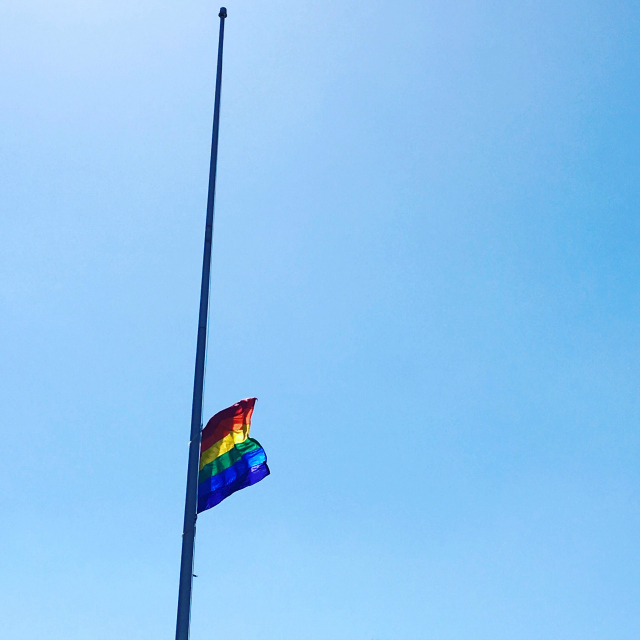 Behold a treasure trove of emperors' prized possessions. Passed from dynasty to dynasty and once sheltered in Beijing's Forbidden City, these masterpieces of Chinese art were conveyed to Taiwan amid conflict and now

San Francisco will honor the victims of this morning's mass shooting in an Orlando, Florida gay nightclub with a vigil in the Castro District Sunday night. Postcards from San Francisco: 18th and Castro.