Concerns over privacy have led Facebook CEO Mark Zuckerberg to file plans to demolish four homes that neighbor his Palo Alto residence. So reports The Mercury News, which further notes that the he originally purchased the houses in 2013 when he determined that planned construction on one of the lots would result in neighbors having a view into his bedroom.

According to the paper, the Zuck will demolish the houses and then build four smaller ones. It is not clear at this time what he intends to do with the four new houses: will he live in them, create a creepy compound, leave them empty, or use them as guest houses? At this point, perhaps only he (and his architects) know.

One neighbor shared his concerns about the entire thing with The Mercury News.

"Is he just developing it or is he creating some sort of compound which will have a constant turnover of visitors and employees?" neighborhood resident Norm Beamer wondered. "It's a question of whether it's a normal residential development or some unusual use that might create traffic and security issues and so forth."

As we noted back in 2013, Zuckerberg paid roughly $30 million for the four homes in what appeared to be an attempt to set his own privacy settings.

Issues of privacy regarding Zuckerberg's homes previously also arose with his his San Francisco pied a terre, too, which has a round-the-clock security team keeping curious onlookers (and potential ne'er-do-wells) at a distance  and occupying precious street parking  even though he may barely live there thus far. It seems that with his Palo Alto home he may have felt just isolating the property was an easier solution. 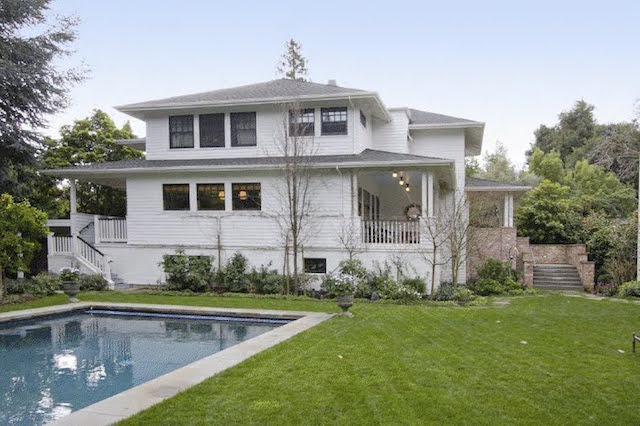 Previously: Mark Zuckerberg Buys Neighboring Houses So He Can Set His Own Privacy Settings

Photo of Mark Zuckerberg's house from Alain Pinel Realty by way of the Realestalker.

Assembly Bill 797, a proposed amendment to Section 597.7 of the state Penal Code relating to trespass, would extend the privilege of smashing car windows, if necessary in order to rescue dogs

CUESA (Center for Urban Education about Sustainable Agriculture), otherwise known as the people who organize the Ferry Plaza Farmers' Market and the Jack London Square Farmers' Market, have launched a new ad campaign