The once gold-painted rock on Bernal Hill has seemingly stepped right into the Hillary versus Bernie debate, and thankfully for all of us one SFist tipster was there to document the vacillating boulder as it tried to come to terms with just which candidate would best represent its sedimentary interests.

"This past Thursday: the gold painted rock becomes blue," wrote Karen Celia Heil of the above picture. "Saturday AM: 2 women spotted adorning the blue with 'Bernie Rocks,'" she then noted of the following. 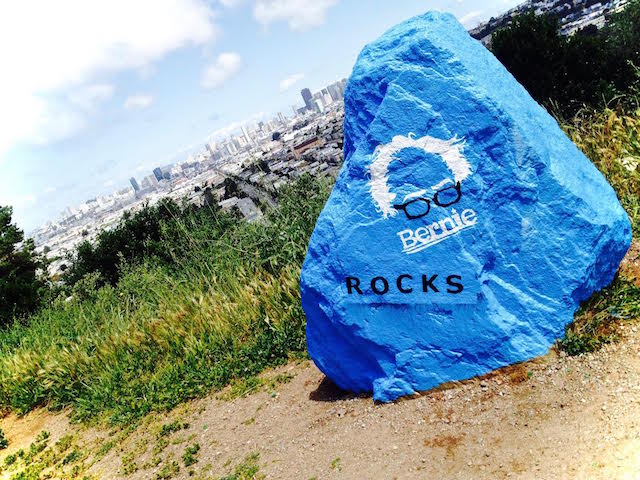 And sure, as we learned in March, San Francisco ranks the second highest of any city in the US for per-capita campaign contributions to Bernie Sanders's presidential campaign — so it makes sense Berners would seize the opportunity to show some love (and also make a pun). But as we know, there is a lot of local passion for Hillary Clinton as well — a fact which the rock made very clear by the next day. 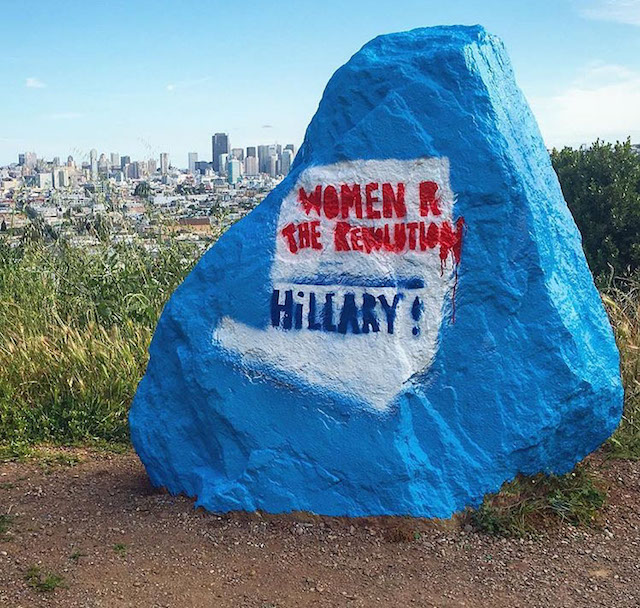 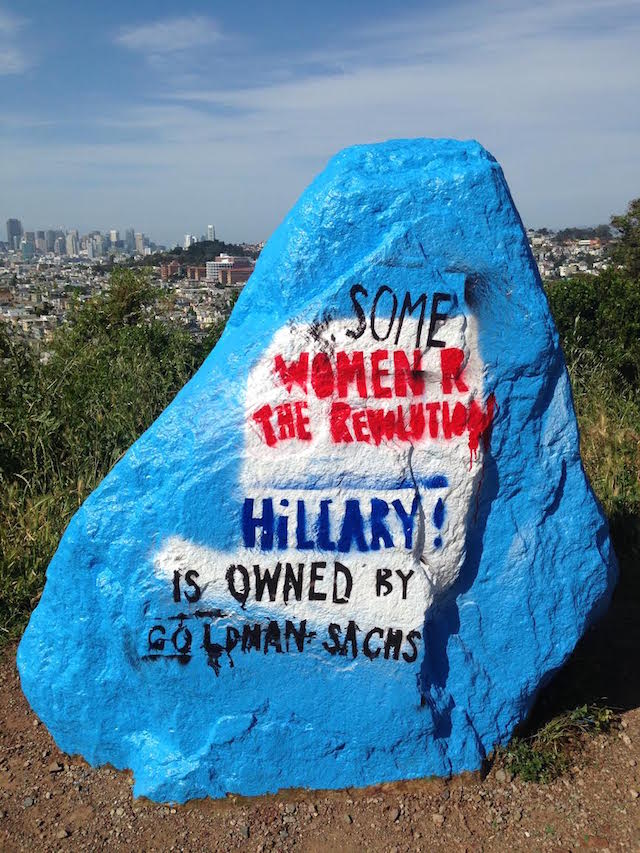 According to Heil, that is how it remained Sunday evening. No word yet on whether or not the rock is now considering Trump, as its original gold color indicated.

The glass-clad, 13-story headquarters of the San Francisco Public Utilities Commission that overlooks Civic Center from Golden Gate Avenue, completed in 2012 and touted as the greenest urban office building in North America,

Sad news for fans of one of the cornerstone businesses of Oakland's Temescal neighborhood: Genova Delicatessen is packing it in and closing up shop later this week, on April 30. The Italian deli