A man who goes by Bubbles, but who's also known as local artist and queer character Anthony Torres, was summarily kicked out of one his regular watering holes on Thursday morning, and told by the bartender it was because of the way he looked. This happened at Ace's in the Tenderloin, and the story broke via BrokeAss Stuart with the following audio that Bubbles recorded of the bartender telling him to leave, claiming to speak for the owner.

Bubbles is asking for another drink, and after being refused, begins recording the bartender who says, "Because of the way you look! How does that grab you? I don't know! What the hell."

Bubbles says he goes to Ace's "because it’s one of the only bars left that opens at 6am," and it looks like this all happened on that early early morning shift.

The owner of the bar, Scott Broccoli, quickly issued an apology and said that the bartender, Jake, had been fired, and SF Weekly followed up to confirm that.

To BrokeAss Stuart, Broccoli says, "This is tragic and I am disgusted by what happened. No owner or manager would’ve said that. It’s absurd. There is no chance in hell that we would discriminate at Ace’s. Not only is this San Francisco, this is 2016. It’s absolutely unacceptable."

To SF Weekly, he gives a bit of a more nuanced response suggesting that maybe the real reason Bubbles was being refused service was because he was being an asshole, but that what Jake said was out of line.

"There's no question, what he should have said was, 'You're being an asshole  I don't want to serve you.'" says Broccoli. "He was poked and prodded into agreeing it was [Bubbles's appearance] was why  but that's neither here nor there."

He says he's hoping to get to apologize to Bubbles himself, and says, "Shit, man, this is the Tenderloin... It's really just stupid to think that we're not going to serve someone because of the way they look." 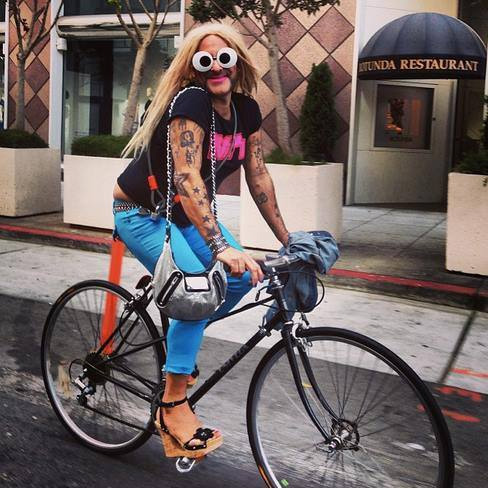 An 11-year-old on the autism spectrum who disappeared briefly on Friday afternoon from his school in Concord is now safe at home after one San Francisco woman spotted him by a freeway. News

—
Man Kicked Out Of Tenderloin Bar For Looking Too Queer, Bar Apologizes
Share this