A major murder trial is ongoing in Alameda County in the case of Darnell Williams Jr., 25, who stands accused of the fatal shooting of eight-year-old Alaysha Carradine in East Oakland in 2013  an indiscriminate and horrific act of violence that shocked the Bay Area, despite the unfortunate frequency of homicide news out of Oakland. Alaysha Carradine was murdered because she answered a doorbell during a sleepover with a friend at the friend's grandmother's house, and two other children as well as the grandmother were also wounded in the blaze of gunfire. Williams is on trial both for Carradine's death and for the murder of 22-year-old Anthony "Tone" Medearis Jr. two months later, killings that prosecutors characterize as "a rampage of violence" by a convicted felon with ties to a Berkeley gang who wasn't even allowed to possess a firearm.

Williams was arrested just three weeks after Medearis's murder, as NBC Bay Area reported, as police believed he and his associates were planning multiple murders in a revenge spree.

As Berkeleyside reports, the latest witness to take the stand in the trial, which began in late March, was Williams's ex-girlfriend Britney Rogers. As she previously did in a preliminary hearing in 2014, Rogers testified that she was with Williams the night of Carradine's murder, that he came home to her apartment with two guns and wearing a bullet-proof vest, and that he confessed to the shooting, though he did not necessarily know whom he had shot. 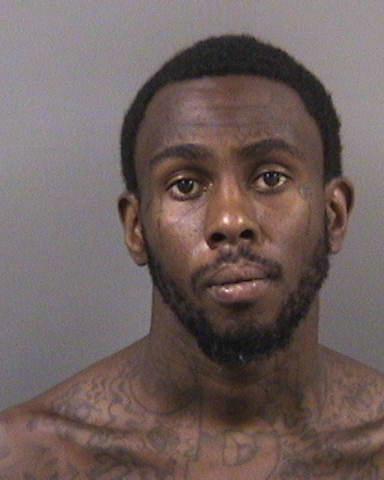 On July 17, 2013, Williams learned that his friend Jermaine Davis had been fatally shot at around 6:45 p.m. that evening in Berkeley. After a meeting with alleged associates in Berkeley's Waterfront gang, Williams set off for a home in the Dimond District in East Oakland where he believed the culprit in the killing might be  he was told this was the home of Antiown "Twanny" York's baby mama.

According to Rogers, after smoking a blunt on the drive over, Williams approached the house, rang the bell, and began shooting indiscriminately through the metal screen as soon as it opened, hitting Carradine, two other children, and the grandmother down the hall. After shooting a total of 13 bullets, he then got back in the car and returned to Rogers's home.

First responders have described the horrific scene, and one police officer's story of arriving to save Alaysha Carradine was relayed during opening statements in the trial. As the Mercury-News reported, the jury has already seen video of Oakland police officer Jason Mitchell describing finding a still breathing Alaysha in a pool of blood, and paramedic Julie Silva described Alaysha's last words in the ambulance.

During the ambulance ride, Silva described trying to reassure her as she slipped in and out of consciousness.

"Then she let out a scream that will haunt me to the day I die," Silva said.

"And I said ,'No baby girl, you're not dead; you're hurt,' " Silva said, and then kissed her on the forehead.

According to Rogers, she and Williams stayed up all night after he had confessed to the shooting, until they saw the first news reports on television around 5:30 a.m. When they saw that an eight-year-old girl had been killed, Rogers says that Williams's response was "Fuck that bitch."

She said she was "uneasy," and that the two began to fight about what had happened in the shooting. She says Williams then immediately turned on her, and threatened to kill her and her entire family if she snitched.

Defense attorneys have tried to discredit both Rogers and another female witness in the case by calling them both "prostitutes," and by poking holes in Rogers's account. Rogers said she remained constantly fearful about retribution, but that she "just want[ed] to give this family justice." Previously, she sent her own children away to stay with an older friend, because she feared for their lives as well.

She also insists that while Williams tried more than once to get her to have to sex for money, in order to give it to him, she had never exchanged money for sex.

The defense also insists that no murder weapon or other evidence exists to tie Williams to the crimes, and thus Rogers's testimony is key in any possible conviction.

Testimony continues in the shooting of Medearis in September 2013, and the trial is expected to last until June. Because of the special circumstances of multiple murders and "lying in wait" in the case of Carradine's killing, Williams could potentially face the death penalty, which will be decided in the sentencing phase of the trial.

After making note of the $241 million the city now allocates to homeless services yearly, a figure published in the Chronicle that represents a new high, not to mention $84 million more than

Ugh, this world. Horrible! It is hard not to feel ground down sometimes. But when you need a lift, maybe take a look at the face of the SF Zoo's newest guest, this