Ten months in, the team at Ne Timeas Restaurant Group (Aatxe, Flour + Water, Central Kitchen, Salumeria) has decided to pivot a bit with the menu offerings and format at the downstairs Cafe du Nord (2174 Market Street). Last June, they reopened along with a newly separated dining room dubbed The Viking Room with a cocktail-focused menu that included a few beers and wines, as well as classic American/Californian tavern fare like broiled oysters, a Caesar salad, chicken under a brick, an excellent burger, and cioppino. Also, most nights of the week featured live music from the space's small stage during dinner, harkening back to the space's days as a full-time music venue.

As of the last two weeks, you'll find there aren't any reservations available at The Viking Room anymore, and dinner service in that back room is temporarily on pause. It is still available as an event space, but it's future looks to be in flux.

The food menu, also, has been significantly reduced (see below), with some of the more pricey items like the cioppino no longer available, and a focus now on cocktails (created by the Trick Dog guys) and bar food with just two larger entrées available, steak frites and fried chicken. Also gone are the seafood tower (though you can still get oysters and shrimp cocktail), crudo specials, and larger format specials like this whole roasted trout.

I can say that the fried chicken ($16) comes as a generous three-piece meal and has some excellent, well seasoned batter, good crunch, and juicy, nicely brined meat. It also comes with a jar of the most delicious, tangy cole slaw on the side and house-made barbecue sauce and charred-scallion ranch for dipping.

But it does look like the dining room concept will be swapped out, despite getting a good review from Michael Bauer last summer  he did note that the music part was seeming more like "a curiosity and a distraction," and that service was "weird."

Service was thorough and attentive on my recent visit, and a server explained that the new emphasis was to keep things fun and casual, and cocktail- and snack-focused. I've reached out to the management team for comment about the changes  which appear to have occurred quietly  or when we can expect that dining area to get back in use, and will let you know when I hear.

The full revised menu, currently available in the lounge and bar on a first-come, first-served basis, below. 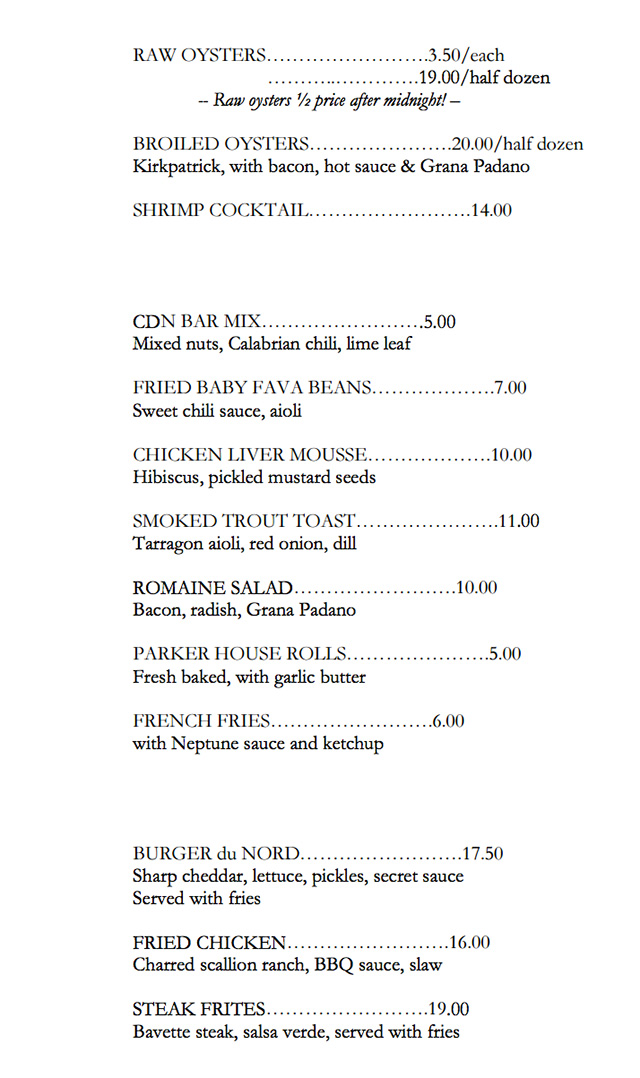 Anyone who was here in 2013 and relied on BART to commute to and from the East Bay knows how painful a BART strike can be. That strike only lasted four days, but