After November saw the shutter for Chino, a foray into dumplings and noodles from the Tacolicious team, owner Joe Hargrave re-imagined his prime space at 16th Street and Guerrero as a sports bar hangout. There, at Bar San Pancho, you'll find the Mexican-influenced food and cocktails we've come to expect from the T-Lish crew, with a twist, and Eater has it that they debut tonight.

Foosball tables and TVs upstairs and downstairs aim to entertain, and wings, tacos, and tortas all make the menu. Oh, and yes, there's a little something called a Quesoburguesa on there too, which Inside Scoop tells us is a hamburger stuffed with chile con queso. Behold: 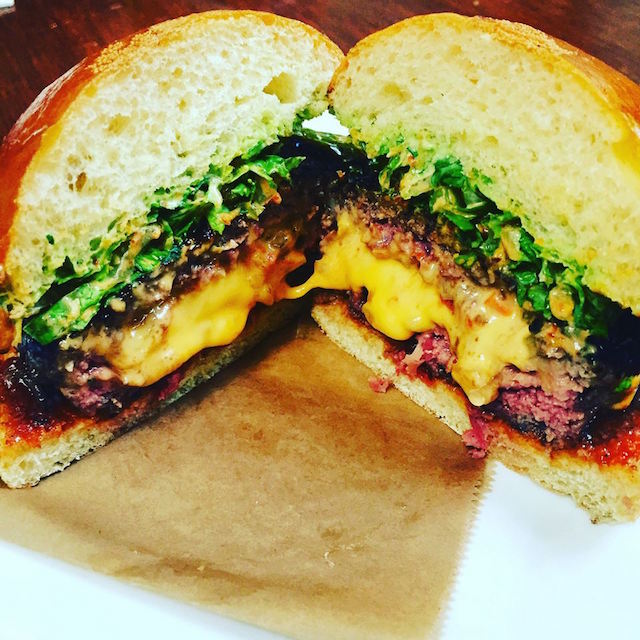 Tacolicious' founding chef Telmo Faria, who is working on his own project, Uma Casastepped in temporarily for a few days to get things started in the Kitchen at Bar San Pancho. At the bar is manager Manny Rodgriguez Ramirez, and drinks that you don't design yourself — you've got the option to pair your own house-made syrups and spirits — come from Tacolicious' beverage director Jeremy Harris.

There will be no more "Lightsaber Battles" in San Francisco or anywhere else for that matter, and no, not because the last time the unpermitted event came to San Fransisco in December it