What a way to start the day. According to a tipster, at around 5:00 a.m this morning, he and his neighbors were awakened by the sounds of explosions and greeted by the sight of massive flames outside of their Haight/Cole Valley building.

"Total shitshow [at] 5am this morning," writes neighbor Tristan Rinehart. "Some junkie propped a couch between two parked cars and lit it on fire."

Rineheart tells us that he noticed the couch stuck between the cars parked on Parnassus Avenue sometime last night and called the Department of Public Works to report it. He says he was told that DPT probably wouldn't pick it up until the morning. Well, they were obviously too late.

"Car alarm started goin off, and the flames were three stories high," writes Rinehart, "and then the cars caught fire and one of the tires exploded. Whole neighborhood was up and watching in their windows."

This does not appear to be the work of someone like the Castro's carsonist, who torched five cars in less than a week back in 2014. The prime suspect in that case was David Diaz — the same man who had been convicted of strangling his lover and attempting to burn the body. Instead, based on Rinehart's description, it reads more like an accidental fire that got way out of control. However, of course, at this point there is no way to know for sure either way. 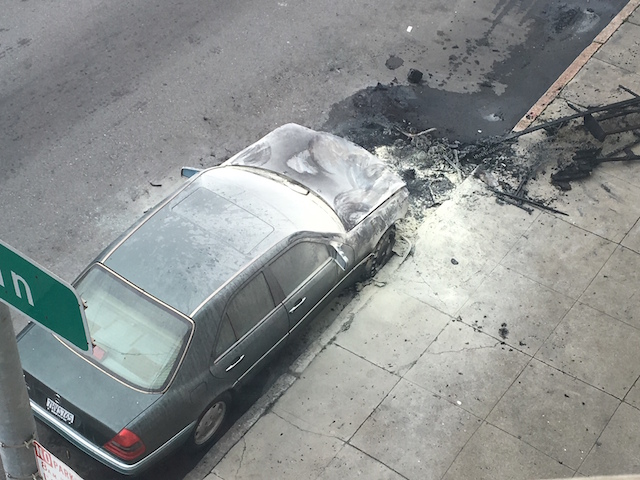 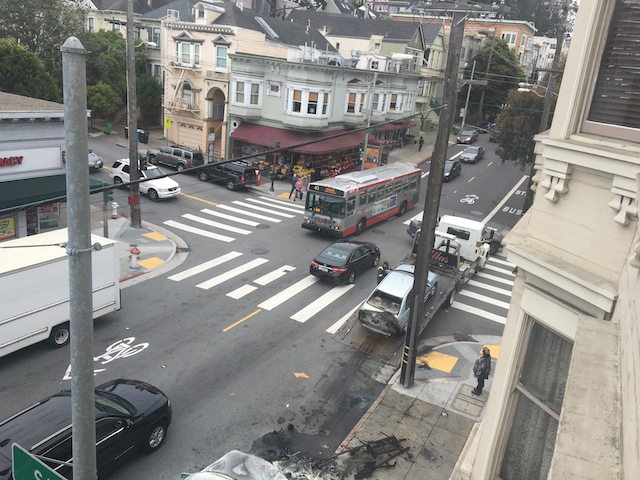 You could own Muni's two remaining Boeing-Vertol light rail vehicles, aka the "big orange trains," for absolutely no charge, a spokesperson says. All you need is a way to haul them off SFMTA