The second San Francisco Eatsa, which is less like a restaurant and more like an Amazon Locker for quinoa bowls, is set to open next week in that land of the quick lunch, the Financial District.

Okay, the format won't be unfamiliar for Europeans (or people who were in New York in the 1950s) with their automats, but Americans can be forgiven their befuddlement. The idea is this: Order on an iPad and then receive your bowl through a hole in the wall as it's placed in a mailbox kind of thing for you to grab and go.

Our Angeleno counterparts at LAist had the news that Eatsa was opening in LA in December, so this marks their third location overall. Inside Scoop reported the news of Eatsa's imminent expansion from Spear Street to, now California and Market in the One California building, which SFist had heard was coming back in November, but without a clear opening date. 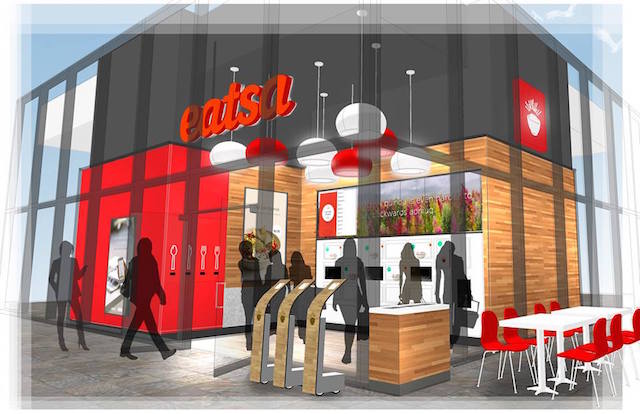 With a full menu of $7 vegetarian quinoa bowls like a "burrito bowl" and a teriyaki "bento bowl," Eatsa has been a novel hit among diners who prefer the digital ordering an cubby-collection process, which the eatery says cuts costs, to speaking aloud with humans. But hey, plenty of skeptics have been surprised by the quality and overall experience at Eatsa, so perhaps it's best to reserve judgement until you've given it a try — as San Francisco's FiDi workers can starting next Thursday. If you're really in a hurry, give their mobile app a try — you were waiting for that, weren't you.

A report on the state of internet infrastructure and use in San Francisco told us last year, among other things, that a ton of SF residents just have dial-up internet or else have

Lombard Street  and not just the famous twisty part  is in store for some changes designed to improve pedestrian safety. The SFMTA intended to vote today, reports the Chronicle, on whether or not