Back when the “Yelp for People” app Peeple was announced in September, public reaction was so profoundly negative that SFist couldn’t help but be intrigued. This week Peeple actually arrived in the iOS App Store (no Android version, sorry peeps), so I downloaded the app and took it for a spin to see if all the death threats and gnashing of teeth were justified. Assessment? The gnashing of teeth is justified, the death threats not so much.

In a hilarious Catch-22, just by downloading and using Peeple you are likely to immediately violate its Terms and Conditions. “In order to access this Application and use or subscribe to the Services you must be at least 21 years of age,” the Terms say, “and reside in Canada.” Who among us lives in Canada? But in the interest of moving fast and breaking things, I downloaded and used Peeple anyway. 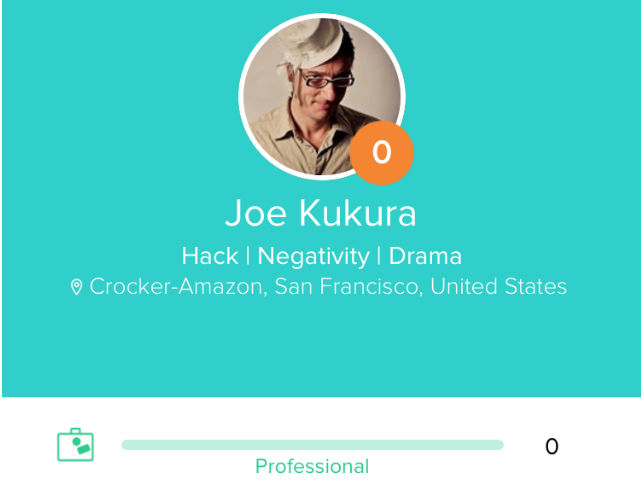 The Peeple app works by accessing your Facebook profile, which is generally best to avoid unless that app will get you laid. Peeple then accesses your phone’s Contacts to see if any of your friends are on Peeple (Note: They’re not). You are asked to complete your profile with three simple words describing yourself in terms of Occupation, Passion and Interest.

The main problem with Peeple is that no one is on there. It’s like trying to use a dating app that’s still in beta, you just see the same small smattering of users every time. On a “Nearby” search in San Francisco, my profile found all of 153 users. Among these 153 users, there was an aggregate total of four reviews. 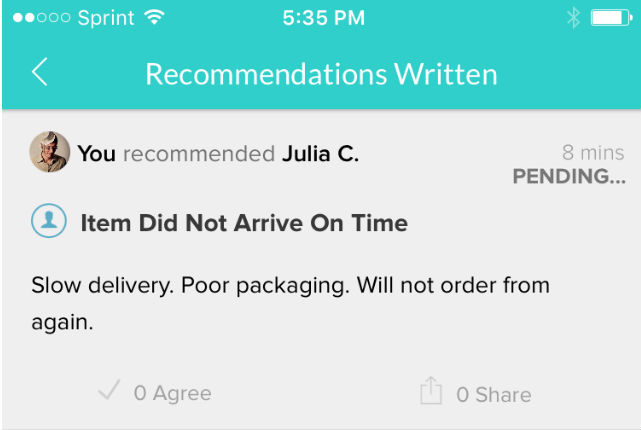 My first order of business was to go right to Peeple co-founder Julia Cordray to leave her a review (above). Reviews must be approved by the user before they appear. As of press time, she has still not approved my review. 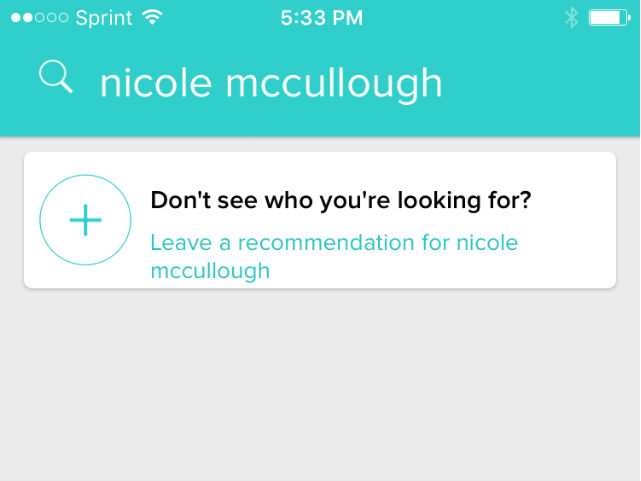 Moving right along, I attempted to leave a review for Peeple’s other co-founder Nicole McCullough. Her profile does not appear and I’m not even sure if she has one, so I could not leave my review that “The one star is for service, food was terrible and the onion rings were overcooked.”

Peeple has changed somewhat from its original concept that got so many undergarments into a bunch. It is now an opt-in only app, so your reviews cannot appear unless you’ve started a Peeple account and approved the reviews. Review recipients who are not on the app receive a Peeple invitation, which they can decline. But a paid feature called Truth License is in consideration, which would allow users to look at unapproved reviews and effectively cancel out the above safeguards. Until that launches, you are welcome to leave reviews on my profile shown in this article, and I promise to approve all of them.

The drawback, though, is that you'd have to download Peeple to do so.