The crack of the bat, the smell of the grass and all your favorite baseball clichés go back into effect today when the San Francisco Giants start their 2016 Cactus League games. Baseball is back, people, and the first pitch was thrown at 12:05 p.m. PST with the Giants taking on the Los Angeles Angels in a Spring Training opener featuring our new $90 million right-handed pitcher, Jeff Samardzija (say that ten times fast!).

Samardzija is not the only new addition to the Giants’ 2016 roster, a team well-positioned to repeat their even-year championship magic of 2010, 2012 and 2014. The team has also added dreadlocked All-Star and 2014 NL strikeout leader Johnny Cueto to the pitching rotation and returns the now-clean shaven Madison Bumgarner, 2012 perfect game pitcher Matt Cain and the not-always entirely reliable Jake Peavy. Last year’s no-hitter hurler Chris Heston is also fighting for a spot. 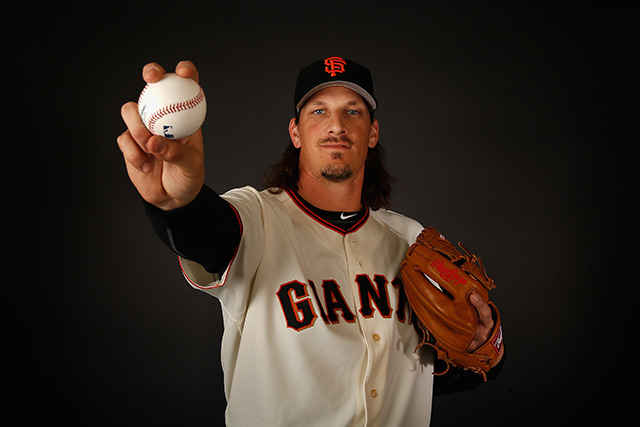 Technically, the Chicago Cubs are Vegas’ odds-on favorites to win this year’s World Series. But anyone who’s been paying attention for the last six years (or 108 years) understands that the October/November championship proceedings will be a Black and Orange affair.

Tim Lincecum is not a San Francisco Giant anymore, nor is he a member of any MLB team at the moment. The two-time Cy Young winner and celebrated “Fuck Yeah” proclaimer remains unsigned and is auditioning for MLB teams.

It’s the guys returning at full health (I hope?) who figure to really propel this year’s championship dreams. Second baseman Joe Panik’s healthy back should have a calming effect on the infield and hitting situations. 2015 Gold Glove and Silver Slugger winner Brandon Crawford returns to shortstop, Buster Posey is batting cleanup and new center fielder Denard Span hopes to be ready for Opening Day (April 4, at Milwaukee).

These “guys you’ve heard of” do not figure to play many innings in Spring Training exhibition games. Still, baseball is back! And that’s pretty exciting in San Francisco when the year ends in an even number.

If you’re not planning a road trip to Scottsdale, AZ, today’s game (and a handful of other Spring Training games) will be broadcast on KNBR 680. Games can also be streamed on MLB TV ($24.99 a month or $109.99 a year), but I’m afraid I’m not seeing a link on most of the better-known piracy streaming sites. If you have Comcast SportsNet Bay Area, the first Spring Training game they’re broadcasting is a Tuesday, March 8 contest against the Reds (6:05 p.m. PST).

The Giants' regular season begins April 4 with an away game against the Brewers, and their home opener is on April 7 against the Dodgers. They'll also be at home at AT&T Park playing two exhibition games against the Oakland A's on March 31 and April 1.

Fancy yourself good at Instagram? Like, really, really good? Well, then Netflix has some news for you. The video streaming and TV and film production company is on the hunt for "Grammasters" (seriously,