Your ability to enjoy Deadpool is directly predicated on how much you enjoy the entire Ryan Reynolds thing, by which I mean that whole smartass-with-the-shit-eating grin persona he's been working since his days at the Pizza Place. If you can't stand that schtick (if it is a schtick! It might not be! If not, Blake Lively, I'm so sorry) then Deadpool will be greater torture for you than anything Wade "Deadpool" Wilson experiences onscreen. That's fine, skip on down to Rain's Zoolander 2 report.

Still here? Deadpool is exactly the enema the current trend of greyscale, epic, weight-of-the-world-on-their-shoulders comic book movies needed. Meta to almost a fault, Reynolds' Wilson occupies a weird world that contains both Professor Xavier's Westchester County X-Mansion and the 2008 People Magazine that named Hugh Jackman the "Sexiest Man Alive." (I don't recall it noting that Reynolds shared that honor in 2010, but it seems like it should have.) Smack dab in the center of that world is Webster, a mercenary with a heart of gold and a health plan that probably deserved a second opinion.

Leaving behind Reynolds' portrayal of Deadpool in Wolverine, the film cleverly sandwiches our anti-hero's origin story between slices of action, a device that actually works pretty well! What follows is a fairly straightforward tale of revenge and reunion, made fresh by Reynolds' profane, mile-a-minute quip delivery and some very sharp fight scenes.

Don't get me wrong, I love a serious brooding super hero movie as much as a next guy. But sometimes you gotta let a comic book just be a comic book, you know? And Deadpool does that with nonstop blood, flair and style. -- Eve Batey

It's been fifteen years since the original Zoolander opened, which means it's been fifteen years since the one and only time I've seen it. Honestly, it didn't leave much of an impression on me, although for years I've been wondering if the fictional model's signature "Blue Steel" pose can ultimately be blamed for the existence of the ubiquitous duck-faced Instagram selfie that everyone has in their respective feeds.

Luckily, any knowledge of the first movie is unneeded to understand the sequel, which begins with about 15 minutes of back-story and catch-up. Zoolander (Ben Stiller) and Hansel (Owen Wilson) have gone into hiding, but an international crisis centered on the deaths of several celebrities, an offer to star in a high-profile fashion show in Rome, and the possible discovery of Derek's long-lost son means a reunion for the once-hot-but-now-not supermodels.

The movie's at its funniest when it isn't centered on Derek or Hansel, and frankly could have used more of Kristen Wiig's insane designer Alexanya Atoz, who looks like Donatella Versace and Lady Gaga had a baby and raised it in a tanning bed, and her head designer Don Atari (Kyle Mooney) an insufferable hipster whose every-other-word is an insult that's really a compliment. Zoolander 2 is unquestionably stupid, but I have to admit, I laughed a lot.

Besides, any movie that opens with the violent murder of Justin Bieber can't be all bad, right? 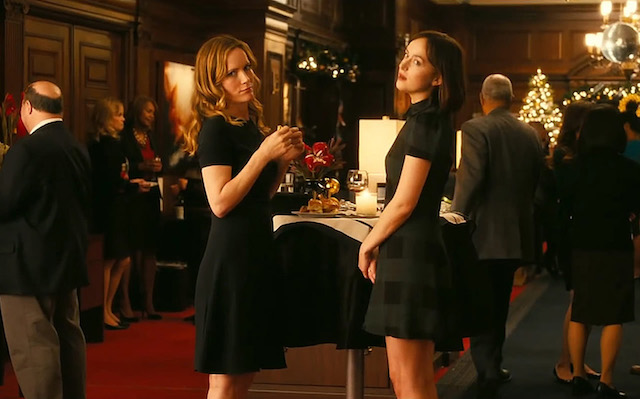 How to Be Single - Everywhere

Dakota Johnson, Alison Brie, Leslie Mann, and Rebel Wilson star in this comedy based on the book by Liz Tuccillo. She also co-wrote the book He's Just Not That Into You, and that should probably give you a basic idea of what this will be like. We get one of these date-night movies every year around Valentine's Day, whether we want one or not, but I gotta say, this one seems more the-last-bunch-of-flowers-at-Safeway than a nice bouquet of fresh roses.

Where to Invade Next - Alamo Drafthouse, Metreon

Michael Moore dials back the vitriol for his latest documentary. Warmongering isn't the topic of this one; instead Moore "conquers" (visits) several different countries around the world, finds out how those countries have been able to succeed in ways that America hasn't, and then claims those resources (ideas) for the U.S.

Among the discoveries are free nutritional meals for schoolchildren in France; 30 days paid vacation and two-hour lunches in Italy — with no loss in production; prisons in Norway where rehabilitation is the goal, not punishment — with some of the lowest recidivism rates in the world; college education, tuition-free, for everyone — including American foreigners; and free healthcare for women in Tunisia, a country with an Islamic government.

Of course none of those countries are without their own problems, and Moore admits in the movie that he set out to "pick the flowers, not the weeds." This is a kinder, gentler Moore, and if anything, the movie is at least a lovely travelogue. But the take-away message — that so many of these successful foreign programs actually have their roots in American ideals, but we just can't get it together enough to make them work — is as infuriating as anything in any of his other movies.

Mario Woods was shot by SFPD officers 20 times on December 2, with an autopsy describing the trajectory of 17 of his gunshots wounds as "back to front." The medical examiner's report was

As we have before, SFist will be recapping HBO's absurdist look at our local tech community, Silicon Valley, when its third season begins on April 24th. In the new trailer, we see our

—
SFist At The Movies: Deadpool, Zoolander 2, How To Be Single
Share this