Way downtown amongst the banks, a handsome new cocktail spot opens tonight in a space that was once home to Cable Car Clothiers at Sansome and Bush. It's called The Treasury, and it's a grand, high-ceilinged space off the lobby of the Beaux Arts-style 115 Sansome, which is also home to a Blue Bottle Coffee.

The bar, which features cocktails by longtime Absinthe guy Carlos Yturria, is a long narrow space that utilizes the high glass on the main wall to highlight a sleek, well lit new back bar.
Geremia Design incorporated brass piping, crystal fixtures, and a grand, tiered, modern glass chandelier to give the place a luxe feel.

And, you'll definitely be feeling the peak-economy luxury on the food menu, which features three tiers of caviar service (Estate, $79; Select, $105; Reserve, $130), as well as oysters, chicken liver mousse toasts, and a shrimp cocktail with Bloody Mary cocktail sauce. Just to keep things real, though, there's also housemade tater tots, and pigs in a blanket.

The owners behind the place are Arnold Eric Wong (Bacar, EOS, E&O) and Phil West (chef-owner at Range, co-owner of Third Rail), and they're calling it a "modern progressive bar" with some Parisian touches.

Below, some more photos and the cocktail list. Note that one drink, the Standard Oil, is a nod to the fact this building was once the headquarters of that big, Gilded Age oil company  here interpreted as a Drambuie and coffee-spiked rye Manhattan. 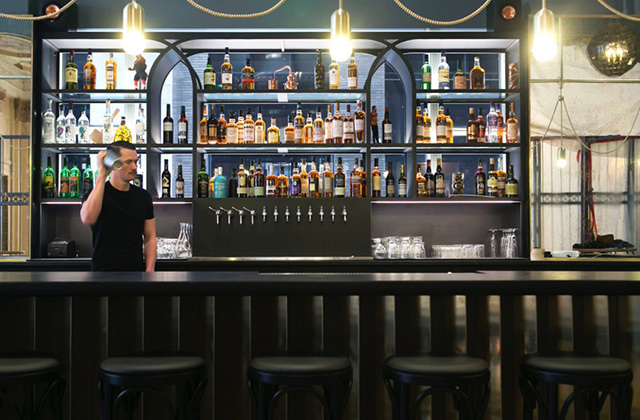 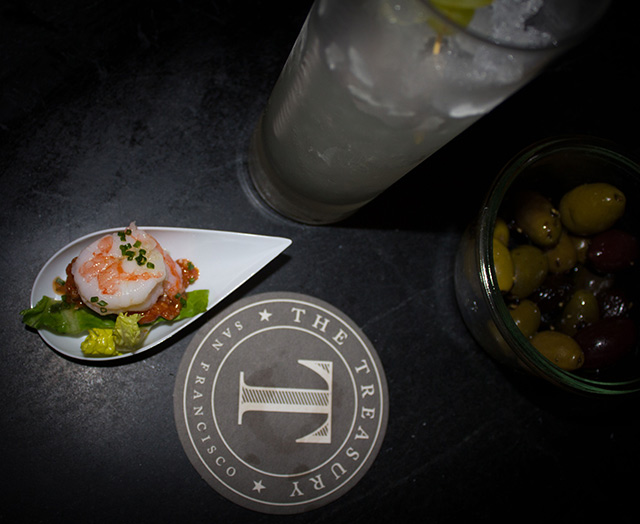 A sample of the shrimp cocktail. Photo: Blake Young/SFist 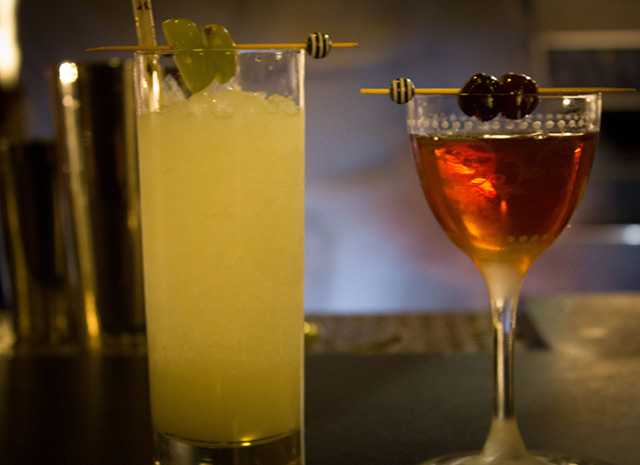 The Oro Viejo and the Standard Oil. Photo: Blake Young/SFist 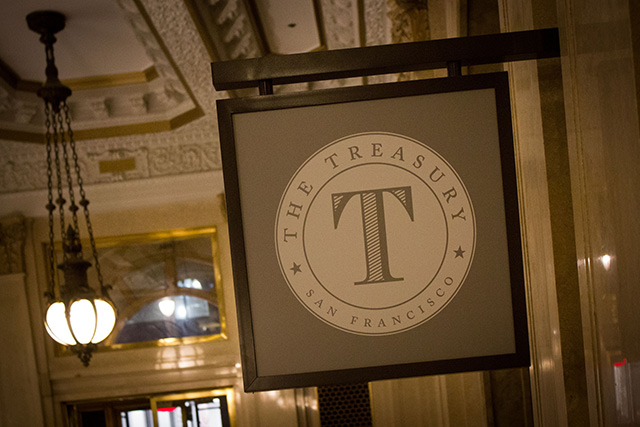 Some colors just seem like San Francisco — Giants orange, the Instagram-ready hue of the Golden Gate Bridge, and the dull yet welcoming brown of Muni unforms are just a few examples. So it

If these walls could talk, they'd probably just scream unintelligibly. The Hayes Valley Victorian at 708-710 Buchanan, a "dejected old dame dating back to 1900" by the Chronicle's estimation, has been vacant since