Students have been drawn to the Graduate Center, CUNY for all sorts of reasons: Its distinguished scholars, the quality of research that it produces, its interdisciplinary nature, the location in the heart of New York City, and more. For Jeeva Jacob and Barbara Gray, the choice to pursue an advanced degree started as a necessity.

Jeeva had recently arrived in the United States from India, where she already held a master's degree in environmental economics, but was finding that most of the jobs that interested her required a degree earned in the U.S.

Barbara, on the other hand, wanted to apply her deep background in news research to teaching and working as a university librarian, and to do the latter needed to get a second master's.

For both of them, the Graduate Center, CUNY was the obvious choice: It offered phenomenal faculty, flexibility, convenience, and, most importantly, the opportunity to really design their own courses of study. They both enrolled in the Graduate Center's Master of Arts in Liberal Studies program, pursuing quite different tracks within the program that complemented their prior degrees and career goals.

When Jeeva realized she was going to have to complete a second master's, she felt strongly that she did not simply want to rehash what she learned in India. Her first degree had focused on the economics of environmental science, so she decided to pursue a different track this time.

"I did the Sustainability Science and Education track within the Liberal Studies program," Jeeva said. "I was particular that I wanted a different approach to studying environment, since this would be my second masters. I'd done an approach in India that was primarily economics as well as primarily theoretical, so I decided to do a liberal studies program so that I'd have more freedom in terms of how information was going to be given to me. My aim is to go into environmental policy. I was certain that I needed to be introduced to different approaches of appreciating the concept of sustainable development." 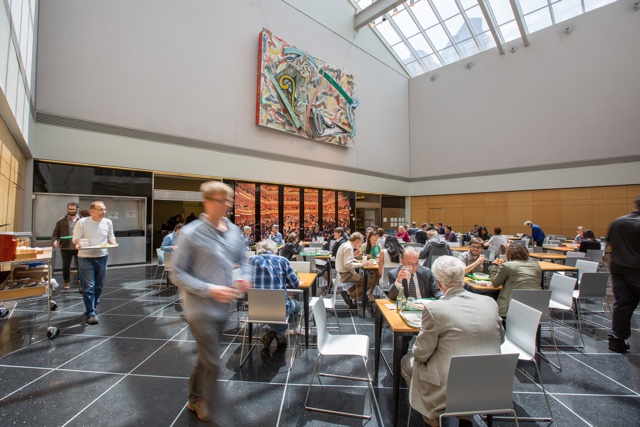 The track Jeeva selected required her to take core classes at the Graduate Center, one of which was a field course in Barbuda. After that, she was free to choose electives from most departments within the Graduate Center, taking those that she and her advisor agreed would complement her degree. For Jeeva, the fieldwork was the absolute highlight of her experience.

"You can keep talking about climate change and sustainability development, but I think the field school helped me put a human face on food security and how people are being affected," she said. "I wasn't blind to it in India, but when you don't experience it firsthand it's always going to be different. The school experience was a really immersive one."

During her time as a student at CUNY, Jeeva was also able to intern with the United Nations Development Programme. Since then, she's been pursuing work at think tanks and environmental justice organizations.

Barbara pursued a track in Biography, Autobiography, and Memoir, which, in addition to core classes, allowed her to take 18 credits from other Graduate Center departments. She took courses in Women's Studies, Comparative Literature, and Anthropology, but by far the most influential courses she took were those that focused on New York City itself: Between "Narratives of New York" and "A Political, Historical, and Sociological Profile of New York," she was able to get a better understanding of the city that she had lived in and been helping journalists report on for years.

"It just really gave you an idea of what the city was about," Barbara said. "Those kind of narratives really tell the story of all the different types of people in the city, and the different periods that people live through, and how film and art and fiction and nonfiction all really give you a picture and perception of New York City. That helped me become a much better teacher. When a student comes to me and wants to do a story on gentrification, I really understand gentrification. I really understand how hard it is to give a picture of gentrification, and some of the things you can do to get it." 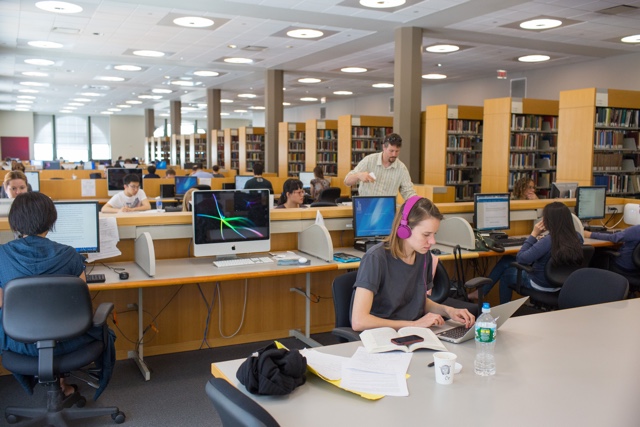 Thanks to the program's flexibility, students may take up to four years to complete their degree. Barbara was working full time as a teacher, so she typically took one or two courses per semester, and spent three and a half years enrolled in the Graduate Center.

Meanwhile, Jeeva was doing the master's so that she could then find full time work, ultimately spending just two years in the program. Throughout, having the support of her thesis advisor and mentor Sophia Perdikaris was crucial.

"The system of teaching is different in India," Jeeva said. There, "everything is given on the basis of an exam. Initially, even just writing assignments or writing courses were so different [here]. I was really intimidated by the system, because it's so different here where everybody's sitting and discussing the subject. But Professor Perdikaris was there to help me through the whole process." 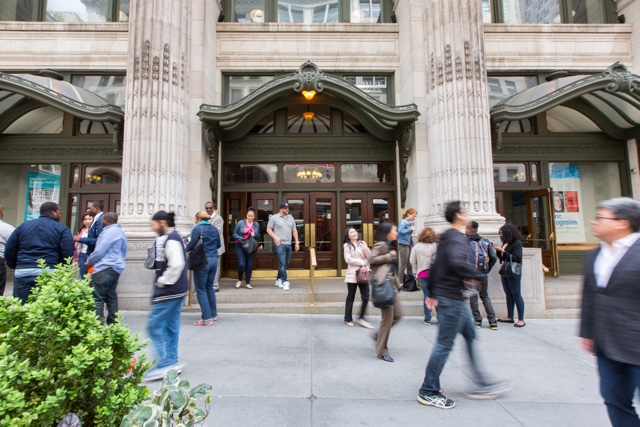 Barbara, too, found a mentor in her thesis advisor, Professor Shifra Sharlin. She wound up writing a biography of a female criminal from the nineteenth century who led a fascinating life as a pickpocket, bank robber, con woman, and blackmailer. She won the thesis prize for that piece of writing and is now turning it into a book, but she never imagined herself a writer before coming to the Graduate Center.

This post is a sponsored collaboration between the Graduate Center, CUNY and Gothamist staff.

The nice NorCal weather expected Sunday gives you yet another reason to get out of town. [SFist] Flood of private planes for Super Bowl makes Bay Area airport travel even tougher. [KRON4] Mulling

An Emerson student in Boston is facing expulsion after he tried to rent out his dorm room via Airbnb. [Guardian] In other higher education news, a student is sick at Santa Clara University

—
The Life of the Mind in the Heart of the City: the Graduate Center's Liberal Studies Program
Share this