A beer bar needs just a few things to make it great: an easy-going, come-as-you-are vibe; a solid selection of beers hopefully running the gamut from old- to new-school; and a minimum of douchey-ness. To compile the list below, SFist considered these factors and filtered out, for the most part, restaurant-bars that happen to have good beer lists, and single-branded brewpubs and taprooms, of which there are now quite a lot around the Bay Area. A couple exceptions were made to that rule, as you'll see, for spots that we thought deserved mention for their extra-special beer game. We'll save the other brewpubs and local breweries for another day, and another list. Now, in honor of Beer Week, here are our favorite places for beer sampling and swilling in SF and Oakland.


Amsterdam Cafe
25 taps and 200 bottles in the heart of the Tenderloin: It's not a mirage, it's a beer oasis. No food, no credit cards, and absolutely no pretense here. Beer is at the center of the experience, and what more could you really want in a beer bar? — Caleb Pershan
937 Geary Street between Polk and Larkin Streets 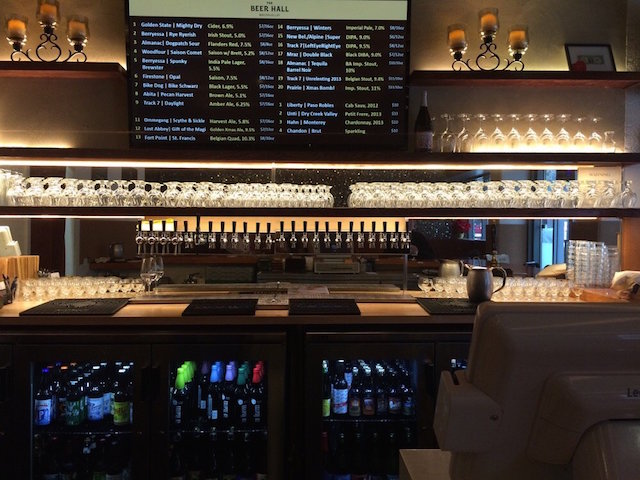 The Beer Hall
Opened in summer 2013, this cozy spot on Polk Street introduced itself to San Francisco with 39 seats and a passion for beer. In the following two and a half years, the husband and wife team that owns the beer bar/bottle shop, Andrew and Jennifer Hall, have delivered on their promise to offer a wide selection of curated beers while simultaneously providing a chill atmosphere to sip post-work. When you go in, check out the huge piece of bottle-cap artwork on the wall. Oh, and they also offer wine, so you can maybe convince that friend of yours who's just "not into beer" to come along. The Beer Hall might just change their mind. — Jack Morse
1 Polk Street, Between Market and Hayes Street 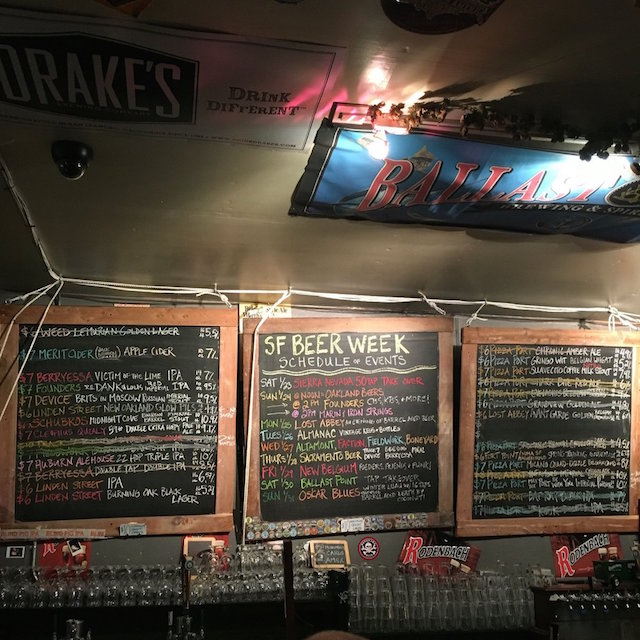 Beer Revolution
Beer Rev: The bad boys of the Oakland Beer scene, serving high-octane, hopped-up brews in a grunge-rock atmosphere since 2010. Grab some vegan soul food at their next-door sister restaurant to go with one of their their 50(!!!) beers on tap. It's also part bottle shop, so leave happy and with a few hoppy brews to go. — Caleb Pershan
464 3rd Street Oakland between Broadway & Washington St 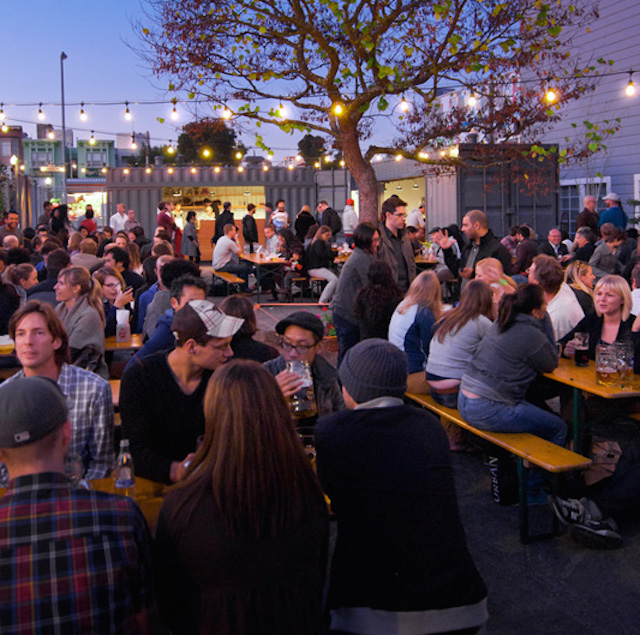 Biergarten
It's crowded even in inclement weather, and forgettaboutit if it's warm and sunny, but Hayes Valley's favorite "temporary" beer garden is always a good time when you can get a seat. It's a spinoff of nearby Suppenkuche that will live on until at least 2021 thanks to a recent lease extension, and because of the cargo-tecture setup, there are limited kegs  and all the beer is German. You can get a whole boot-full, however, just like in Germany, and this place makes a mean, drool-worthy burger that's only available on Wednesdays. Do note that in the winter they're only open from 2 to 8 p.m. Wednesday to Saturday (1 to 7 on Sundays), and come summer, they still wrap things up by 9.  Jay Barmann
424 Octavia Street at Fell 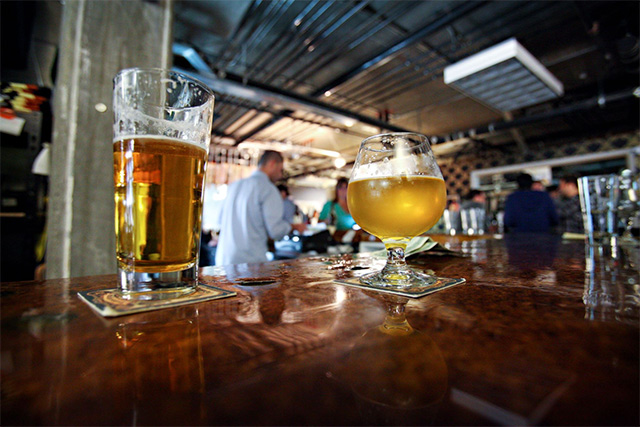 City Beer Store
A sure-fire way to run into a gang of fellow beer geeks on a Saturday would be to pop into this no-frills SoMa beer emporium, which is both a bar and a retail store combined. It's like Beer Week every week at this place, which was opened by married couple Craig and Beth Wathen ten years ago, and has since doubled in size, taking over the space next door. There are frequent tasting events and always something new to try, be it a traditional Belgian sour or a gose from Maine. And despite the intimidation factor of their huge bottle selection  all of which you can crack open and enjoy there  the staff is always extremely friendly.  Jay Barmann
1168 Folsom Street between 7th and 8th 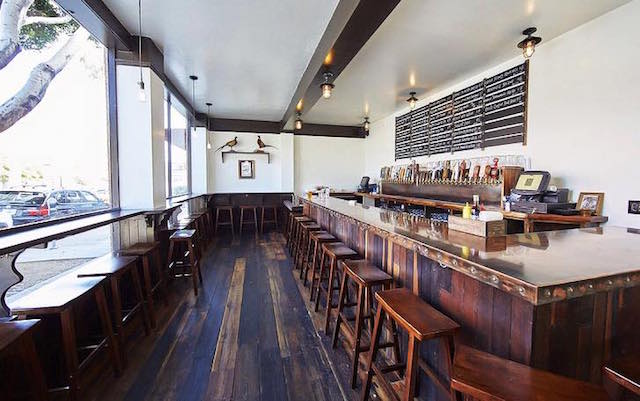 The Crafty Fox Ale House
Located in the former Woodward's Garden Space at Mission and Duboce the Crafty Fox has plenty to choose from (36 taps, specifically) behind their handsome main bar. Sidle up here, or else head to the next room over where beer-hall seating is waiting. Solid bar bites (poutine, wings, et al.) seal the deal, and though this is all happening basically under the freeway, the Crafty Fox manages to be convivial and fun. Tasting, too, is encouraged. —Caleb Pershan
1700 Mission Street at Duboce 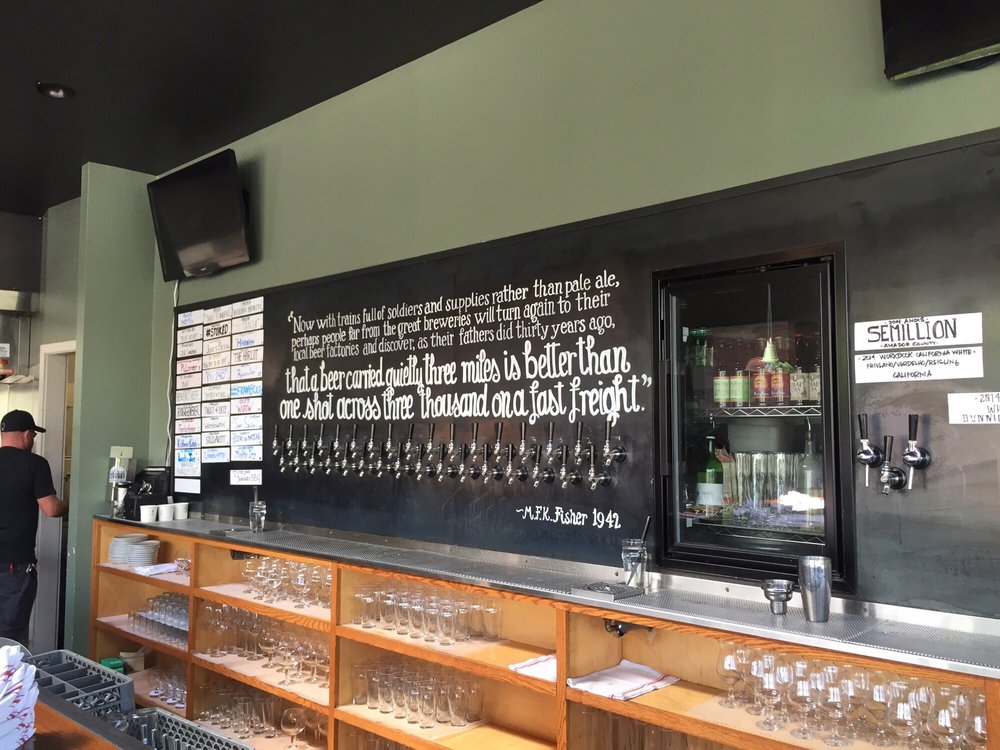 Hog's Apothecary
This lively little spot in Oakland has maybe the most on-point draft list around. Seriously ethos-driven, just check out that M.F.K. Fisher quote behind their more than 25 taps. The sausages at dinner are more than passable, but in particular the brunch is a favorite. —Caleb Pershan
375 40th Street, Oakland, between Opal Street and Shafter Avenue 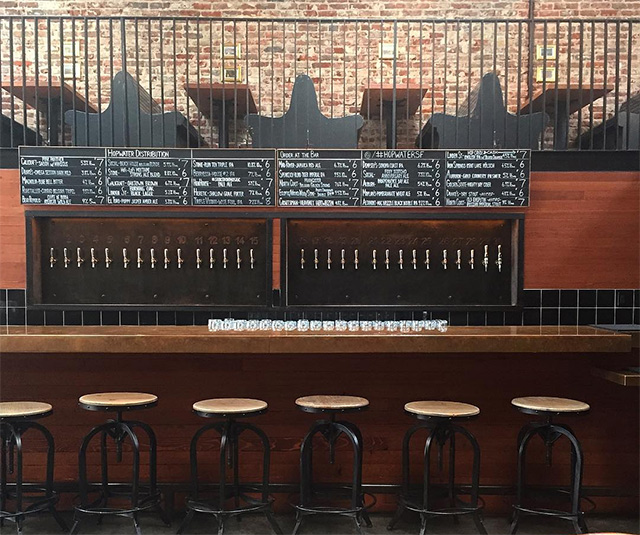 Hopwater Distribution
This lower Nob Hill spot was part of a wave of local beer upstarts to come along in the last three years, and the gimmick here (even though the place is far from gimmicky) is their 31-beer draught list is all brewed in California  and if you think that's limiting, consider the fact that California is now home to some 425 breweries. The taps are constantly changing, but on any given evening you might get to try a black IPA from Sacramento brewery Ruhstaller, a session beer from SF-based Pine Street Brewery, or a Baltic porter from San Diego's Coronado Brewing. And, as the Hopwater guys say, their mission "is to offer an enlightening experience free from beer-snobbery." And while they might have a lot to tell you about the beers they serve, they add, "We are here to tell jokes and talk Giants baseball." Also make note that they serve food, including a solid fried chicken sandwich with chimichurri.  Jay Barmann
850 Bush Street between Taylor and Mason 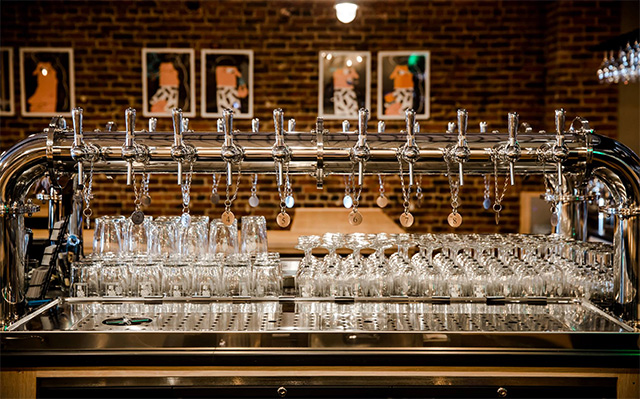 Mikkeller Bar
Two-and-a-half-year-old Mikkeller Bar is a collaborative effort by local beer guy Chuck Stilphen (of Oakland’s The Trappist) and cult-famous Danish brewer Mikkel Borg Bjergsø (who also owns three Mikkeler Bars and a brewery in Denmark), and with an extensive bottle list and 42 taps featuring a rotating selection of international craft beers, it is a beer geek's dream come true. Being so centrally located, it's also extremely popular, and most nights of the week you may find it hard even to find a perch from which to sip a few of their fine beers, as guided by their knowledgable staff. There is an extra bar space downstairs, however, and the place is great for a date or double-date with a full food menu, and some truly noteworthy, Belgian-style french fries.  Jay Barmann
34 Mason Street near Market 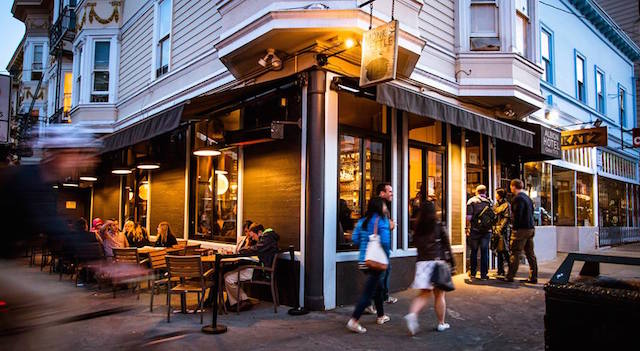 Monk's Kettle
Something of a defining gastropub for San Francisco, Monk's Kettle (est. 2007) raised the bar for local beer-and-burger bars. It's small inside and the crowds keep coming, but the addition of outdoor tables has helped a bit. Not sure how to approach the long tap and bottle list, the product of unparalleled access to top-notch breweries from here to San Diego? Just ask — the staff has tried everything and will be happy to help. —Caleb Pershan
3141 16th Street between Valencia and Guerrero 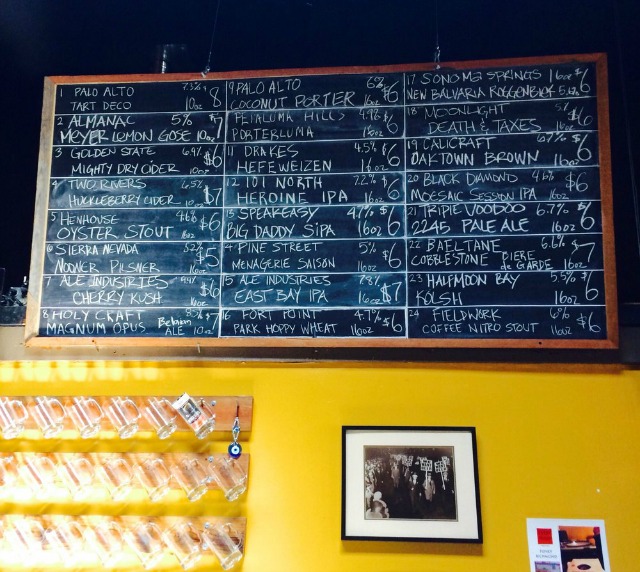 One example of the ever-changing draught menu at Richmond Republic. Photo: Adam S/Yelp

Richmond Republic Draught House
Richmond Republic's only been open a bit more than a year, but they already have a loyal following of beer drinkers due to their 24 regularly rotating taps that range from deep craft cuts to fan faves. (There's even a "mug club"!) Their food's also a generous half step (be honest, you don't want a full step because then you'll get distracted) above standard bar fare: The chimichurri fries are a standout, and their soyrizo artichoke is weird and wonderful. Happy hour is 3 to 6 on weekdays, with a buck off all wine and beer, and with three big TVs and a projector, it's also a great place to watch the game. — Eve Batey
642 Clement Street at 8th Avenue 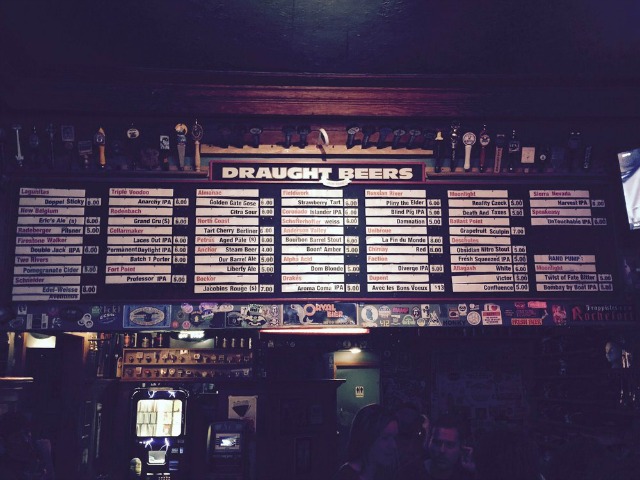 Toronado
With one of the most breathtakingly comprehensive beer selections you've ever seen, the Lower Haight's nearly 30-year-old Toronado is the kind of place known to put out-of-towners off with "sass." But that just makes room for the rest of us! With an impressive list of draught beers (and jillions more by the bottle), you'll be cheating yourself if you go for an old standby when you belly up to their bar. Try something new, and then something new again, as you soak the booze up with an offering from neighboring sausage joint Rosamunde. No, the bartender's not going to kiss your ass, but if you need ass kissing that bad you have bigger problems than figuring out what to drink. — Eve Batey
547 Haight Street between Fillmore and Steiner Streets 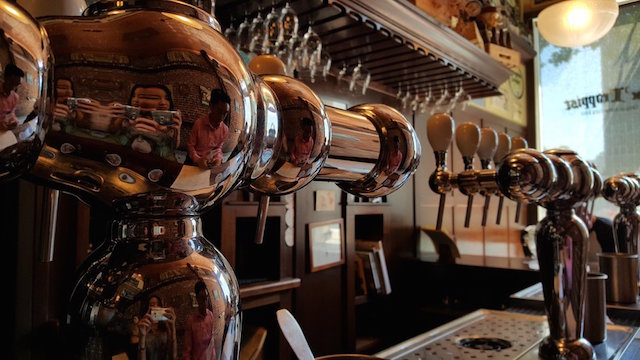 The Trappist
With both a front and a back bar, and 25 beers on tap between the two of them, The Trappist is a destination spot for those interested in putting back a few Belgian beers. The owners place an emphasis on serving beer in the correct glass and at the right temperature, and offer around 100 bottled beers to chose from should you be so inclined. The interior of the place is modeled after Belgium bars, and there's a back patio. What more do you need? — Jack Morse
460 8th Street, between Broadway and Washington Street in Oakland 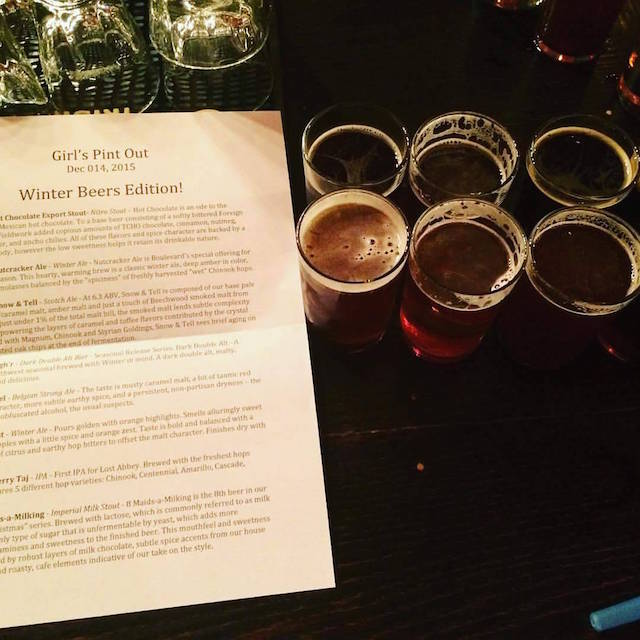 The Willows
Sister bar to Mission Street's Sycamore, The Willows keeps fifteen rotating craft beers on tap in addition to their legit bottle selection (it also has a solid veggie burger, but we've already told you about that). Find your way to the beer den, and get access to five more beers on tap that currently include Delirium Tremens and Dogfish Head's Midas Touch. The bar definitely participates in Beer Week, and tonight is doing a Massachusetts beer tribute, as that's where its owners hail from. Oh, and they have board games, so head on over and drink up. — Jack Morse
1582 Folsom Street, at 12th Street

21st Amendment, Magnolia, and all the other great brewpubs around the Bay  which we'll round up at a later date.

Cellarmaker, and all the other brewery taprooms that have sprung up, including Speakeasy

And good old Zeitgeist, where you just have to be in the mood for a little emotional or verbal abuse

When he's not mocking Congress and pretending that he's not in very deep sh*t these days, arguable sociopath and formerly SF-based pharma bro Martin Shkreli is keeping busy by having an online

—
The 14 Best Beer Bars In SF And Oakland
Share this