AKA, The Hunger Games with Aliens. The world is on the verge of complete destruction by aliens, and only Chloe Grace Moretz and a bunch of teenagers can save it. Based on a series of young adult novels, (shocker!), so if this one makes money, expect to see at least two more in years to come. Being that this has been dumped in theaters in the dead zone of January, we might not have to worry too much about that.

AKA, Robert De Niro Can't Say No. De Niro continues his string of disappointing cinematic choices with this comedy co-starring Zac Efron as an uptight grandson who gets tricked into driving his foul-mouthed grandfather to Florida for spring break. Along the way, they learn a little something about life...and bad movies. 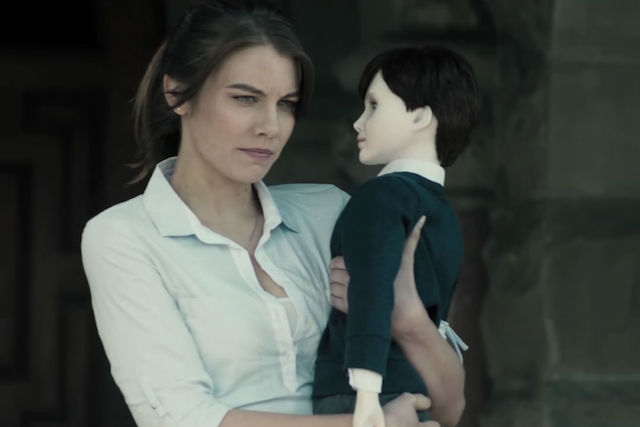 AKA Chuckie's Nanny. Lauren Cohan (The Walking Dead's Maggie) stars as an American nanny who takes a job in a remote English town, only to find the child is actually a doll the aging parents pretend is their long-dead son. Like any sane person would do, she takes the job. And because this is a horror movie and not a comedy — as it SHOULD be — it's not as easy a job as it appears to be. 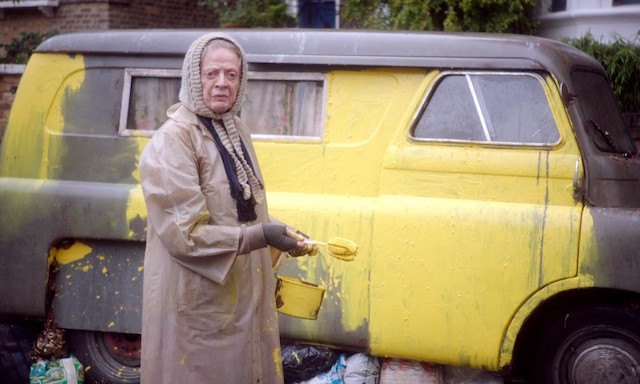 The Lady In the Van - Century and The Clay

AKA We Accept This Award on Miss Smith's Behalf. Some thought Maggie Smith would be a shoe-in for an Oscar nomination for her role in this fact-based comedy about an elderly woman who temporarily parks her dilapidated van in the driveway of a house in Camden, and ends up staying for 15 years. Alas, she was snubbed. She was nominated for a British Academy Award, however, so that's at least one ceremony she definitely won't be attending this year. 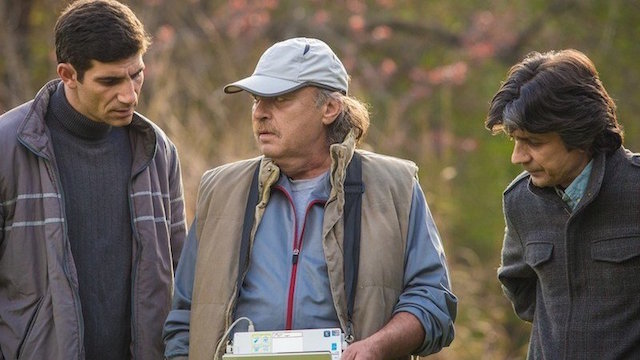 AKA Romanians with Metal Detectors. Deadpan comedy about a two neighbors in Romania who learn a treasure might be buried under their shared property. From Corneliu Porumboiu, director of 12:08 East of Bucharest, and Police, Adjective.

AKA Death Is the Artist. My favorite film festival of the year returns for its 14th run. This year's theme is "The Art of Darkness," so most of the movies will be centered on art or artists of some kind or another. Tonight's premiere focuses on photographers, with Hitchcock's Rear Window, and 1992's The Public Eye, starring Joe Peschi as a photographer loosely based on Arthur "Weegee" Fellig. The festival runs though Sunday the 31st, and is filled with some greats, (In a Lonely Place! Humoresque! The Bad and the Beautiful!) Check out the full schedule here. I'll meet you in the balcony.

It's been so long since people have seen serious amounts of snow in the Tahoe area they've forgotten that it can be dangerous, apparently. 29-year-old snowboarder Christian Michael Mares rode into an off-limits

Flight Aware- 63 total cancellations to & from SFO. Many due to winter storm in the East. (DC, Charlotte & Philly) pic.twitter.com/orBsL1yTP4— Matt Keller (@MattKellerABC7) January 22, 2016 Though the

—
SFist At The Movies: The 5th Wave, Dirty Grandpa, The Lady In The Van, Noir City
Share this