Keep an eye on 725 Harrison, where a cool looking new office complex that we talked about last fall may soon be on the rise. As Socketsite writes, the complex that would occupy three-quarters of the SoMa block at Fourth and Harrison (across Harrison from Whole Foods, bounded on the other side by the freeway viaduct) has just garnered some nods of approval from the Planning Commission. The plans are for a 240-foot tower, a 130-foot-tall mid-block structure, and across the street a 65-foot structure being referred to as a base building.

The Commission also gave some more general feedback for the developers, Boston Properties, and their design from HOK, which they called a piece of “playful and inventive architecture.”

The site isn't currently zoned for this height. At least, not yet. Up-zoning is likely as part of the Central SoMa Plan, however. Still, whether this structure is in keeping with the plan's language that limits new towers in the area to create "a mid-rise district punctuated with occasional ‘spire-like’ towers,” remains to be seen.

As noted before, the 725 Harrison project calls for 907,000 square feet of office space with 10,000 square feet of retail and even more "flex space." The Planning Department did, though, see something missing, or not "directly addressed" — POPOS, or Privately-Owned Public Open Spaces

“The Planning Department requests that the project more directly address the open space requirements proposed in the Central SoMa Area Plan. This would include providing [Privately-Owned Public Open Spaces] POPOS that use up to 15% of the development site with the remainder being provided either offsite, detached from the public realm above grade, or indoors"

To a POPOS fan, this doesn't sound off — and in fact, as the Planning Department puts it, it totally "could be an extraordinary and unique landscape and architecture experience.” Especially if it were, as they suggest, on the roof.

"As this site has a special roofline and ramp character, the Department also suggests exploring how the roof could be used as an extension of ground floor POPOS as a continuous open space experience which, if done as a truly public interface with the street level, would satisfy the ground level POPOS requirement." 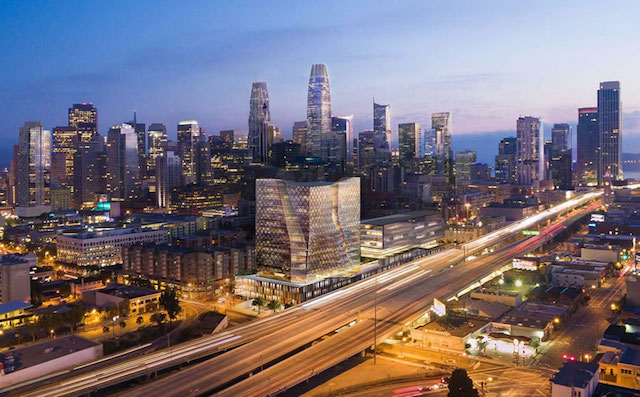 via GIPHY Sex, love, and other mysteries in the city your mother warned you about. For many of us, 2016 began with a kiss and a little bit of hope. For others, you're

The tenth edition of the famed, invitation-only Mavericks surf competition, now dubbed Titans of Mavericks, will most definitely happen during this stormy El Nino winter, it's just a matter of when as organizers