You want a house in San Francisco? Good luck. But a new report shows just how screwed the current market leaves one particular group of wage-stagnant residents — Millennials. Data published by the finance company SmartAsset suggests that those born between 1980 and 2000 can only afford to purchase 135 square feet of housing in San Francisco on average.

This ranks Baghdad by the Bay as the single least-affordable city in the country for members of the much-maligned generation attempting to buy property, much as it's similarly unaffordable for the middle class and almost everyone else.

The data notes that there is a nationwide trend of the millennial cohort buying property at much lower rates than previous generations, and predictably points to major cities as being the least hospitable to would-be property owners.

"With wages stagnant and the cost of education chipping away at savings, many young people cannot afford to buy a home," reads the report. "In New York, Los Angeles, San Francisco and Washington, D.C., the typical millennial may only be able to afford a home of less than 300 square feet. Compare that to the nationwide average size of newly-constructed single-family homes: 2,453 square feet in 2014."

If you feel like getting even more bummed out on this dreary afternoon, additional data about the pathetic purchasing power of those under 35 years old can be found below. 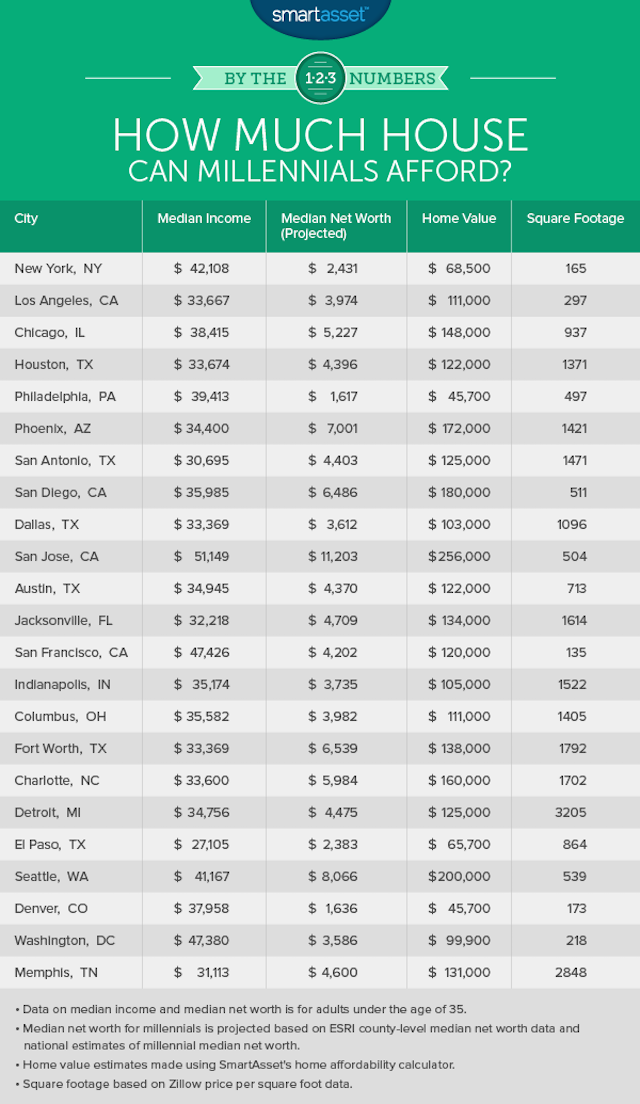 Related: On 'Campus': A College-Like Take On Commune Living For Millennials New To Town

Low temperatures are causing dangerous black ice to form in the East Bay. [Chronicle] A man challenged some alleged vandals in the Financial District and was violently assaulted. [Chronicle] Super Bowl parking plan

It's been an odd and scary year in many ways. But 2015 came on the heels of a number of odd years, and when you cover crime and such on a daily basis,

—
Report: Millennials Totally Screwed When It Comes To Buying Property
Share this