While some of these movies have early screenings tonight, most won't open until Christmas Day. Check your local listings!

David O. Russell's Silver Linings Playbook players are back for this drama based on the true story of the woman who invented the Miracle Mop, something I'd never heard of since mopping is my least favorite activity. This movie is more in league with I Heart Huckabees than it is with Russell's Oscar-winning work so, sorry J. Law! You won't be tripping on the way to the Oscar stage again this year. [And, yes, I sent every single one of your remarks on the film's ad campaign to Gothamist's sales team. They did not fall on deaf ears, and were all taken under advisement. — ELB]

Comedy starring Will Ferrell as the straight-laced new dad, and Mark Wahlberg as the motorcycle-riding first dad, and oh man, I can't even PREDICT what's going to happen, it's such a unique set-up. No! Please! Don't spoil it for me! 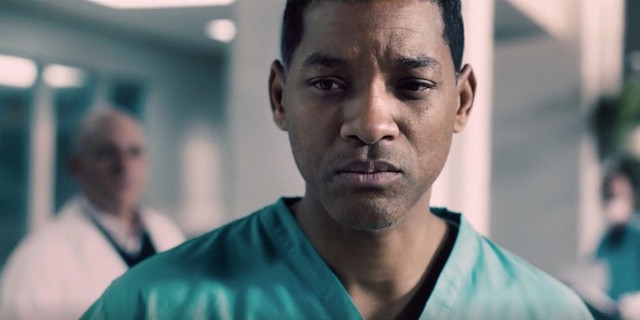 Will Smith stars as the real-life doctor who discovered that professional football playing can lead to  brain damage and a condition called chronic traumatic encephalopathy. So, have fun watching the game after seeing this one! 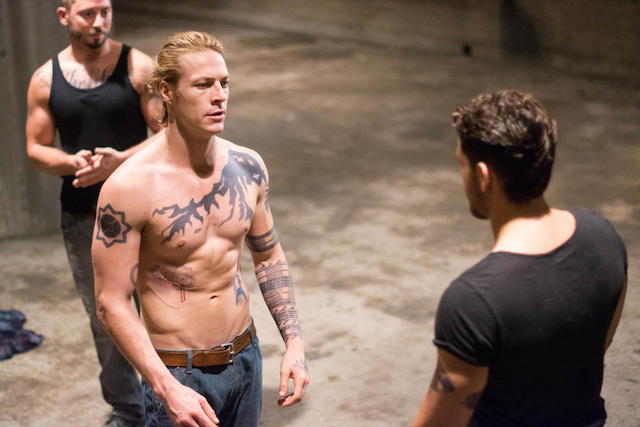 Another movie that didn't need updating gets an update — TO THE EXTREME! Along with surfing, the merry gang of bank robbers the FBI agent infiltrates is into rock climbing, base jumping, snow boarding, and wingsuit flying. Seriously, when do they find the time to rob banks??

Quentin Tarantino returns to the Western genre with this three-plus hour drama about a bounty hunter (Kurt Russell), his prisoner (Jennifer Jason Leigh), and the various characters they meet during a snowed-in stop on their journey to the hanging. Tarantino shot the movie in the increasingly rare 70mm format, and you can see the movie projected in actual 70mm film at both the Century and the Kabuki in San Francisco.

In honor of Christmas after this odd and violent year we've had, an outfit that calls themselves Generic Male DJs has put out a mixtape of almost two dozen rare examples of Christmas

You know that withering, book- and fine carpet-loving Englishman who's woefully stuck in dreary San Francisco and wishes he could see some culture and trees again someday? Well, Benedict Evans, known previously to