Are you feeling poor, by San Francisco standards, and in desperate need to live within the city limits for less than $1000 a month? You don't have many options, I'm afraid. Even rooms with no walls go for $1300 in these parts. But have I got a deal for you today.

A no-frills ad went up this week for a decidedly no-frills room on an undisclosed block in the Bayview. The headline: "Room for rent."

As the above picture shows, the room is defined by some tacked together pieces of drywall, and appears to have just one small window that does not lead to the outside, but simply to an interior space off of which this makeshift room was built.

And it gets better. 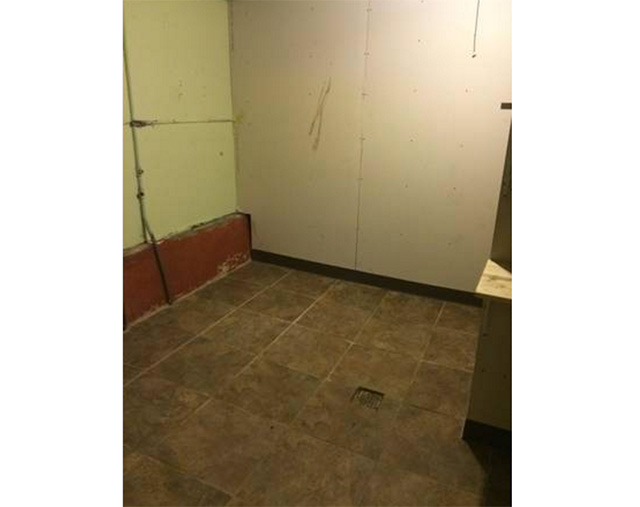 The floor is tiled, and inexplicably there's a drain in the middle of it. What exactly was this space before? That is unclear, but the ad indicates that both a shared bathroom and a shared kitchen are on the second floor, so this is either on the first floor or in the basement. The "murder basement," as the tipster who sent this one in put it.

Oh, but look, you'll have your own built-in shelves. 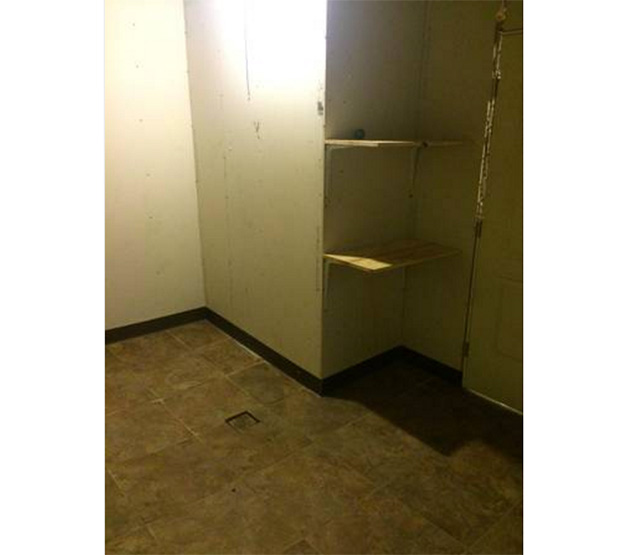 The room is described as 13' x 9.5', so it's not big. The real prize in this property, though, is the door, which appears to have been installed with great care and skill, much like the walls. 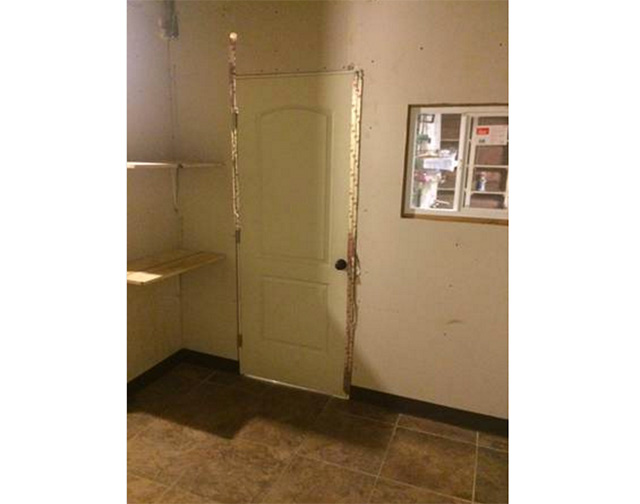 For your $800 a month, in addition to acquiring some intractable depression and a sneaking suspicion each night that you might be killed in your sleep, utilities are included.

And this landlord isn't messing around. S/he wants references from "pass locations" you have lived, and s/he writes, "I am looking forward to rent it out to someone responsible and reliable as I expect rent to be paid on time. I have no tolerance for late payments."

Before applying, though, I'll just say I hope you have prescriptions for Lexapro and Klonopin, and/or a very serious drug problem. Because otherwise I don't know how you'll deal.

After receiving many complaints from Oakland neighbors about illegal alcohol sales, drug use, and loud music played well beyond the mandated 2 a.m. last call, an unlicensed basement club at 36112th Street

Many have noted that Mission Chinese Food really hasn't been as awesome as it once was, specifically back when founding chef and now James Beard Award winner Danny Bowien still lived in San

—
Apartment Sadness: A Lovely Murder Basement In The Bayview, $800/Mo
Share this