Whether you just need some decent whisky to put in your hip flask or you're in the market for a bottle of Carpano Antica to mix your Negronis with, San Francisco has a bevy of fine liquor stores to choose from. This being San Francisco, you can probably find Aperol and a few decent amari at your corner grocery, but below we bring you a selection of spots that specialize in serving your snobbish cocktail needs, as well as your basic weeknight boozing needs.  Jay Barmann


Blackwell's Wines and Spirits
For over ten years, Blackwell's has been the booze store of choice for Outer Richmonders seeking an experience beyond the (often reliable, but rarely amazing) corner store. Owned and operated by the husband-and-wife team of Dita and Gary Blackwell, you're greeted like family from the moment you walk in the door. Of course, they stock the usual suspects (scotch, tequila, vodka, etc), but you can also find rarer treats — that Calvados you remember from junior year abroad, or that crazy Japanese malt whiskey you drank that bonkers night in '02. (Um, hypothetically.) If you're buying hard booze on the West Side, Blackwell's is your absolute best bet. -- Eve Batey
5620 Geary Boulevard between 20th and 21st Avenues

Cask
This purveyor of fancy booze made the cut of our Best Niche Stores, too, and there's a good reason. It is basically my go-to for all things high-end if I need a gift for a Scotch or bourbon lover, or if I need a particular kind of bitters I know no one else will have. Also, they've got your odd stuff too, and this place is where local fancy mixologists run to if they run out of Cardamaro. It's handy if you work downtown, with two locations in the Financial District/SoMa, but otherwise, yeah, it's way downtown.  Jay Barmann
17 3rd Street at Market; 101 Spear Street in Rincon Center; 3185 College Avenue, Berkeley 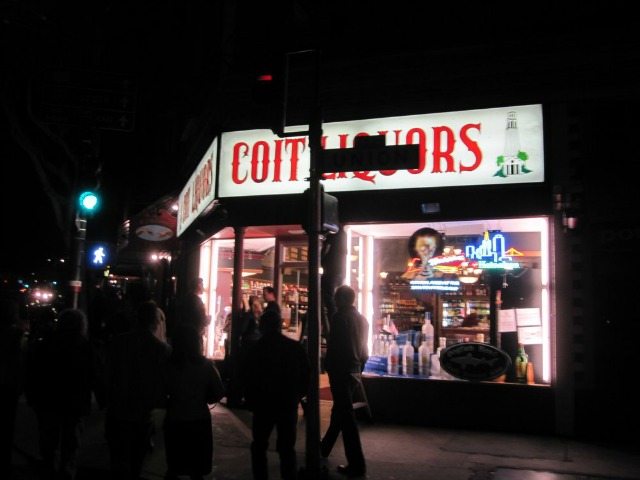 Coit Liquor
Established in 1961 by North Beach fixture Tony Giovanzana, Coit changed hands in 2004, when award-winning winemakers Jeff and Linda Branco took over the business. Though their passion clearly lies in wine, there are plenty of hidden gems to discover at Coit, including a surprisingly large grappa selection and a number of hand-crafted gins you can't find anywhere else in town. Some folks claim that Kerouac shopped here when he was crashing in the city, which seems unlikely since the author's SF period was nearly a decade before Coit opened for business. That said, you can still feel a Beat-ish grit at Coit, a reminder of the SF that once was (and, who knows, could be again). -- Eve Batey
585 Columbus Avenue between Union and Green Streets 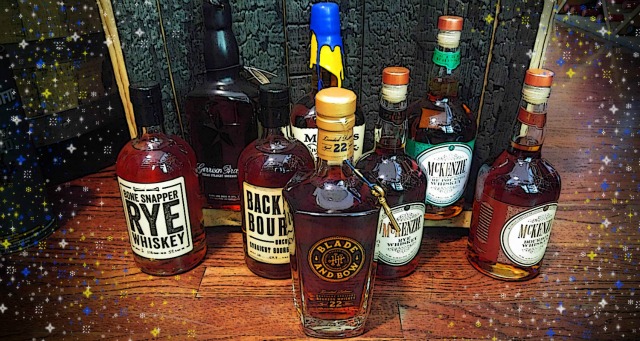 Just a few of the new whiskies Healthy Spirits added to their selection earlier this month. Photo: from their website.

Healthy Spirits
A family-run business operating in SF since 1998, Healthy Spirits expanded beyond its Castro location in 2013, opening a second shop in the Inner Richmond that year. Both spots are known for their vast selection of whiskey and agave spirits, including clubs for both (note these now, as they make great gifts for the fancy boozehound on your list). Both locations also have a knowledgable and friendly staff just as eager to help you find what you're looking for as to introduce you to something new. Just this week they opened a third location in Bernal Heights, and while I haven't been there yet, I expect it'll be just as great as the other two. -- Eve Batey
2299 15th Street at Castro
1042 Clement Street at 12th Avenue; 249 Cortland Street at Bocana 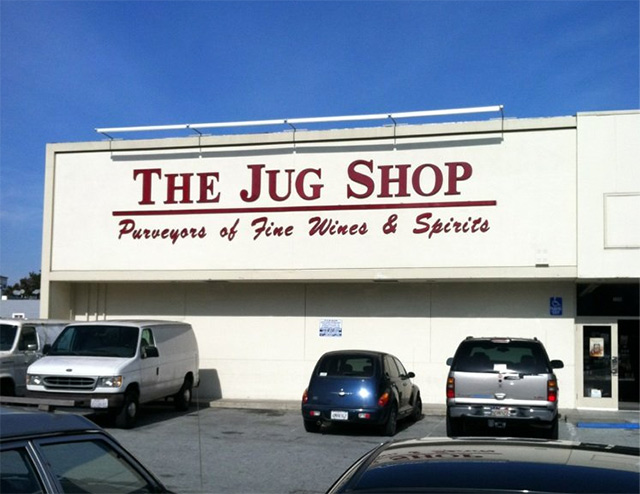 The Jug Shop
Russian Hill mainstay The Jug Shop has been there since 1965, and you can feel it. It's a little worn in there, and no attention's being paid to local, artisanal spirits or precious product displays. It's lots of shelves of lots of booze, with a wide array of beer and wine too, and literally 200 kinds of vodka, in every flavor imaginable. Also, very importantly, they deliver, and it's free within city limits if you spend $100 or more. That alone should keep you from using an app with stupid markups, or making the trek to BevMo.  Jay Barmann
1590 Pacific Avenue at Polk 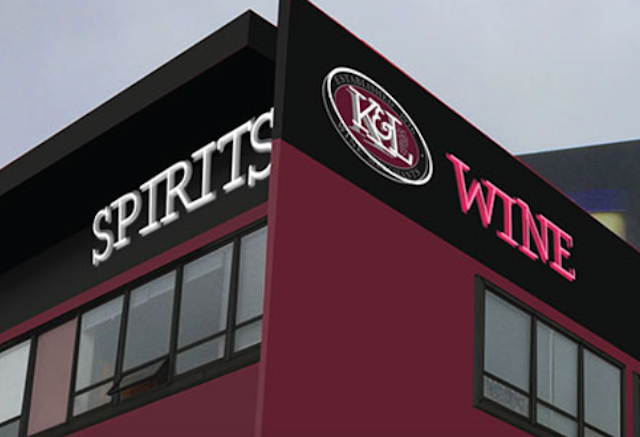 K&L
In the 70's, K&L Wines, which was among our list of the best places to shop for items in that category, went by the name K&L Liquors. "While some things have changed," they write, such as their location which is now a larger warehouse on Harrison, their dedication to "the finest spirits remains the same." The prices are pretty incredible, and conveniently, the inventory is all listed online. You'll notice that's twice what it was since their move, and, if you wish, you can stay in touch with what's hot in the industry with their Spirits Journal. —Caleb Pershan
855 Harrison Street, between 4th and 5th Streets 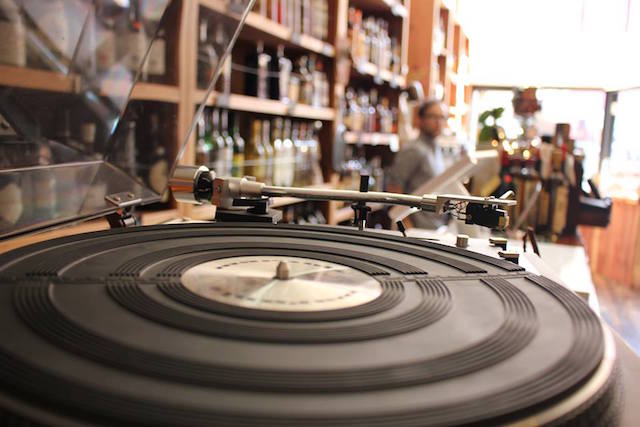 Royal Cuckoo Market
You trust the folks from the Royal Cuckoo bar to make you a) feel right at home and b) a great cocktail. So does the New York Times, highlighting it in their segment on 36 hours in San Francisco. Since last year you can also trust the Cuckoo folks to offer you the finest in cocktail ingredients. At their eclectic, bohemian market expect diverse fernet, absinthe, and amaro selections in a cozy, sometimes candlelit environment. If you're hungry or looking for a fruity cocktail addition, the produce comes right from the Alemany farmers' market. —Caleb Pershan
3368 19th Street between Mission and Capp Streets 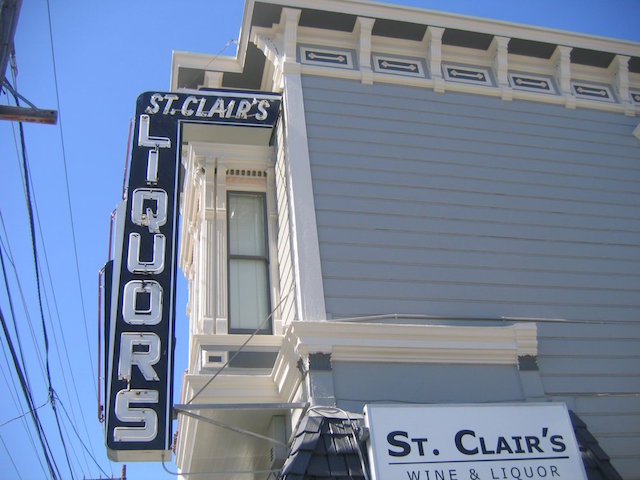 St. Clair’s
What's more San Franciscan than drinking a toast to Bob St. Clair, the former proprietor of the liquor store that bears his name and a 49er hall of famer. Mr. St. Clair sold the place off a while back and passed away this spring. His legacy of dependability lives on in at the store where you'll find great prices, selection, and plenty of character.—Caleb Pershan
3900 24th Street between Sanchez and Noe Streets 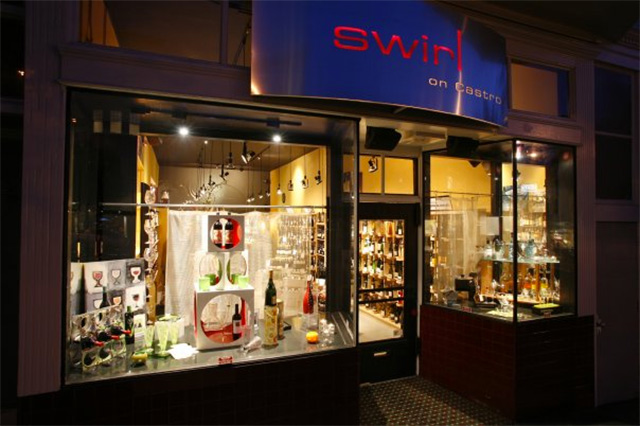 Swirl on Castro
Boasting a strong, if somewhat pricy wine selection, as well as a cute wine bar in back, Swirl has also got a top-notch array of high-end spirits, liqueurs, and bitters, making it the go-to spot for Castro cocktailians. (Nearby Healthy Spirits doesn't have quite the same selection of non-brown liquors.) You are more than likely to see things here you've never seen or tasted before, and for the curious and booze-inclined, that can be dangerous.  Jay Barmann
572 Castro Street between 18th and 19th

"There’s a joke that I’ve heard passed around the circles of frustrated single men in San Francisco," writes payments startup person Steven Tang in a Medium post he's sure to regret,

The day after some mysterious graffiti roiled San Francisco's French American International School with fears of an ISIS message, police say that they've nabbed the tagger, and determined that the spray-painted message was