I'm not sure which is worse, this dramatic comedy starring Bradley Cooper as a brash chef, or the endless use of cooking and food metaphors being used in every single bad review it's getting. HA HA, "half-baked"! LOL, "send it back to the kitchen"! Hee hee "delicious"! Wait, how'd that get in there?

It's Halloween weekend, and aside from how horrible the majority of the movies coming out today seem to be, this is the closest thing we're getting to an actual horror movie. Three teenage boy scouts try to earn the ultimate merit badge: saving their town from a zombie invasion. Sounds like it could be a kids movie, but it's full of boobs and gore, so a definite R. 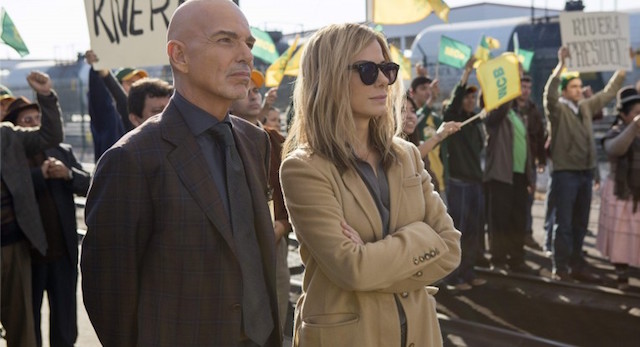 Our Brand Is Crisis - Everywhere

Political satire based on the 2005 documentary of the same name stars Sandra Bullock as an American campaign strategist hired by the Bolivian president to help him win the election against a candidate who has his own American strategist at his side, played by Billy Bob Thornton. Directed by David Gordon Green, who's made some great and some terrible movies, and produced by George Clooney, who has the same record. This one won't be winning any Oscars. 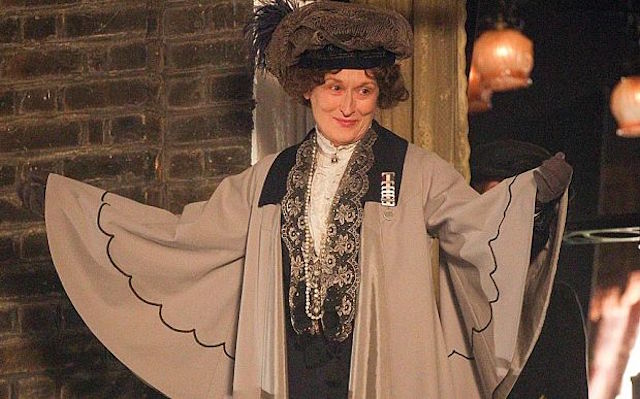 Carey Mulligan, Helena Bonham Carter, and Meryl Streep, (in a small role) star in this drama that mixes fact and fiction in telling the story of women's fight for equality and the right to vote in early 20th century Britain.

All Things Must Pass - Embarcadero

The passing of things we love is something that's becoming a little to familiar to San Franciscans, and the closing of Tower Records almost ten years ago sort of feels like it was the beginning of the end. Tower Records was where I bought my first single and rented my first adult movie, two things that are basically relegated to the internet now. Tower was where my father would spend every Christmas afternoon, spending the gift certificate we gave him every year. (Now he gets one from Amoeba, which, for better or worse, is not open on Christmas.) I'm sure everyone who came of age prior to the advent of Napster has a Tower Records story to tell...

Of course, Tower's closing wasn't an isolated event; the entire chain shut its doors in 2006, and Colin Hanks's documentary looks at the history of the chain, and just what killed it.

Mission Dental Health owner Dr. Jerome Weitz made it a point to remind pot smokers to seek his services more often than abstainers, saying that studies show that cannabis users suffer from increased

Here's why you need to vote next week. Seriously, you need to! [SFist] Can't you imagine something horrifying scrambling through these underground Muni structures? No, I don't mean the N. [Moving SF] The

—
SFist At The Movies: Burnt, Scouts Guide To the Zombie Apocalypse, Our Brand Is Crisis
Share this