Of all the gin joints in all the towns in all the world, Whitechapel has got to be among the best.

With 350 varieties of the botanical spirit including vintage and rare selections that date to the 1930s, Martin Cate, acclaimed for his deeply inventive Smuggler's Cove, has along with John Park and former Smuggler's bar manager Alex Smith (also of Gitane and Novela) given us a new bar to do for gin what Smuggler's did for rum. Namely, to elevate it, treasure it, and let it inspire the imagination. 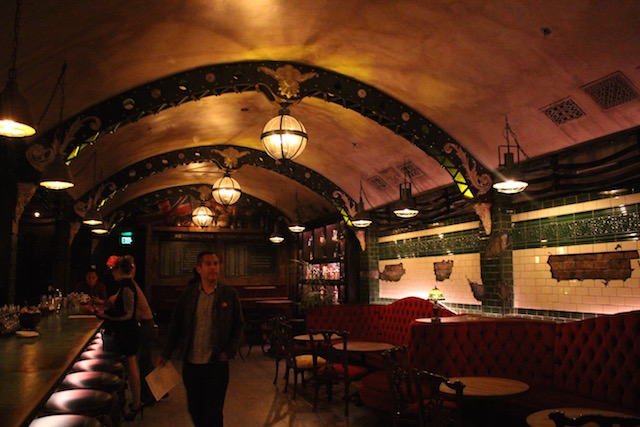 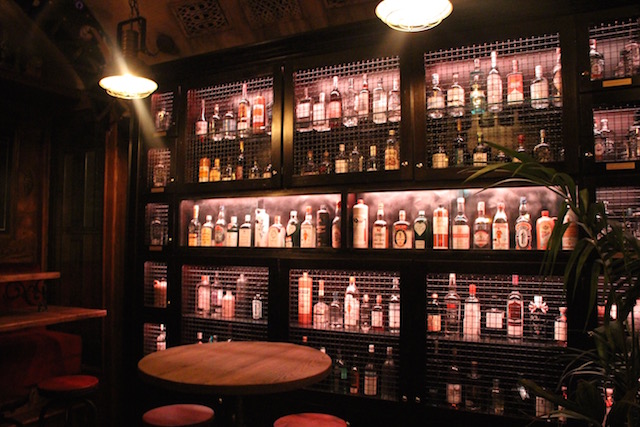 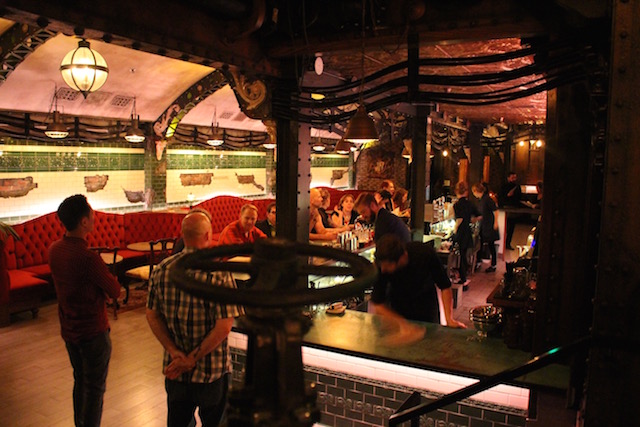 But where in the world is Whitechapel — other than on the corner of Polk and Turk in the former Noble Bar, a space significantly larger than than Smuggler's? Perhaps it's not in this world at all. 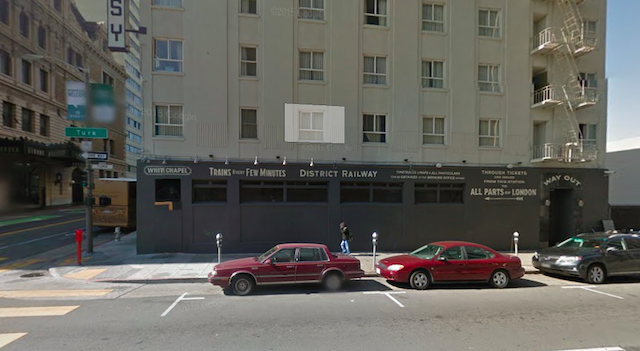 Whitechapel refers to a London Underground station and neighborhood, but deviating from history,"What if some people found a walled off and abandoned Victorian-era Underground station," Cate wondered, "and converted it into a private club and gin distillery?"

That's the speculative question at the center of the bar, and to ask it, Cate enlisted designer Ignacio “Notch” Gonzalez — a San Jose-based metal worker and hot rod enthusiast who also worked on Smuggler's. 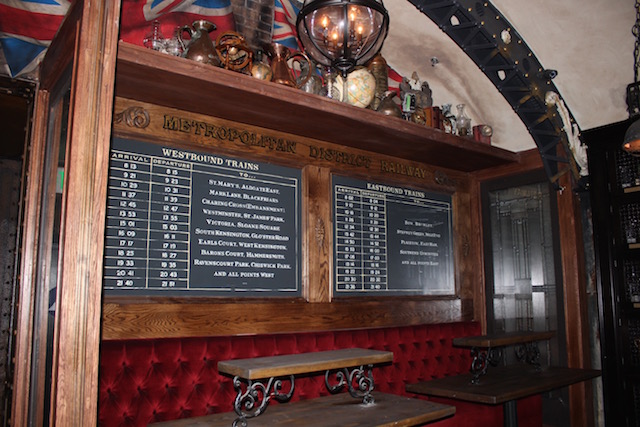 Entering Whitechapel, bargoers arrive on what appears to be just such a station platform, its ceilings stained with mock water damage, its walls adorned with authentic acanthus tiles as designed by architect Lesley Green in 1908 for the Underground. 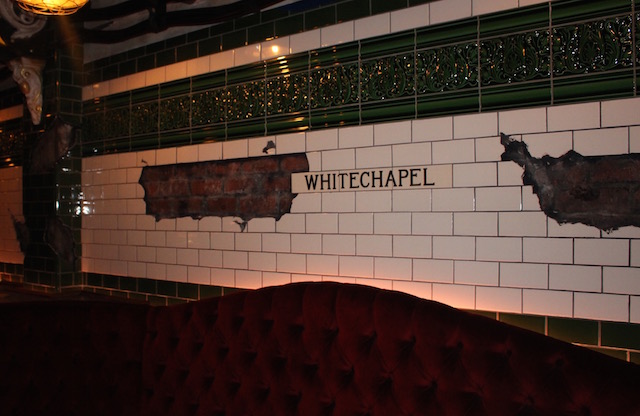 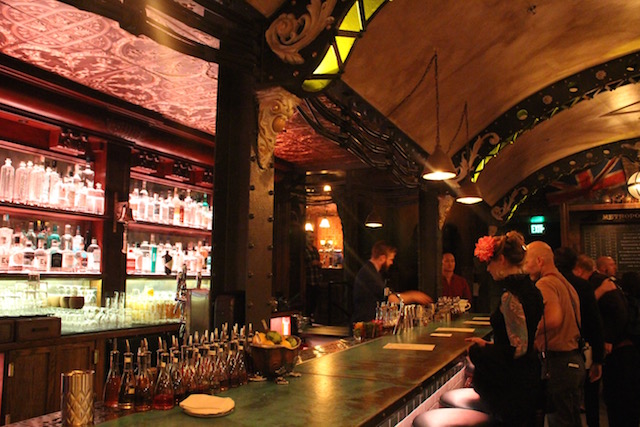 Around the first corner is the distillery, and although it doesn't truly distill anything, infusion tubes containing gin botanicals add to atmosphere and, yes, flavor. This, incidentally, is the room Jules Verne might enjoy most. 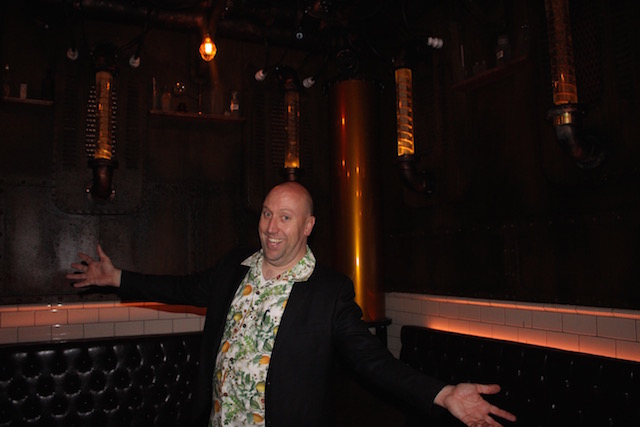 Third, and last, in a regal room that appears blasted out of the platform wall is the Gin Palace. Designed in the style of the public house so popular in 1920s London, it's lush in custom wallpaper decorated with botanicals, which Cate also commissioned in Hawaiian shirt form. Tables in the Gin Palace may be reserved for drinking and dining. 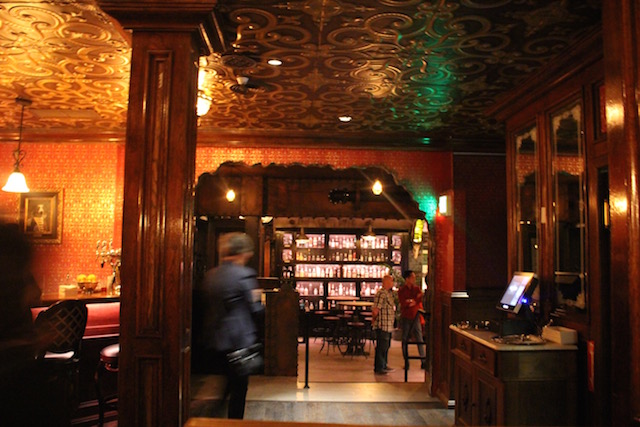 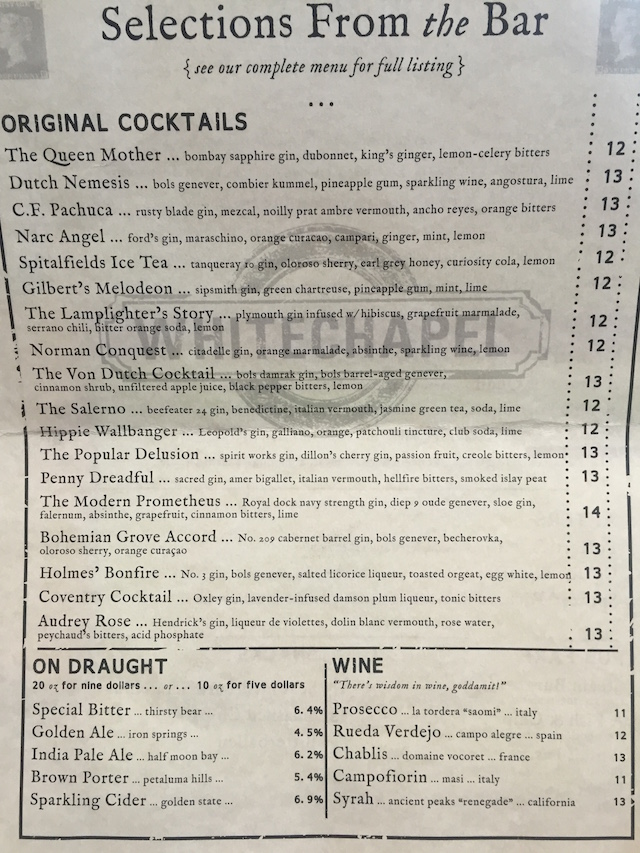 Speaking of dining, Chef David Murphy (formerly of Austin's Uchi) is behind the food, whose conversation with gin and its roots takes the menu from England to the Netherlands to Bangladesh — often combined in a single dish. 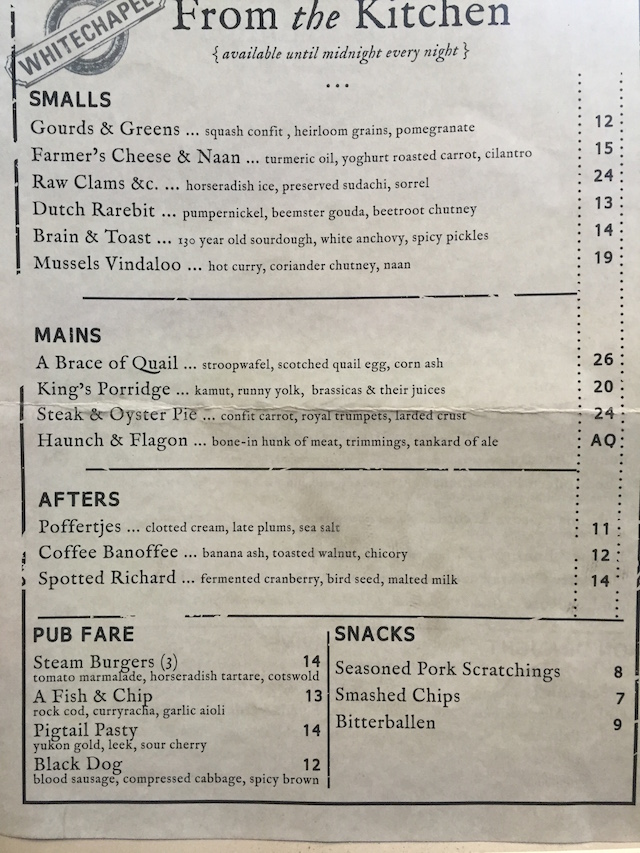 Trains will arrive "every few minutes," per the painted signage outside, when Whitechapel opens to the public today — and there's sure to be a line at the station. 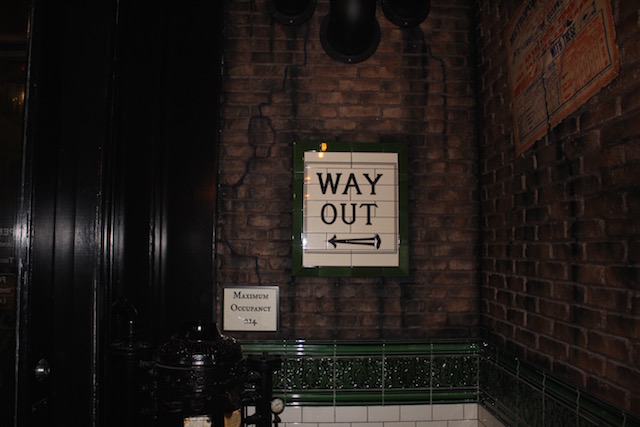 Thirteen years after passage at the state level, a law allowing for the compelled treatment of certain mentally ill individuals will take effect in San Francisco next Monday. Implementation of Laura's Law, as

Attention, dreamers: Don't let anyone tell you that you're too scattered and indecisive to be a criminal. Just look at the guy in the photo above and video below, who allegedly robbed a