While San Francisco is still a far cry from being a fashion capital, we are hardly without fashion sense (ahem, New York Magazine and your superiority of 2014). And in our booming economy we've seen the growth of some homegrown clothing and accessory labels, a smattering of which we'd like to point you to. Some of them even make hoodies, if that is, in fact, all you really wear.  Jay Barmann

Ali Golden
Oakland designer Ali Golden is known for her flowy fabrics and clean lines, with a current collection of women's clothing that's deceptively simple and basic while still standing out from the crowd. Current standouts include a California-made denim jumper (if I owned this, I'd never take it off) and a sexily slit yet covered silk maxi dress. Her upcoming spring 2016 line looks pretty sharp, too. If you visit her Oakland boutique you'll find not just her work but clothing from lines like COMME des GARÇONS, or you can stay Golden-only and shop online. -- Eve Batey
aligolden.com or 482 49th Street in Oakland 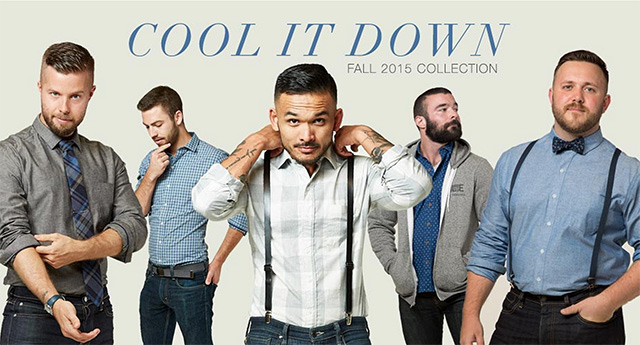 Blade + Blue
I tend to want my clothes pretty classic and tailored without being too over-consciously hip, and the heritage-inspired, on-trend styles of local menswear designer Blade + Blue fit the bill just perfectly. Interesting fabrics and simple designs make the label a go-to for my shirting needs, not to mention the fact that in being a small local label, I'm not bound to see too many others wearing the same stuff. Locally you can find their wares at Sui Generis in the Castro and Asmbly Hall on Fillmore, as well as a few other spots. And if you're curious about the story of the name, it comes from a shelter dog who was nicknamed Lonesome Blue because of how sad he was in the shelter, and renamed Blade once he was adopted by designer Peter Papas in 2011. The name, he says, is symbolic of his underdog company.  Jay Barmann 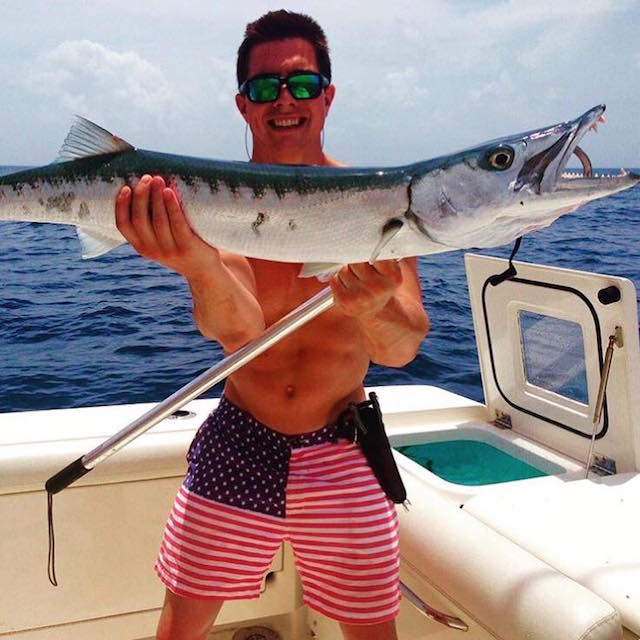 Chubbies
Chubbies wants to be synonymous with kinda fratty dudes having fun on the weekend who can only bear to shop online, and, hooboy have they've tapped into a serious market. The product: shorts, the most popular version being the 'murica's, a garment pictured above that's so ironic and sincere in its patriotism that it's legitimately confusing. Making short shorts "cool" for the straight guy means a little bit of masculine overcompensation, so you'll forgive the brand for being a bit on the nose, bro. In particular, I like that Chubbies makes great swim trunks and that the team has recently expanded to capitalize on the Hawaiian shirt craze. Most importantly, they vow to never make pants. That's a promise. —Caleb Pershan 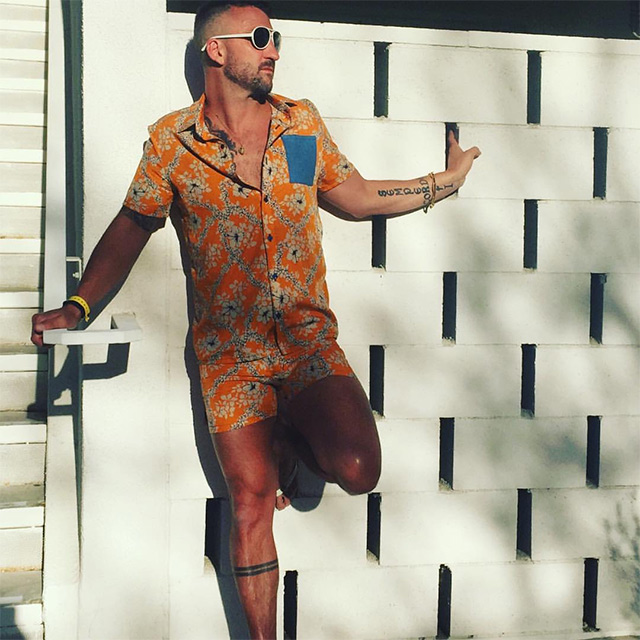 Cute Tank
Local company Cute Tank defines its oeuvre as "edgy, resort and summer menswear," and while that does include a lot of tank tops, they've been branching out into swimwear, shorts (Cute Bottoms), and various kinds of short-sleeve and T-shirts in recent seasons, typically employing bright, often unusual, tropical fabrics. Designers Eden Slezin and Lucas Ringhofer have placed their stuff in stores from Miami to LA and even Australia, but lately you can find a lot of their production ending up on the racks of Rolo and Sui Generis in the Castro, or on their online store. [Ed. Note: Full disclosure, I am acquainted with Ringhofer and Slezin.]  Jay Barmann 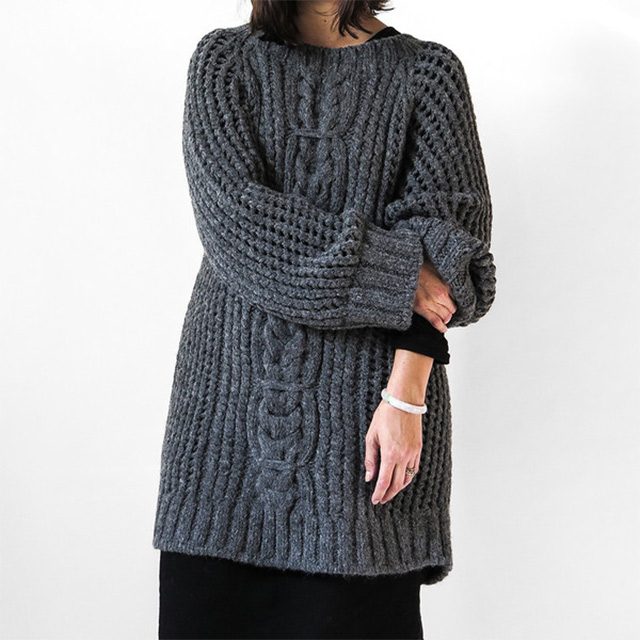 Erica Tanov
Berkeley-based designer Erica Tanov has been making clothes in the Bay Area since opening her first store in 1994, and she now operates a popular, bigger store on 4th Street in Berkeley as well as a five-year-old location at Larkspur Landing in Marin. Her style is well suited to the casually sophisticated Bay Area woman of just about any age from 20 to 60, with dresses, jackets, sweaters, and tops that are as comfortable as they are fashionable. As she told the Chronicle in 2012, of a collection she made that year, "I just wanted to take these opulent fabrics and put them into pieces you can wear every day." Lately, too, she's branched out into home goods, like alpaca shag pillows, as well as jewelry.  Jay Barmann
1827 Fourth Street, Berkeley; Larkspur Landing, Larkspur

I am not even shilling when I announce how much I love my @featherweightclothingco jacket. #upcycle #custom #madeinusa #staygold

Featherweight Studio
Let's get the disclosures out of the way: Featherweight's Krissy Teegerstrom was SFist's first-ever music writer, and we've been friends ever since. But even if I was not tight with Krissy, who currently lives and works in Richmond, I would still be a big fan of her perfectly-fitted sweatshirts; thoughtfully-sourced (no Hanes beefy ts here) original-design t-shirts for men and women; and her one-of-a-kind reworked vintage items for all genders (especially her custom jackets). Every aspect of what Krissy makes — from the hang tags to the origins of her sweatshirt cotton — is thought out in painstaking detail, with an eye toward American sourcing, uniqueness, and individuality. As someone who works from home, I don't need to buy much in the way of clothing, but when I do it's from Featherweight. -- Eve Batey
featherweightstudio.com 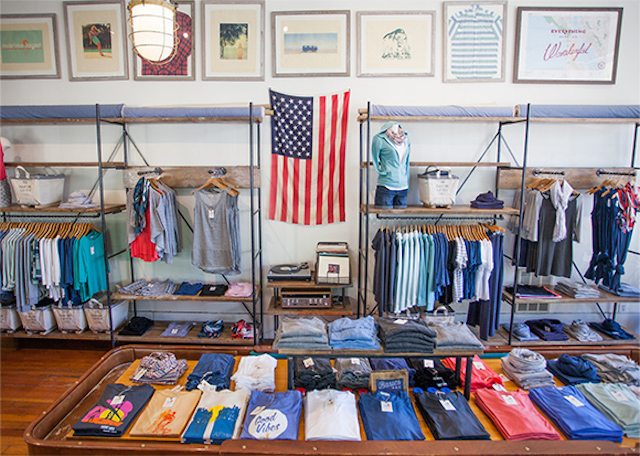 Marine Layer
Among some San Franciscans, hoodies are not a garment, but a lifestyle. You'll find "absurdly soft" ones at Marine Layer, which is probably the best punny name for a clothing store in the Bay Area (Marine Layer = fog), at locations in Hayes Valley and the Marina. I'm a fan of their basic white tee shirt because it's pre-washed and won't shrink, and you can be sure that such items are "handmade in California (by adults)," as reads ones of their signs. The brand has expanded as far as New York and Chicago, but, as founder Michael Natenshon told Men's Journal, "We make clothes for ourselves, our friends. We all live in San Francisco, with this somewhat urban, somewhat active lifestyle, so we try to make clothes that are well suited for it." —Caleb Pershan
2209 Chestnut Street between Pierce and Avila Streets and 498 Octavia Street at Hayes Street

Motley Goods
Designed and manufactured in the heart of the Tenderloin, Motley Goods bags stand out for both their beauty and functionality. Made from Italian leather and super-fabric Cordura, with print designs that range from classic to custom (as pictured above), the bags are hand made by Motley Goods founder Cleveland Motley. In conversation (disclosure: we're friends), Motley told SFist that, "paraphrasing YACHT, in an age of digital reproduction and planned obsolescence, we take pride in manufacturing objects worth owning." The products Motley designs, which include a backpack that doubles as a pannier, are definitely worth owning. — Jack Morse
839 Larkin Street at Myrtle Street 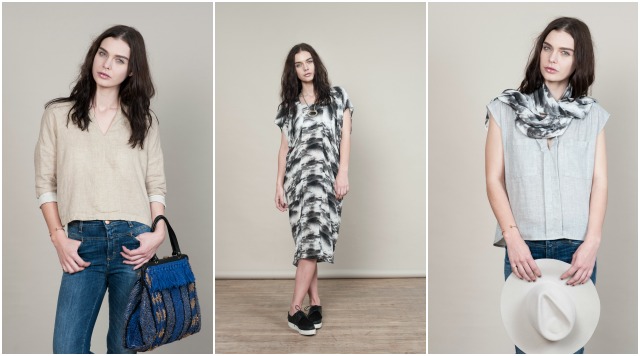 The Podolls
This husband-and-wife team focuses on versatile, sustainable clothing for women, with items handcrafted in San Francisco from handwoven fabric primarily sourced from Japan and India. I'm digging this faux-fur chubby and this cloud-print top, and their line of children's clothing is also worth considering for the well-dressed shorties in your life. At their 24th Street store, you'll also find menswear and accessories from a curated list of labels, and you can shop their full line on their website. -- Eve Batey
shopthepodolls.com or 3985 24th Street, between Noe and Sanchez 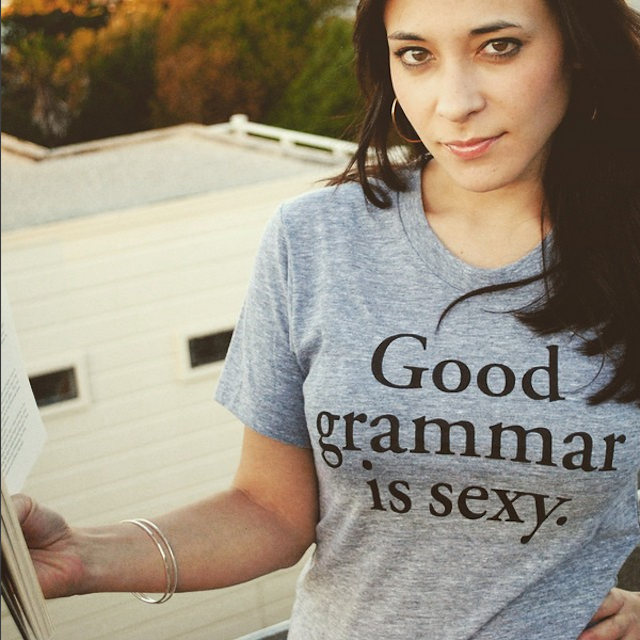 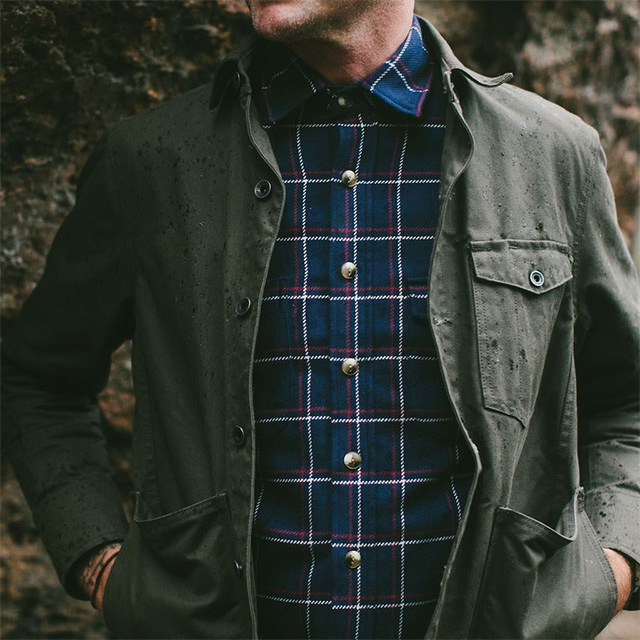 Taylor Stitch
Possibly becoming San Francisco's top local menswear label, Taylor Stitch began as a mostly custom shirt shop on Valencia. They now sell an array of American-made, traditional, preppy attire, from basic Oxford shirts ($98), to well made flannels, jackets, and chinos out of two shops, with the second in the Marina. They have a few women's items too, and in addition, they've got a crowdfunded Workshop in which they launch new styles by essentially getting customers to pre-pay, at a discount. One of the latest items is this Maritime Shirt Jacket which will later sell for $188 in the store, but which you can get for $148 via the pre-sale. Also, if you give them your email, you get an automatic 20 percent off your first purchase.  Jay Barmann
383 Valencia Street and 2030 Chestnut Street 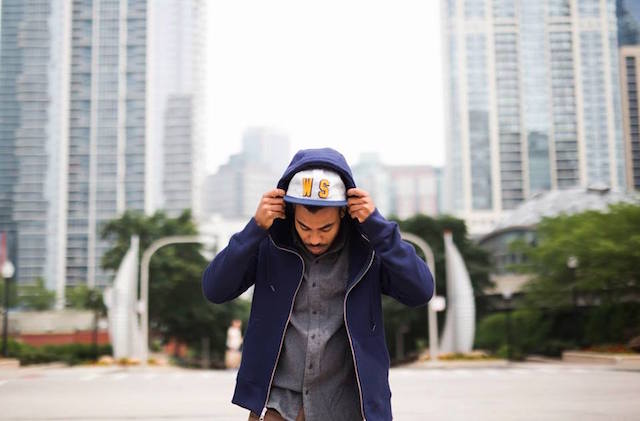 Welcome Stranger
"Everyday staples for the journey ahead," is the motto at Welcome Stranger, which stocks brands like Saturdays and APC. But check out their in-house brand for thick cotton T's, hats, khakis, and most of all, unique outerwear. This clothing is built for the trail or the bike lane, not the runway, and it's all the better for it. —Caleb Pershan
633 Ashby Avenue, Berkeley and 460 Gough Street, San Francisco

Westward Leaning
The sunglasses made by San Francisco-based Westward Leaning stand out in a crowded marketplace for obvious reasons. The company's jewelers "cut, weave, sew, and sand the frames’ unique accent materials" by hand, and the attention to detail shows. With seven unique frame designs, and many more colors to chose from, the discerning sunglasses wearer will definitely find something that speaks to them. — Jack Morse
3001 19th Street, Between Harrison and Alabama Street Courtesy of Blade + Blue

As promised back in July when we last heard October as the timeframe for the debut of Wise Sons Bagel in the Fillmore, I've got an update for you. Tablehopper got a peek

The California Department of Corrections Tuesday announced official guidelines regarding sexual reassignment surgery for transgender inmates, making California the first state to publicly set such standards. This move, which comes after two cases