Litquake is ready to rumble into its 16th year of lit readings both austere and whack, celebrating the Bay Area’s best authors, bookworms and wordsmiths. Kicking off Friday night and running through October 17, Litquake 2015 offers more than 200 literary events in unconventional and exotic venues over a nine-day schedule. We’ve picked out our 21 favorite events, readings, and parties listed on the jam-packed and extremely lengthy Litquake 2015 schedule... because honestly, who has time to read these days?

FOOLISHNESS, STUPIDITY AND VICE: "Lemony Snicket", otherwise known as Daniel Handler, is joined by satirists and cartoonists Lisa Brown, Will Durst, Mark Fiore and others at Z Space, presumably to talk shit about society and the current human condition. 450 Florida St., 8 p.m., $12

LITQUAKE IN THE CASTRO: Top LGBT authors are drawn together at Magnet with Lynn Breedlove, Belo Cipriani and others. 4122 18th St., 1 p.m., Free

ANTI-MEMOIR, OR I'M TELLING IT MY WAY: Former Board of Supervisors member Carol Ruth Silver is part of this panel of writers who crafted non-traditional memoirs  Silver's, titled Freedom Rider Diary, was written in a Mississippi jail when the Freedom Rides broke out in 1961. San Francisco Center for the Book. 375 Rhode Island St., 7 p.m., $5 donation 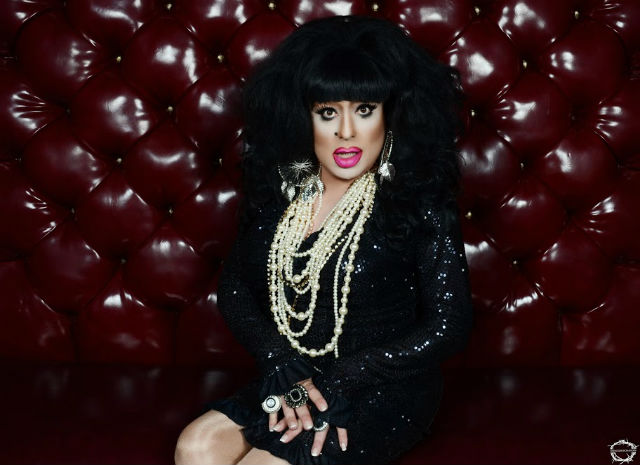 SEX, DRUGS AND ROCK & ROLL: SEASON OF THE WITCH BY DAVID TALBOT: David Talbot receives his One City One Book prize for his celebrated SF nonfiction Season of the Witch at a Z Space reception at with local scribes Susie Bright, Ben Fong-Torres and the music of the Ethel Merman Memorial Choir. 450 Florida St., 8 p.m., $25 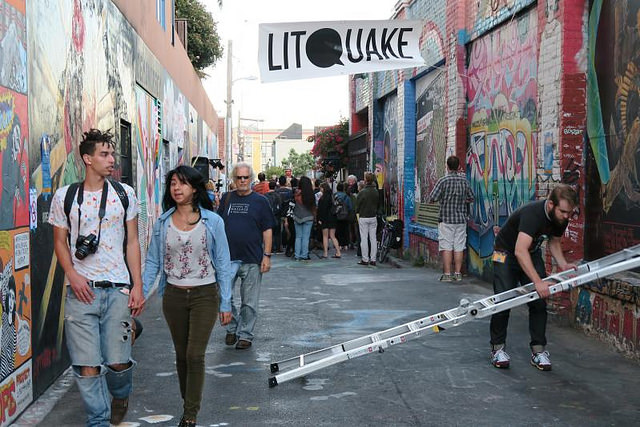 LIT CRAWL: The notorious boozy Closing Night proceeding Lit Crawl is billed as “the world's largest literary pub crawl” covering three-and-a-half hours and countless venues on the Valencia Corridor. Even The Hook-Up Truck is gonna be there! There are dozens of pop-up events all over Lit Crawl, but a few standouts deserve attention. Valencia Corridor, 6 p.m., Free

THE BAWDY BARD: A NIGHT OF NAUGHTY SHAKESPEARE TRIVIA: Comedian Jill Borque and bob vivant Johnny Funcheap preside over a Shakespeare trivia night, with an obvious emphasis on the dirty stuff. Improvised sonnets are also on the the boozy bill at Public Works. 161 Erie St., 6 p.m., Free

CHAOS, CACOPHONY, “BOB” AND SUBLIME STUPIDITY: From the Church of the Subgenius to the Cacophony Society the founding of Burning Man, San Francisco’s tradition of pranksterism is analyzed at The Chapel by a panel featuring Dr. Hal Robbins, John Law, - KrOB and more. 777 Valencia, 7:15 p.m., Free

THE STAGE: ON AND OFF, BACK TO FRONT!: Bongwater’s Ann Magnuson blazes up a panel at Aquarius Records with writers Brian Grillo and Josh Rosenthal. 1055 Valencia, 8:30 p.m., Free

Shortly after a woman was fatally shot in a residence near Union Square and the Westfield Mall, police detained a man they described as "a person of interest." Thursday afternoon, the San Francisco

After inciting the wrath, and occasional death threats, from the entire internet last week, the founder of that Peeple app  dubbed the "Yelp for people" because it would allow everyone to review everyone

—
Litquake Preview: 21 Cool Things To Do at Litquake 2015
Share this