"It seems impossible that you can find a real, 'normal' bar filled with regulars just steps from Market Street and/or the St. Regis," my esteemed SFist colleague Eve Batey wrote of Dave's just a few months ago.

But some things are too good for this world — a rapidly changing one here in San Francisco — and soon it will be even harder to find what was, as Eve put it, "an oasis of reality in an increasingly unreal part of town."

Yes, Dave's, as has been rumored and already lamented by stunt mayoral candidate Stuart Schuffman, among others, has lost its lease. The bar confirmed to SFist today that it will close at year's end.

Why isn't Eve reporting this news, you ask? As she promised, "If SFist ever has to write a 'landlord troubles drives out Dave's' story,' just head over to 850 Bryant to bail me out, as I will be RIOTING."

Thus, Eve is indisposed at the moment. 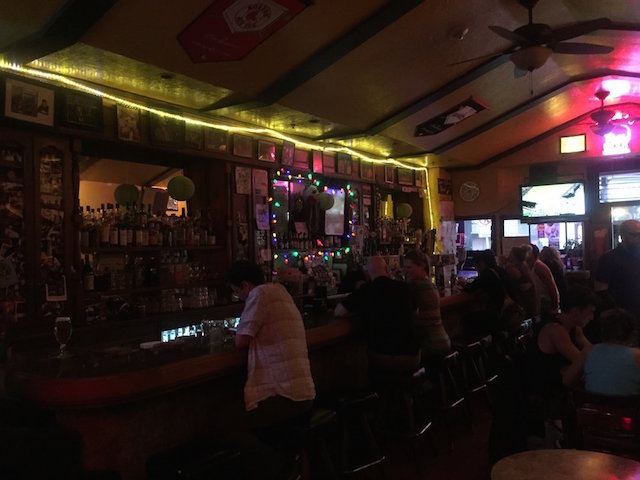 Dave's was a regular spot for regular regulars, and that isn't likely to carry over exactly to its successor. The space will be taken on by the Future Bars team, who is responsible or such trend-setting watering holes as Bourbon & Branch and Rickhouse, as well as fancy liquor store Cask, which is next door.

By way of a premature eulogy, as said by another fan on Yelp, Dave's is:

A bar where the staff is genuinely friendly. A bar where a "shot of Fernet" is more like a "giant glass of Fernet." A bar where a round won't cost you a bill. A bar that's never empty, and never full (unless you bring in 30 of your closest friends). A bar where you can share a surprisingly solid BLT, Lady & The Tramp style, with one of your friends, and no one will even blink.

by Daisy Barringer A 49ers loss used to devastate me. Literally, one bad game could impact my entire Monday, if not my entire week. I suppose that’s because I had hope for