For everyone who thinks the Apple Watch is an unnecessary advance, check out the Apple Ring. A new patent application filed Thursday and noted by Forbes and Techworm, among others, suggests that Apple will be making an even smaller wearable device in the coming years, one that may have voice and touch controls as well as gesture controls that could make it useful as an Apple TV remote.

Like the Apple Watch it will need to communicate with a parent device like an iPhone or iPad, and it is meant to be worn on the index finger with control by the thumb.

But we shouldn't get too excited just yet. As The Verge points out, "Many of Apple's patents don't go on to be recognizable products, so one shouldn't assume that Apple is putting a smart ring into production." But they're definitely thinking about it. 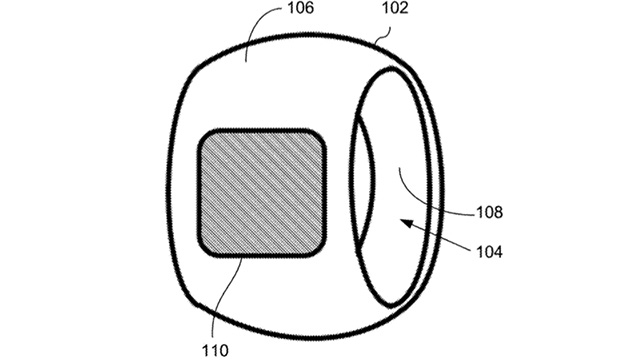 A user controls an external electronic device with a finger-ring-mounted touchscreen that includes a computer processor, wireless transceiver, and rechargeable power source; the ring is worn on a first finger receives an input from a second finger, selects one of a plurality of touch events associated with the input, and wirelessly transmits a command associated with the touch event to the external electronic device.

There is also the addition of biometrics, either for security or for health monitoring, a la the Apple Watch. And there's mention, as Techworm points out, of "Another option of built-in accelerometer and gyroscope modules [that] are provided to accept gesture input with enough precision to facilitate handwriting capture."

But will it come in rose gold?

The news only goes from worse to f--king terrible when it comes to the two-year-old eastern span of the Bay Bridge, and today's update is no exception. The lead designer of the bridge,

Hardly Strictly Bluegrass is definitely about music, and oh what a broad range there always is. And it's surely about community, too  the shows are free and freewheeling, and lots of folks are

—
Apple Appears To Be Designing A Smart Ring Now
Share this